The withdrawal of TF Sport and multiple champion Jonny Adam from British GT improves the prospects of its rivals, but as JAMES NEWBOLD explains, underscores that the championship hasn’t escaped from COVID-19 completely unscathed

Imagine if Mercedes took a year out of Formula 1 on the eve of the season and Lewis Hamilton was unable to defend his crown. It seems unthinkable, but on Monday British GT experienced its own version of that scenario with the announcement that defending champion team TF Sport would be pulling both its Aston Martin GT3 entries for this season, leaving four-time champion Jonny Adam without a seat to defend his title.

Having won each of his championships (2015, ’16, ’18 and ’19) with a different co-driver, the Aston Martin factory ace was targeting number five this year with 2014 series runner-up Ahmad Al Harthy, who won the Blancpain Endurance Pro-Am title alongside Adam in 2017.

Even amid a 19-car GT3 grid boasting more depth than it has in years, with the benefit of lessons learned in the new-for-2019 Vantage GT3’s first season resulting in “a few changes behind the scenes in testing”, Adam reckoned the pairing would have been a strong bet at for the top honours at the end of the season. 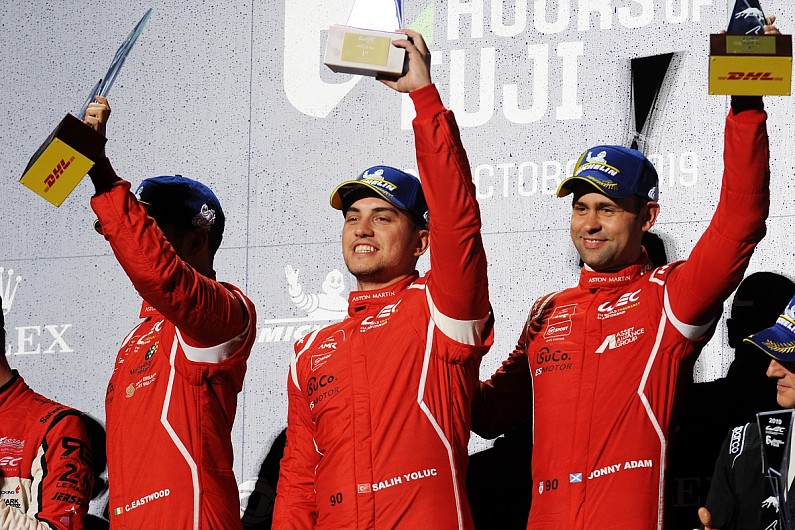 That meant Adam’s title hopes were seemingly over before the season had even started, but it wasn’t much better for Al Harthy either.

The travel demands of such a congested calendar – with three races in August – combined with uncertainty over restrictions from Oman meant a British GT return was no longer feasible, and with the second TF entry set to be driven by 2019 GT3 co-champion Graham Davidson and graduating GT4 champion Tom Canning also falling by the wayside owing to the impact of the pandemic on the North Sea oil industry forcing Davidson to “be a lot more cautious”, TF Sport has been forced into a one-year hiatus from GT3.

It will continue with its two-car GT4 programme and campaigns with Yoluc in WEC and GT Open, before a planned return next year.

“It will be weird not competing in it and instead just watching, I’ve not done that for a long time” Jonny Adam

“It’s a shame really, I know how much effort Ahmad has put into doing British GT this year but a lot of people are in the same boat,” says Adam. “You can’t fault SRO because they’re restructured the calendar so everyone can get a season of racing in, but unfortunately those date clashes are unavoidable.

“It will be weird not competing in it and instead just watching, I’ve not done that for a long time. I may turn up for a round or two, but hopefully this is just a year out and next year we can try and put something together. I’ve still got the hunger to do it, and British GT is a good customer programme for Aston.”

Adam will still have a vital role to play off-track, his expertise in getting the most from both car and customers making him a useful asset for Aston’s lone 2020 GT3 customer Beechdean AMR – the squad with which he won his first title alongside Andrew Howard in 2015 – and also acting as an invaluable mentor to the four young chargers in TF Sport’s GT4 line-up.

But his absence from the entry list certainly leaves the door open for new challengers to take up the mantle. 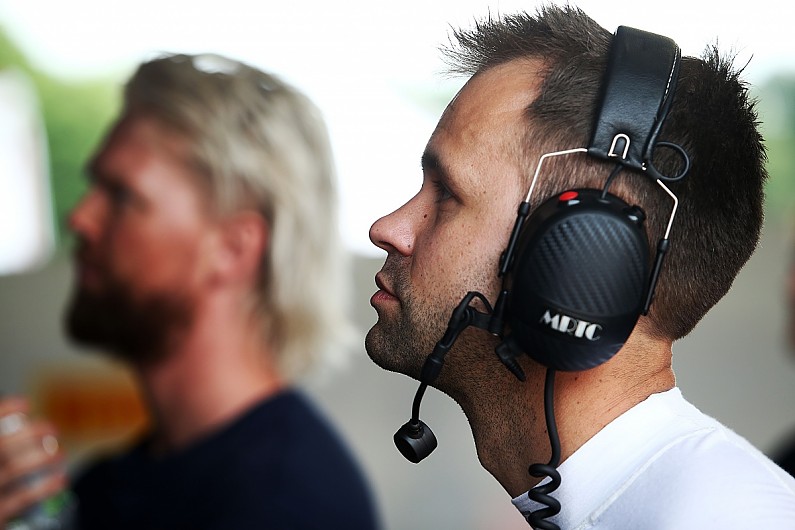 However, before we get ahead of ourselves, we can’t presume that TF will be the last team whose 2020 plans are impacted by the pandemic. That may seem pessimistic, but in a championship that counts wealthy amateur drivers as its lifeblood, it must be a point of consideration for series organiser SRO.

Motorsport remains a luxury activity for those with disposable income and in times where business owners are tightening their belts, racing an expensive GT3 car at the weekends quickly ceases to be a priority.

As Davidson puts it, “I’ve just got to play the sensible game. You can’t have all the toys all the time, can you?”

Of course, none of that is British GT’s fault, and removing Spa from the calendar has gone some way to cutting down costs for participants. Autosport understands another entry is being finalised to replace the second TF car and bring the GT3 ranks back up to capacity, following the Matt Griffin and Duncan Cameron Ferrari 488 Evo announced in the same release covering TF’s departure.

What may play to SRO’s advantage is a recognition from amateur drivers originally looking to race in Europe – like Cameron, who traded his planned International GT Open assault for British GT – that getting their fix closer to home may be a better bet in this year of uncertainty.

“I do think things will shift, these are strange times,” says Griffin (below), who last raced in British GT in 2017. “There’s a big appetite for racing, that’s still there, but I think people will shift what they’re doing based on their personal preferences.

“For every race team, professional driver and promoter out there, it’s all a little bit up in the air and 2020 is going to be a season you need to get through and reset for in 2021.” 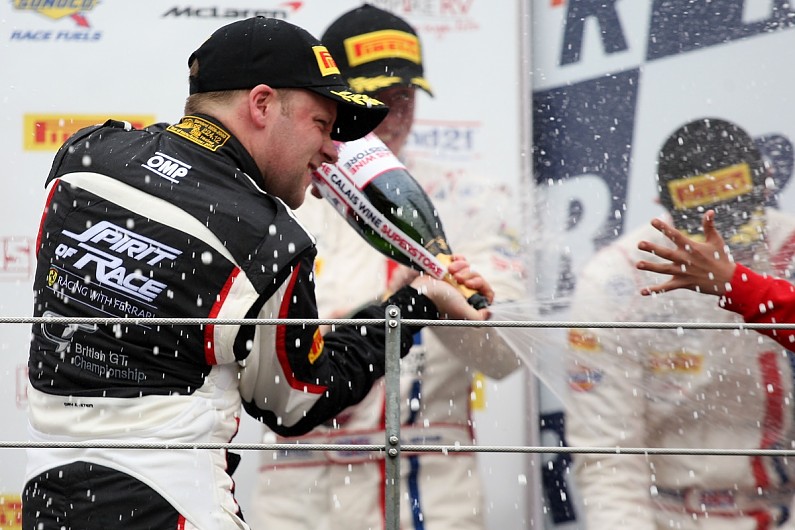 Even though they won’t be doing all the rounds due to the Le Mans clash, the return of a pairing that first won a British GT round in 2009 – and in a brand-new car to boot – is a welcome boost for the championship and supports Adam’s cautious optimism that pro-am racing can survive the brunt of the pandemic.

“The impact of this is definitely going to affect motorsport in different ways,” he says. “But customer racing hopefully will still continue.”

There will be many people at SRO hoping he’s right. 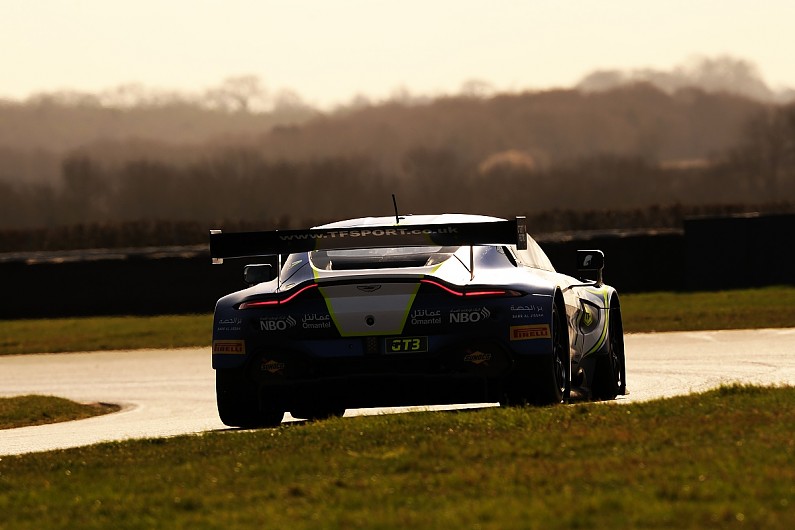 Wed Jul 29 , 2020
Mercedes Formula 1 boss Toto Wolff says the team is “in the dark” after Lewis Hamilton struggled with an “all over the place” car in Styrian Grand Prix second practice. Hamilton finished the session in sixth position, over 0.6 seconds slower than his team-mate and Austrian GP winner Valtteri Bottas, […] 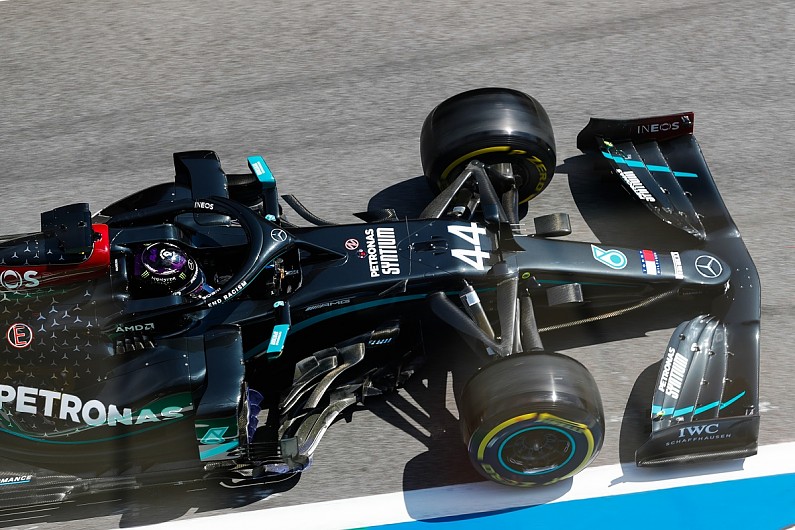