For the first time in its history, the Indianapolis 500 will be run this year outside the month of May. The pandemic forced the annual Memorial Day weekend tradition to move to Sunday, and no spectators will be allowed at the Indianapolis Motor Speedway.

This was expected to be an important year in the history of IMS because Roger Penske, IndyCar racing’s winningest and most iconic owner, and his Penske Entertainment Group took ownership of the speedway from the Hulman-George family at the start of 2020 and made numerous improvements to the property.

Here are five drivers who are worth a wager:

Scott Dixon (4/1 at William Hill): He’s the best driver of his era and still arguably the best driver in the series at 40 because he’s the most intelligent. He strikes the perfect balance between knowing when you have to be a driver and knowing when you have to be a racer. He has not only one of the fastest cars, he also has his great longtime race strategist in Mike Hull. Indy 500 races aren’t always won by the fastest car. Often they are won on strategy and fuel mileage, and no one manages that better than Dixon.

Marco Andretti (9/1): Andretti has only two IndyCar Series wins in 240 starts, none since 2011, but something may have clicked here. He always has seemed to struggle with his confidence in having to follow his grandfather Mario and father Michael. At 33, perhaps he’s a late bloomer. One thing’s for sure: He knows how to get around Indianapolis and will be the first to take the green flag Sunday.

James Hinchcliffe (22/1): The Canadian was without a full-time ride this season and is running only a few races with Andretti Autosport. He always has been fast at Indy and has qualified on the front row three times, including on the pole in 2016. Hinchcliffe starts on the outside of Row 2 and should be able to stay up front, since it will be hard to pass in the heat.

Graham Rahal (25/1): Unlike peer and rival Marco Andretti, Rahal has found some consistency in the IndyCar Series with six career wins, though none since 2017. However, like Andretti, Rahal has never gotten to Victory Lane at Indianapolis. His best finish was third in 2011, but this might be his best chance in several years here because he did something he hasn’t done since 2010 — qualify in the first three rows. Perhaps Andretti taking the pole lit a fire under Rahal. The IndyCar media and fans have always wanted a rivalry between the two young Americans since they came through the go-karts in their teenage years.

Ed Carpenter (40/1): Carpenter is an Indy native and three-time pole sitter who finished second here two years ago. He focuses mostly on the ownership of his team and is essentially a part-time driver now at 39, racing only the ovals. He starts in the middle of the grid, but this is a very good price on a veteran driver.

Thu Aug 20 , 2020
The IndyCar Series will continue to hold races at Portland until 2023, despite the cancellation of this year’s race due to COVID-19, after event promoters signed a three-year contract extension. The 1.96 mile Portland International Raceway was a fixture on the IndyCar calendar between 1984 and 2007, the final year […] 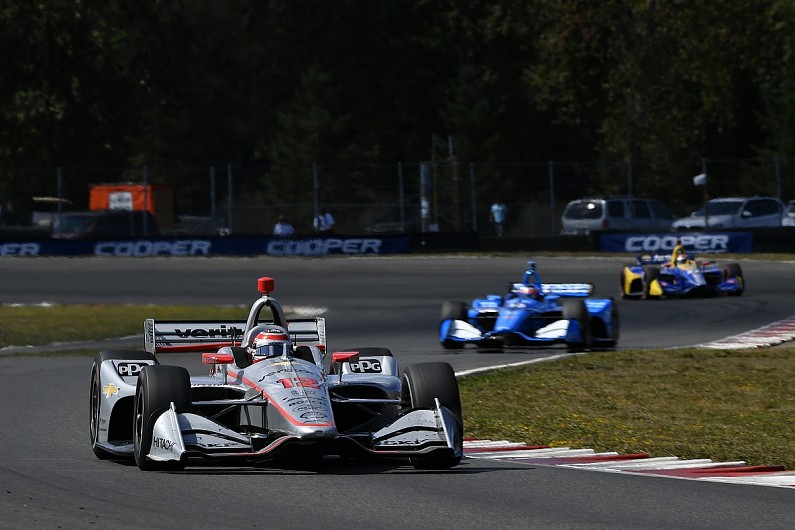