Max Verstappen led the Formula 1 paddock’s praise for Nico Hulkenberg after his impressive display in 70th Anniversary Grand Prix qualifying, saying he “definitely deserves” to be on the grid.

Racing Point stand-in Hulkenberg charged to his best qualifying result in over four years on Saturday at Silverstone, taking third place on the grid behind the two Mercedes drivers.

It marked Hulkenberg’s best Saturday result since the 2016 Austrian Grand Prix, when he took third in qualifying before moving up to second on the grid due to a penalty.

Hulkenberg’s running in the Racing Point RP20 car has been limited since his late call-up last week following Sergio Perez’s positive test for COVID-19, ruling him out of both Silverstone events.

Prior to his return last weekend, Hulkenberg had not driven an F1 car since his final appearance for Renault at the end of last season, when he was dropped in favour of Esteban Ocon.

Red Bull driver Verstappen and ex-Renault team-mate Daniel Ricciardo were quick to congratulate Hulkenberg on his performance after qualifying, meeting him as he got out of his car in parc ferme.

Verstappen said that while the Racing Point car was undoubtedly quick, Hulkenberg deserved credit for his display, proving he is deserving of a place on the F1 grid.

“Nico did an amazing job in qualifying,” Verstappen said after finishing one place behind Hulkenberg in fourth.

“They did a very good job over the winter, but I really hope that this will help Nico find a seat for next year, because he definitely deserves to be in F1. 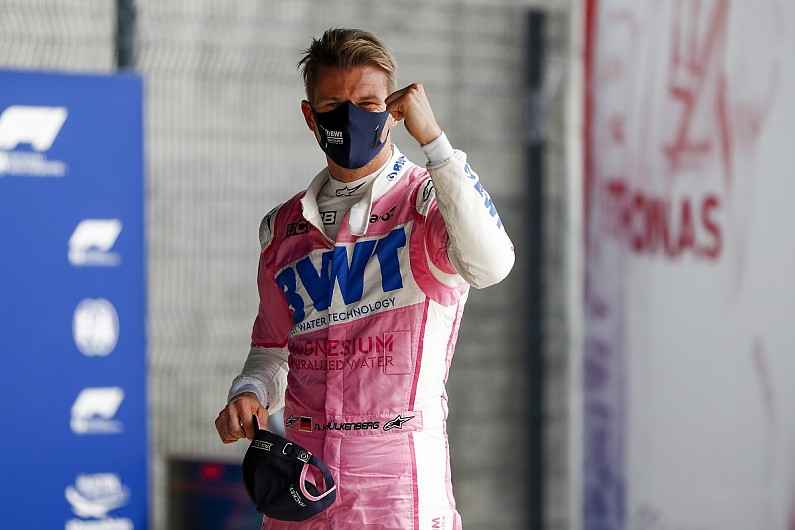 “There are definitely a few drivers who are not as good as him at the moment, and they are in F1. It’s hopefully a great boost for him I mean.

“Firstly today I was not very happy with how qualifying worked out for us. But I was very happy for Nico being third.”

Ricciardo qualified just behind Hulkenberg and Verstappen in fifth place for Renault, and was also complimentary of his former team-mate’s performance.

“The Hulk’s come in, I think he’s adjusted his neck this week, he’s feeling free and ready to go,” Ricciardo joked.

“But honestly, hats off to him. We all know that car is working. I don’t want to just say it’s the car.

“He’s obviously done a really good job, and to be sitting on the couch for so long, it’s not easy.

“Even though he’s a veteran, it’s not easy to do that. I don’t care what anyone says.

“Hats off to him. He’s done a really good job.”

Hulkenberg confirmed on Thursday that he is talking to teams about a possible full-time return to F1 next year, with Perez expected to return to his Racing Point seat for the Spanish Grand Prix. 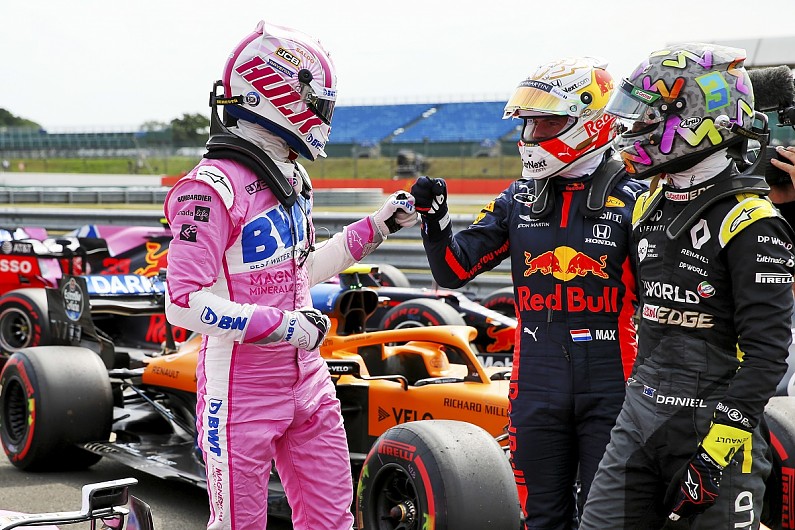 “I think we did help him by substituting Checo with Nico,” Szafnauer said.

“That in itself gave him an audience so to speak to see what he could do when he’s been out of the car for as long as he has.

“That’s a help we gave him. The rest is up to him now.

“I think he’s done himself no harm, getting up to speed like he has in the last two races.” 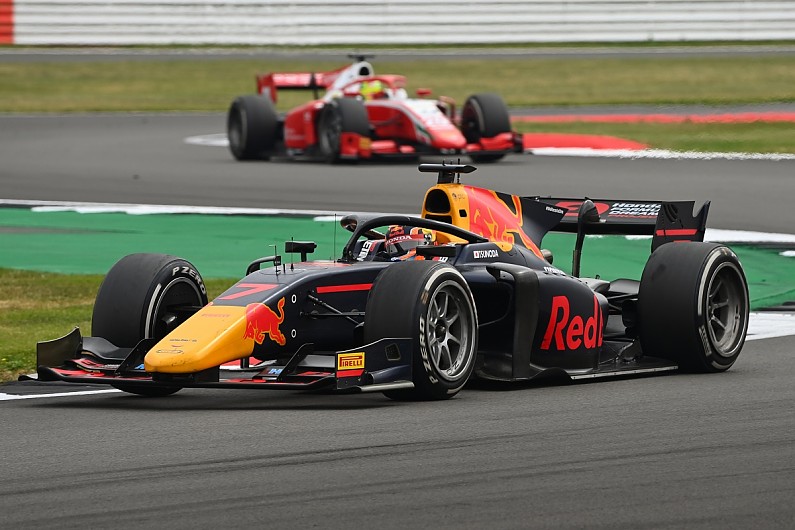