Eighteen-year-old Gamble, joined by the number two car team-mates Rob Wheldon and Wayne Boyd, repeated their class win from pole position as they drove the Ligier JS P320 LMP 3 to victory at Spa-Francorchamps in Belgium in the second round of racing.

The team took P1 in qualifying to set up a pole start on the grid for Sunday’s race.

Wheldon made the most of pole position to open up a lead, despite the setback on lap eight when two safety cars were deployed.

Another safety car followed but again it was normal service for Wheldon, who pulled away from the chasing pack to hand a 4.5 second lead to Gamble at the two-hour mark.

As Gamble headed out of the pit lane to build on his team-mate’s good work, a full course yellow was declared due to a stranded car at turn 15.

To add to the hold-ups, the rain settled on parts of the Spa circuit, which made it more challenging.

But the Epperstone driver proved his worth and extended the gap at the front when he handed over to Boyd after an hour in the hot seat.

With Boyd behind the wheel the gap stabilised to 55 seconds and they topped the LMP3 class, as they did in France in the opening round.

“The car was fantastic all weekend,” said Gamble. “Wayne did the first bit by putting us on pole and then Rob did a phenomenal stint building an advantage.

“I jumped in the car in the lead and built a bit more of a gap and Wayne did a great job bringing it home.

“I’m looking forward to going back to Paul Ricard where we know we have got a good car.”

Zak Brown, team owner and chairman of United Autosports, said: “Another fantastic race weekend for the team. I’m very proud that we are leading both championships after two rounds. Awesome effort by the whole team. I’m looking forward to seeing how we get on for the rest of the season now.”

Racing returns in France for the third round on August 28.

Wed Aug 12 , 2020
McLaren Formula 1 technical director James Key says plans for the team’s new windtunnel are running a year later than planned due to the impact of the COVID-19 pandemic. McLaren announced last year that it was planning to upgrade its facilities at its Woking base and construct a new windtunnel […] 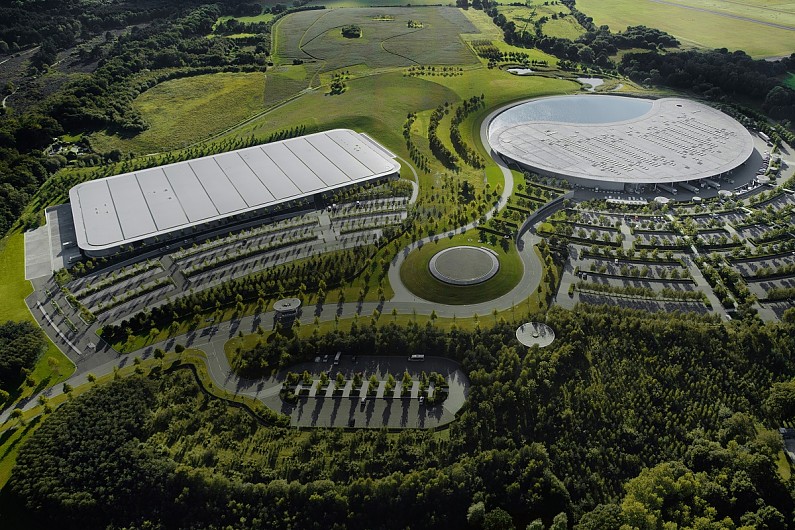