“He joined us as a teenager and has accomplished so much in his time here and we remain focused on the remainder of this season and earning him a spot in the playoffs.”

Jones began the 2020 campaign with a victory in the non-points Clash race and has five top-five and eight top-10 finishes in 20 races.

He is currently 18th in the series standings and sitting outside the 16-driver playoff field.

“I greatly appreciate the opportunity that JGR provided me with over the last four years and I wish the team nothing but success and good fortune,” said Jones.

“JGR gave me a solid foundation from which to go out and compete at the highest level and I look forward to building on that in the years to come.” 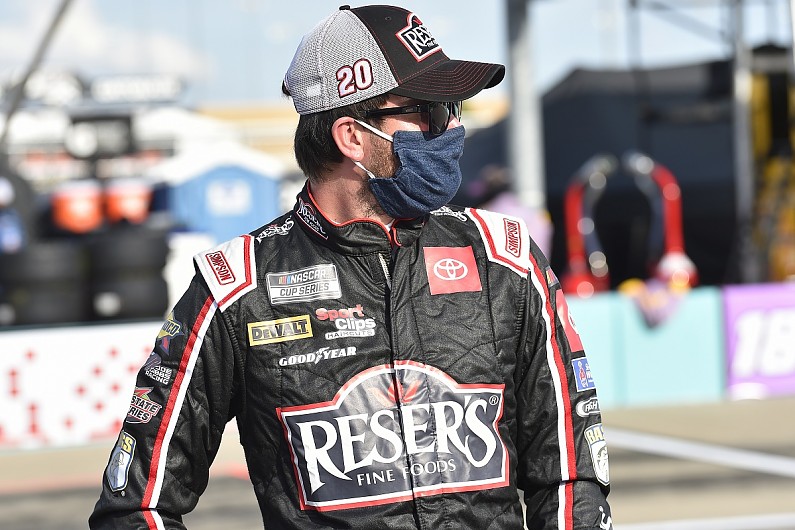 Jones won a Truck Series championship in 2015, and finished fourth in the second-tier Xfinity Series standings and earned rookie of the year honours in 2016 in his only full-time season in that series ahead of his move to the Cup category.

Ed Laukes, group vice president, marketing for Toyota Motor North America said in a statement: “Erik has been an incredible friend to Toyota throughout the last eight years.

“We’ve become close not only to Erik, but to his entire family.

“We’ve celebrated together, we’ve cried together and we’ve supported each other through it all.

“Unfortunately, the time has come that we have to part ways from a competitive standpoint.

“We know Erik will continue to do great things in this sport and wish him nothing but the best in his future endeavours.

“We will certainly continue to follow his career and will be there to congratulate him as he continues to succeed.”

A handful of high-profile rides remain open for next season, including a replacement for seven-time Cup champion Jimmie Johnson at Hendrick Motorsports and a permanent replacement in the No. 42 Chevrolet at Chip Ganassi Racing, after Kyle Larson lost his seat after a racial slur.

Fri Aug 7 , 2020
Despite some nervous moments prior to departure for his Arrow McLaren SP team, Fernando Alonso officially is stateside to begin his third attempt at the Indy 500. Alonso posted a photo Tuesday from his flight to the United States, where he will be through the Aug. 23 race at Indianapolis […]