Last December Turkey announced that its wait to produce a fully homegrown car was about to come to an end as the country unveiled the first prototypes of its new electric vehicles in the northwestern town of Gebze.

Progress since has been on track, with the Turkish public witnessing a historic groundbreaking ceremony on Saturday for the construction of its first domestic car plant in Bursa province, a region known as Turkey’s automotive capital.

During the ceremony, President Erdogan said the construction of such a huge complex will radically change people’s image of Turkey’s indigenous car manufacturing industry.

“We plan to complete the (construction of the) factory in 18 months and take our (first) vehicle from the production line in the last quarter of 2022,” Erdogan said.

The president said that he was proud that Turkey was capable of undertaking the challenge despite the ongoing Covid-19 pandemic and that Turkey was able to realise its car manufacturing dream after the unsuccessful attempt at producing the Devrim (Revolution) automobile in 1961.

Gurkan Karakas, the CEO of Turkey’s Automobile Joint Venture Group (TOGG), said that the complex is more than just an automobile factory and will also serve as a centre for research and development, as well as a customer experience park.

The executive explained that the new cars incorporate a smart production network with real-time data and compatibility with the Internet of Things. He also explained that the cars will have enough battery range to compete with petrol fueled alternatives.

“We have come a long way in the development of the battery and e-power unit architecture. We have almost completed the design of our high-tech battery that will provide between 300 to 500 kilometers (190 to 300 miles) of range with different packages,” Karakas said.

Speaking about the environmentally friendly specification of the models, Karakas said: “(TOGG cars) are one-ninth of the legal (emissions) limit in Turkey, one-seventh of the legal limit in Europe and it is the cleanest in Europe.”

The electric vehicle platform, designed by TOGG engineers will be original and patented.

The platform will provide a structure for maximum efficiency, comfort, durability and safety.

Karakas stated that the factory will produce one million vehicles in five different models until 2030. He said that 93 percent of TOGG’s supplier sourcing has been completed with 78 percent from Turkey and 22 percent from European and Asian countries.

The indigenous car project will see a fixed investment of over TL 22 billion ($3.21 billion), and the factory will start mass production in 2022 with an annual capacity of 175,000 units.

Turkey has drummed up more than $126m to fund innovation and regional development, according to the country’s industry and technology minister. The electric car will produce 175,000 units a year.

Turkey is already a big exporter to Europe of cars made domestically by firms such as Ford, Fiat Chrysler, Renault, Toyota, and Hyundai.

The factory will employ 4,323 staff, including 300 technically qualified personnel.

Tue Aug 4 , 2020
Ferrari team principal Mattia Binotto says the recent restructuring at Maranello has allowed him to step back from his involvement in its Formula 1 technical department. Since moving up from his technical director role to become team boss last year, Binotto has had to juggle responsibilities across the entire Maranello […] 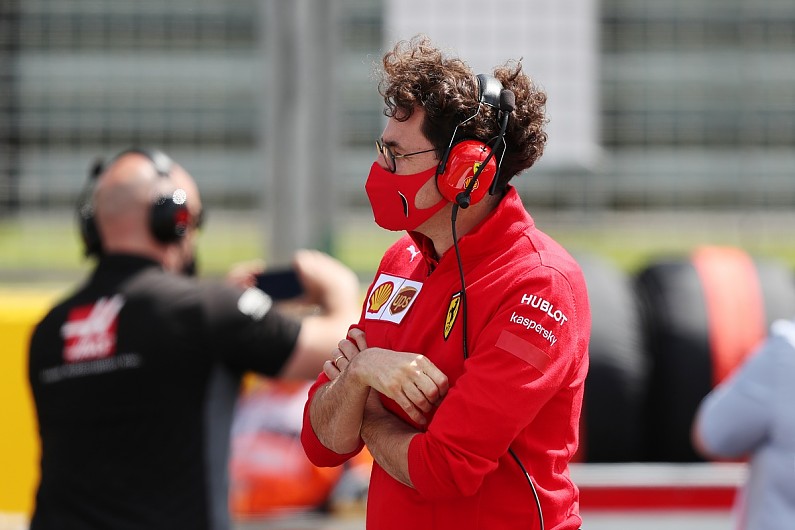