When jovial business guru the late John Harvey-Jones visited the Morgan Motor Company in 1990 for the BBC’s Troubleshooter show, he declared the firm “almost automatically doomed” due to its outmoded manufacturing and inability to edge production beyond a quaint nine-and-a-half vehicles per week. The waiting list, often 10 years long, that sometimes resulted in would-be owners being laid to rest long before their cars emerged from the factory really would have to be addressed…

Thirty years later, production has soared to a heady 15-plus cars per week (for contrast, Toyota builds more than 13,000 per day on average) and Harvey-Jones’s recommendation to modernise has finally manifested in the most radical leap forward: a redesign of the resolutely retro Plus Four. It’s a key model in the marque’s offering that has remained largely untouched since its introduction in, er, 1950.

Arriving at the ramshackle brick buildings in Pickersleigh Road, Malvern Link, Worcestershire – Morgan’s home since 1914 – I am pleased to see that things still look much the same as ever. The timber store is well stocked with blocks of ash for making the wooden framework to which bodywork and vintage-style running boards are attached; part-finished cars are still being pushed by hand from one build process to another; and there isn’t a robot in sight.

But when it comes to the finished product, Morgan has modernised – and then some. Instead of the steel chassis that formed the basis of the original Plus Four, the new car sports a “CX-Generation” platform made from bonded aluminium, at the front of which sits a two-litre BMW TwinPower Turbo engine tuned to produce a useful 255hp.

The combination of new underpinnings and lightweight aluminium panels set around the signature ash frame make for a weight of a gossamer 1,009kg in the automatic model, giving the car a power-to-weight ratio of 253hp per ton – which makes for true 21st-century sports-car performance (0-62mph in 4.8s and a top speed of 149mph).

Until recently, the Morgan line-up comprised several four-wheel models with similar looks, plus the more aggressively styled Aero Eight and the quirky Three Wheeler that harks back to the brand’s origins as a maker of lightweight “cyclecars”.Now the range has been distilled to comprise the Three Wheeler, Plus Four and Plus Six (an ultra high-performance model also on the CX-Generation platform but with a six-cylinder BMW engine), with the Plus Four set to become the most popular model.

Outside and in, it looks similar to the old car, with the same slightly fiddly manually folding roof, low-cut doors and a cockpit that, while easier to get into, still demands a fair deal of flexibility. Once ingress is achieved, there’s miles of legroom and a comfortingly low-tech dashboard with just the basics: speedo, rev counter, start button and one knob each to control a blower and heater (nothing too precise – just cold, warm or warmer). The flat windscreen is just the same too – so long and narrow that it requires three short wipers to cover its area. The sound system, however, has had an upgrade, with Bluetooth connectivity and some quality speakers for music streaming.

But it’s only in driving the Plus Four that the difference from its predecessor becomes readily apparent. The rigidity of the aluminium platform completely eliminates all of the old model’s shakes and rattles and, combined with up-to-date suspension and braking systems, it’s far smoother, sharper and more relaxing at both low and higher speeds. When the occasion demands, it really is blisteringly, cartoonishly quick…

While Harvey-Jones might not be too pleased that annual production numbers are only just hovering around the figures he was hoping to see 30 years ago, he would not be sad that Morgan has moved away from its original remit of 1909 to produce cars for everyday motoring (its first model was called the Runabout): the car I drove, with extras including special paint, box weave carpet, sports exhaust and luggage rack (an essential) carried a price tag of £74,949.

And with the waiting list now down to six months, you can even have one delivered in the same lifetime.

Wed Jul 29 , 2020
In quarantine, every day feels the same and every month feels more mundane than the last. We’re stuck inside waiting it out, wanting something, anything, to change. But not all constants are bad. Just look at the Mazda MX-5, known by many as the “Miata.” When Mazda brought the Miata […] 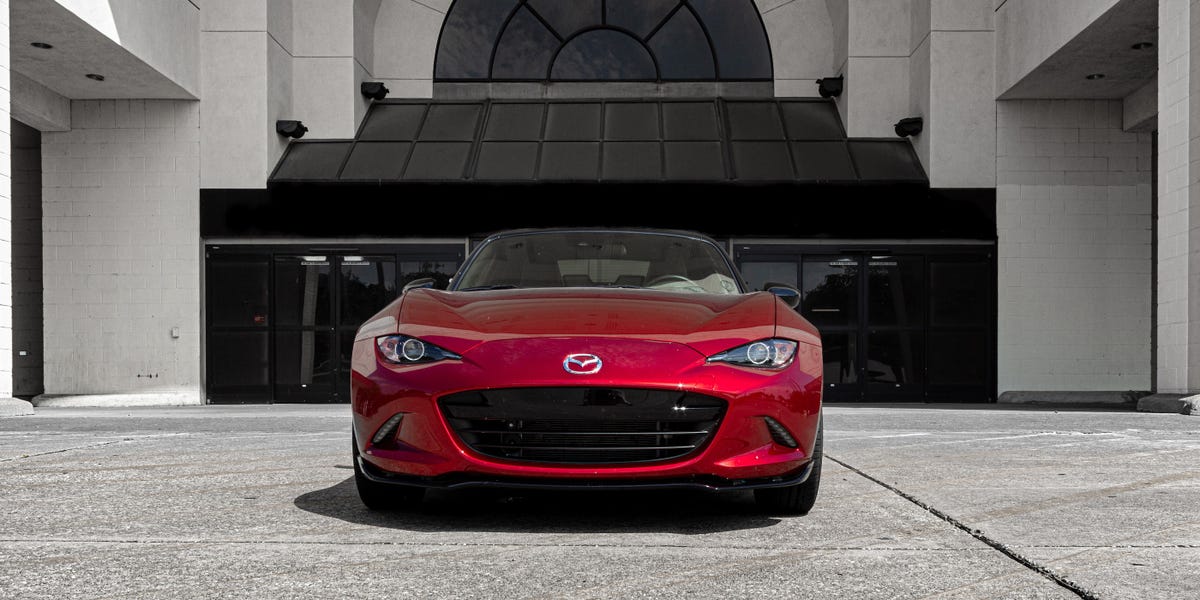