Porsche’s Fred Makowiecki branded his third place finish in the Virginia International Raceway IMSA SportsCar Championship race as “the saddest podium of my career” after losing victory to a puncture.

Makowiecki and team-mate Nick Tandy had led the early stages of the GT-only race from pole before a left-front puncture after 11 laps dropped them off-sync with the rest of the field.

However, the CORE Autosport-run #911 Porsche had got back to the lead before a second puncture with Tandy at the wheel dropped it back to third, promoting the Corvette of Jordan Taylor and Antonio Garcia to a third win of the season and Corvette’s fourth in a row.

“To be honest, this third place is the saddest podium of my career,” he said.

“We were so strong this weekend. In fact, our team dominated the weekend.

“It’s just terrible that third was the best we could do. This result is so unjust for the team, the car and us drivers. 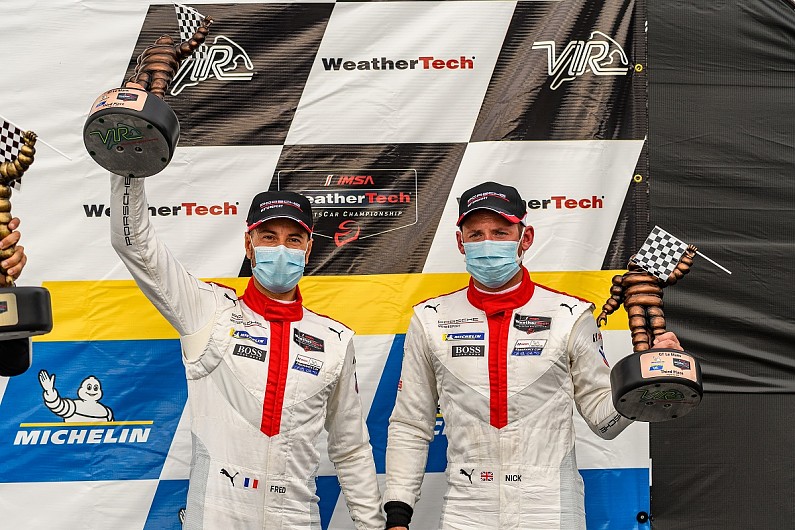 Team-mates Laurens Vanthoor and Earl Bamber in the #912 Porsche had run in second and would have been in position to inherit the lead when Bamber was rear-ended by Connor de Philippi’s Team RLL BMW, resulting in damage to the rear bodywork that required a lengthy pit visit.

The car was classified three laps down in fifth, leaving Vanthoor “utterly frustrated” as the team has yet to win a race this season, despite coming close several times.

“During the last three races, we were on course to win only to be robbed of the fruits of our hard work. Something always crops up.

“The team worked perfectly, our car was ultra fast and the drivers tapped the full potential. Sadly, there was an unlucky contact which damaged the rear.

Porsche’s head of operations in IMSA Steffen Hollwart said: “Both cars started the race from the first grid row, we were leading with both vehicles and ultimately finished on third and fifth. That’s bitterly disappointing.

“For the upcoming race at Road Atlanta we want to finally get through a race without hiccups and claim the first win of the year with the new Porsche 911 RSR.”

Pigot can “remember everything” from his huge Indy crash

Tue Aug 25 , 2020
Driving the Citrone/Buhl Autosport-Honda run by Rahal Letterman Lanigan, he was in 15th on Lap 194 when the rear of his car slid wide as he approached the exit of Turn 4. The car had gone through more than 180 degrees before its first impact so it was the front-left […] 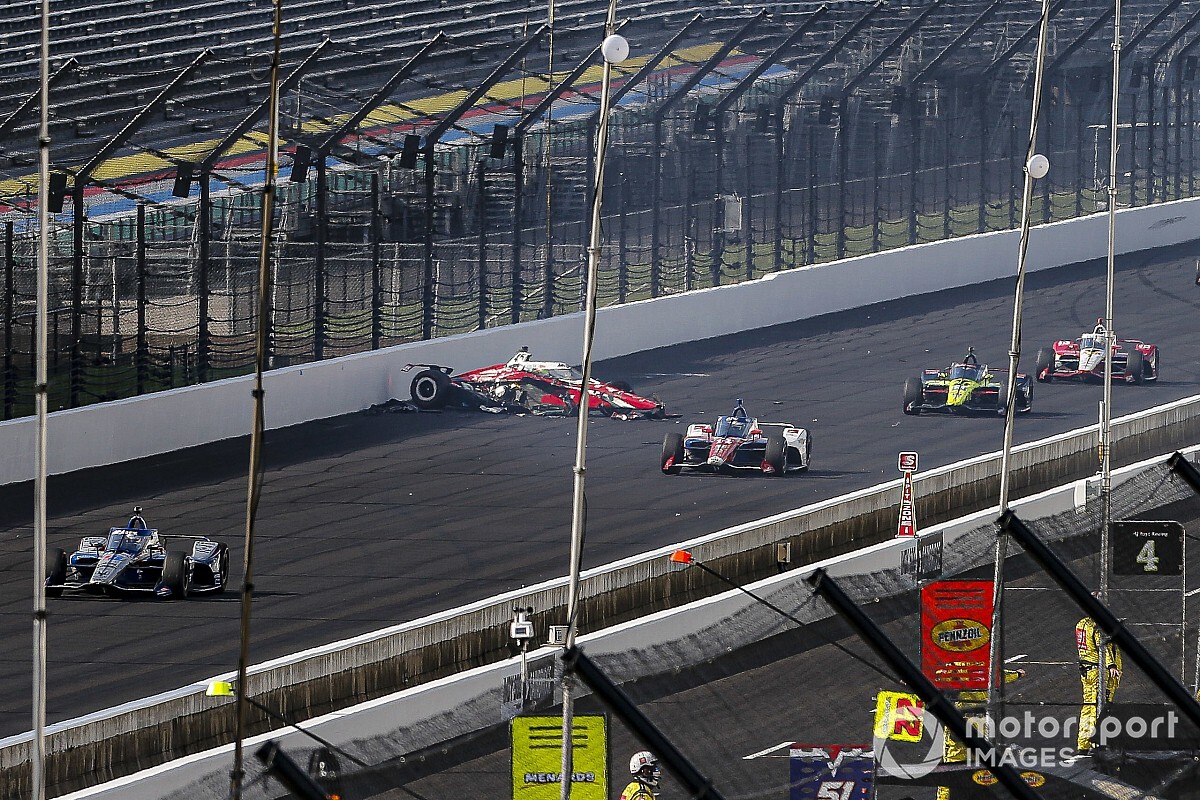