Williams was awesome in the middle chunk of the 1990s, winning five constructors’ world championships in six seasons – a run back then only McLaren could rival – as Damon Hill and Jacques Villeneuve joined Nigel Mansell and Alain Prost among its illustrious roster of champion drivers.

But it’s the glaring omission from that roll-call that will forever cast a shadow deep and long over the team’s most successful era. No amount of race wins and titles could possibly sooth the pain that would engulf Williams following the death of Ayrton Senna.

But guilt? No, not that. Regret, certainly. But guilt suggests culpability for the crash that killed the world’s greatest racing driver, and for the rest of the decade and even a chunk of the next, technical director Patrick Head and chief designer Adrian Newey would be forced to defend themselves from such allegations, within an Italian legal system centred around pointing the finger of blame at individuals – scapegoats, depending on your point of view – for an accident that, by definition, was a freak occurrence no one could have foreseen.

Sun Aug 9 , 2020
Lewis Hamilton has called on Formula 1 to give a better platform to drivers in their anti-racism messaging following a rushed pre-race kneel in Hungary. Fourteen of the 20 F1 drivers took a knee ahead of the start of the opening two races of the season in Austria as part […] 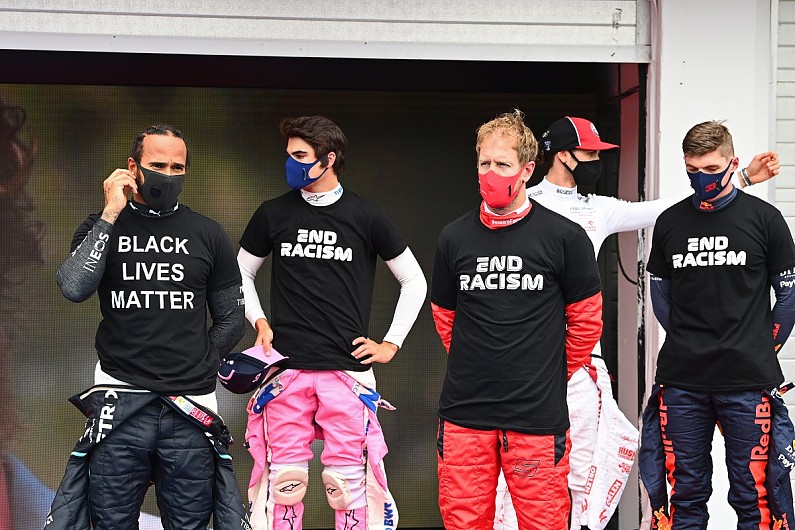