© Provided by City AM

Not so in the original. Here, you’ll find no drive modes, no touchscreen, no try-hard marketing speak. The classic Cooper simply delivers maximum go-kart feel all the time. In a torrid year, no car has made me smile more.

The Mini was never supposed to be sporty, of course. To quote legendary motoring scribe LJK Setright: ‘It was an essentially humanistic concept… not a car for engineers, nor for motoring enthusiasts, but for the people, a car in which 80 per cent was theirs to occupy as they liked’. The people clearly agreed, buying nearly 5.4m Minis over its 41-year production life. It remains the best-selling British car of all time.

Perfect packaging and clever rubber cone suspension also endowed the Mini with alert, inertia-free handling. And when the more powerful Cooper arrived in 1961, even motoring enthusiasts took note. It proved a giant-killer on the road and racetrack, famously vanquishing the V8-engined Ford Falcons in the Monte Carlo Rally. The Cooper was replaced by the square-fronted 1275 GT in 1971, but made a comeback in 1990 – staying on sale until the last Mini left Longbridge in 2000.


This 1998 Rover Cooper Sport represents the final evolution of the Mini Cooper. Its bonnet stripes, spotlamps, walnut dashboard and glinting chrome evoke a storied past, but wide wheelarches, 13-inch alloys and fuel injection are modest stabs at modernity. Today, fewer than 700 Cooper Sports are registered on UK roads and even a dog-eared example will cost you five figures (the cheapest I found was £10,995). Alternatively, you could hire this very Mini from RNG Classics for £99. Cheap thrills indeed.

My first and second cars were both Minis and climbing aboard the Cooper rouses memories of teenage road-trips, getting lost in the days before sat-nav and fruitless pleas for petrol money. The steering wheel, angled like a London bus, feels instantly familiar, but I’d forgotten just how skinny the doors are. Compared to this, any modern car feels like a fortress.

The Mini coughs into life with a gruff rasp, followed by the quirky whine of its four-speed gearbox. The 62hp 1,275cc A-Series engine is eager and tractable, helping this 686kg flyweight scamper through city traffic. Even so, 0-60mph in 11.8 seconds and 92mph flat-out won’t worry many hot hatchbacks. Venture beyond the M25 and preserving momentum – i.e. not slowing down – is key to what my driving instructor called ‘making progress’. Happily, that’s something the Cooper Sport does uncommonly well. You simply take corners at the same speed as the straights.


On the writhing, capillary lanes that fan outwards from RNG’s Reigate base, the Mini is an absolute riot. Its darty steering jostles with incessant feedback, it grips tenaciously and its skateboard ride amplifies every ripple in the road.

I remember one moment vividly, chasing a new Toyota Corolla at about 50mph. The Corolla driver was probably on auto-pilot, steering with one hand while listening to the shipping forecast. I was wired and grinning like a loon, hands clamped to the wheel as the Mini bounced between bends.

This ability to make sensible – and entirely legal – speeds feel fast is the Mini Cooper’s genius. It transforms the B2126 to Dorking into the Col de Turini. You wouldn’t want to drive one every day (although millions did, including me), but as a cool classic to relish on summer Sundays, the Mini beats many far more exalted sports cars. Just as it always did.

Thanks to RNG Classics (01737 769 411). Photos by Charlie B (@charlieb.photography). Tim Pitt works for motoringresearch.com

The post The Mini Cooper Sport is a life-affirming blast from the past appeared first on CityAM.

Wed Aug 5 , 2020
Formula 1 drivers and team personnel have been warned they risk imprisonment or a 15,000 Euro fine if they break strict lockdown restrictions imposed for next week’s Hungarian Grand Prix. As part of its effort to limit the potential spread of coronavirus, the Hungarian government has confirmed that F1 personnel […] 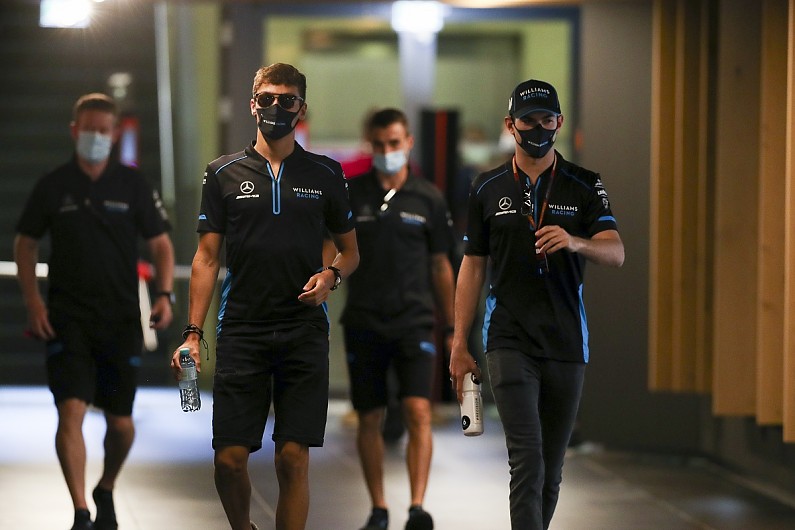