Safety at the Red Bull Ring has been called into question again for MotoGP after last weekend’s huge accident between Franco Morbidelli and Johann Zarco.

The pair collided at the fast Turn 2 kink under braking for the uphill Turn 3 right-hander, with Zarco moving off-line and leaving Morbidelli with nowhere to go but into to the back of the Avintia Ducati at close to 200mph.

Zarco’s bike slammed into the air fence at Turn 3 and vaulted into the air, with the bike coming close to hitting Maverick Vinales’ head.

At the same moment, Morbidelli’s errant Petronas SRT Yamaha slid straight up the track and only narrowly avoided wiping out Vinales and Valentino Rossi.

The barrier Zarco’s bike hit has now been extended further round the edge of the track at the top of the hill.

Over the past week, social media has been awash with comments on the nature of that section of track, with many questioning why only now a barrier is being put to protect riders from potential disaster at Turn 3.

Footage has also surfaced of the crash at the 2002 Formula 1 Austrian Grand Prix, when the track was known as the A1 Ring, in which Nick Heidfeld dropped his Sauber under braking for what was then Turn 2 and smashed into Takuma Sato’s Jordan. 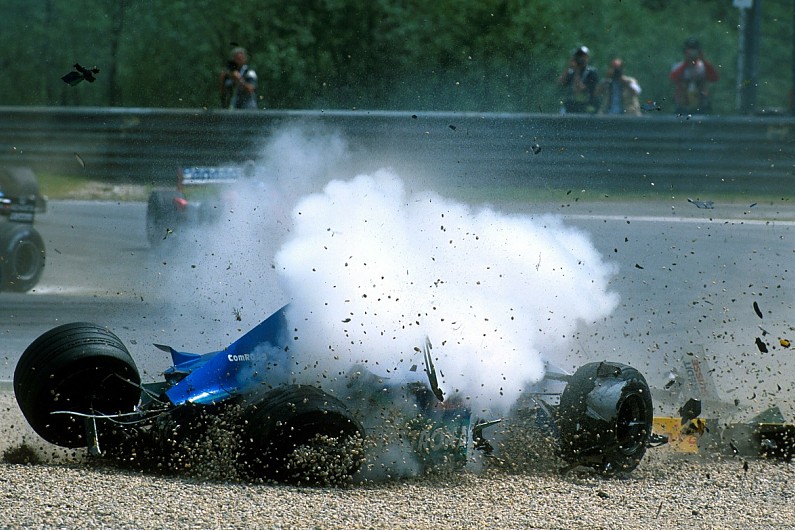 Both incidents are strikingly similar, from where the incident was triggered to the path the out of control machines travelled into unsighted traffic at the corner, and rightfully people have questioned why lessons were never learned from something that happened 18 years ago at a track that is basically unchanged in layout.

But extending the barrier would have caused its own problems for F1, in that an off at that point would have still resulted in a violent barrier impact.

“If you put a catch fence there, if you extend that catch fence, what happens if you run off track? The place is not safe.

“But if you put something there you ride straight into it. We’re in a no-win situation unfortunately in regards to that.” 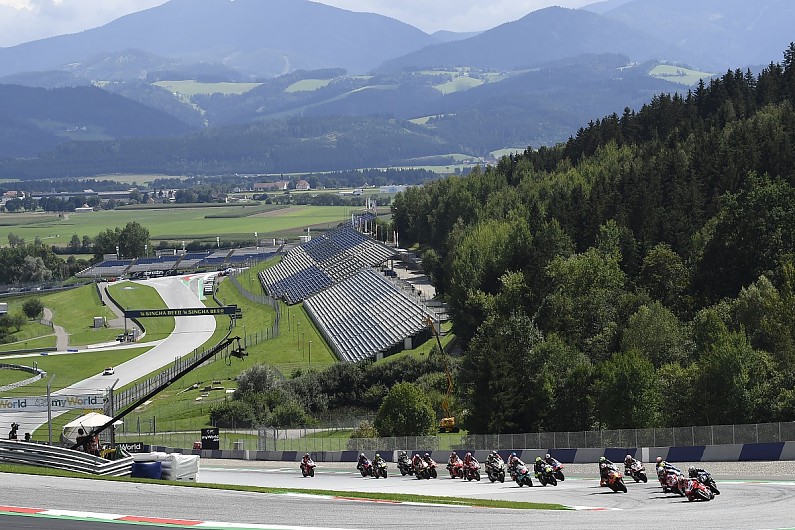 Now the barrier has been extended, Crutchlow’s fears may well be realised, but in the limited time the track and MotoGP had to implement changes, there was no avoiding it.

“As you approach [Turns] two and three on the right-hand side, the barrier, I don’t know what you want to call it… they’ve extended that bit and they will put air fencing in front of [it],” Crutchlow told Autosport when asked for his views on the new barrier.

“I was on the track today riding my bicycle, so I was able to see it first-hand where it’s going to.

“It blocks your vision a little bit in the last part of the corner to tip in, but it’s safer than what we had last week in an extent of there was no barrier there, it stopped at a certain point where they’ve extended it as much as they can in in the safest way possible for this grand prix here.

“But I still believe that corner needs to be changed.”

Extending the barrier at Turn 3 is a temporary solution, but it doesn’t address the real problem, which is the approach to the corner.

While Turn 2 won’t even register for an F1 driver, it is a seriously scary corner for MotoGP, with the approach touching 200mph when riders are having to brake with the bike at lean angle on the left side.

“You cannot imagine how difficult it is to do this corner at 300km/h, with a lot of downforce because of the winds, with many bikes in front of you,” Aprilia’s Aleix Espargaro said of Turn 2. 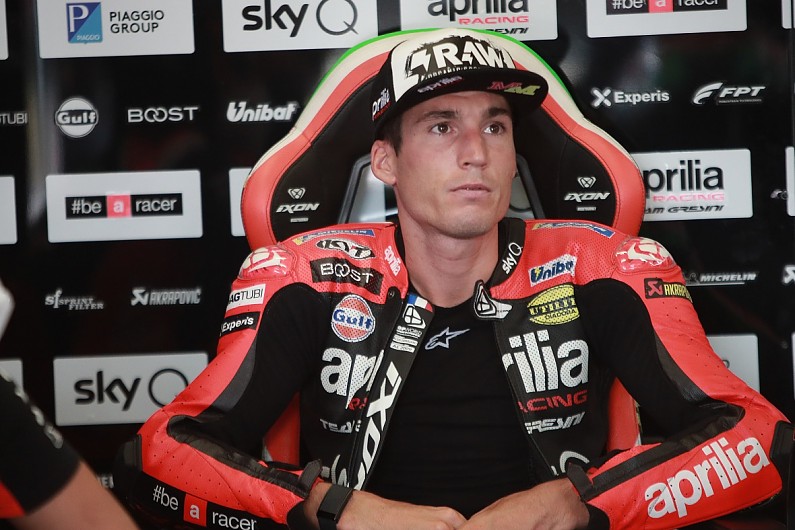 “Every time you move from behind other riders, you have downforce, no downforce, downforce – the front is shaking, sometimes you have no brakes. It’s very, very difficult.”

And as we saw last Sunday, when it goes wrong at that corner, the results are horrifying.

“We will have to discuss it tomorrow in the Safety Commission, because apparently with the performance that MotoGP [bikes] are reaching lately, that corner and that area, that part of the track is becoming more and more dangerous,” Morbidelli said when asked by Autosport for his thoughts on what has to change at Turn 2.

During the week, doctored images of a potential track layout solution showing Turn 2 becoming a more pronounced corner – which would scrub off speed coming into Turn 3 – and Turn 3 a more open and longer bend.

Putting the logistical and cost issues of the changes aside, altering the layout of Turn 3, where the approach would be slower but the exit quicker, would simply create another safety issue down at Turn 4.

When asked by Autosport about changing the layout of Turn 3, Crutchlow cautioned that MotoGP cannot gain anymore speed on the run to Turn 4 because it’s where “we all have braking problems”.

Indeed, last week his LCR team-mate Takaaki Nakagami battled brake issues in the race, while Fabio Quartararo suffered issues with his brakes which left him last for the restart. 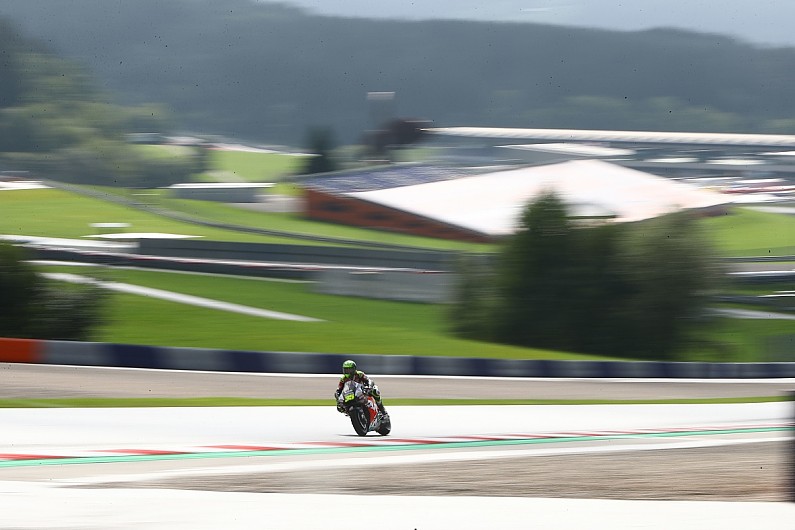 “I think we need to slow the speed down earlier, do something different, but one of the key things here is we cannot make the exit any faster,” Crutchlow warned.

“Because Turn 4 is where we all have braking problems, where the heat of the brakes is a problem.

“So, going down that hill, there’s quite a steep downhill as well, we don’t want to be going there any faster than what we’re going now.

“We’re absolutely on the limit of stopping and with brake temperatures, with the tyres, the bikes and the riders. We’re on limit.

“So we don’t want to push the limit anymore just because they’ve altered Turn 3.

“It’s a very difficult one, and I’m sure it will be discussed and I think Loris [Capirossi, MotoGP safety officer] and the guys understand, but it’s not as easy as just saying, ‘okay, let’s do this’.

“I think they have to look at the consequences for Turn 4 as well. And obviously they’re not the only ones to make the decision.” 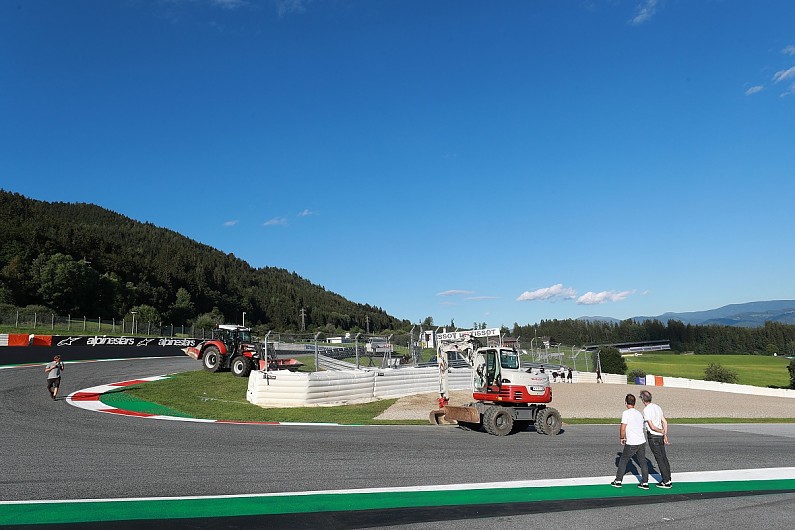 Since it returned to the MotoGP calendar in 2016, safety issues have always been raised about the Red Bull Ring, with Turns 2 and 3 a constant point of concern as well the positioning of some of the barriers.

While alterations have been made to some of the problem areas, the real critical point remains, and last Sunday’s Austrian Grand Prix incidents were a startling reminder of the dangers still present in motorsport.

Altering the layout of Turns 2 and 3 appear now to be a must, but doing so in such a way that won’t simply shift the danger to another part of the track will still take some doing.

It could be argued that perhaps the Red Bull Ring shouldn’t be on the calendar at all, but with the considerable backing Red Bull puts into the event – and the new factor of legitimate Austrian success in the premier class courtesy of KTM – it’s hard to see the circuit losing its place on the calendar anytime soon.

But that hasn’t stopped MotoGP promoters Dorna Sports before from enforcing change on a venue when track safety is concerned, which occured at Circuit de Barcelona-Catalunya following Luis Salom’s tragic death and at Silverstone after its poor asphalt caused the cancellation of the 2018 British GP. 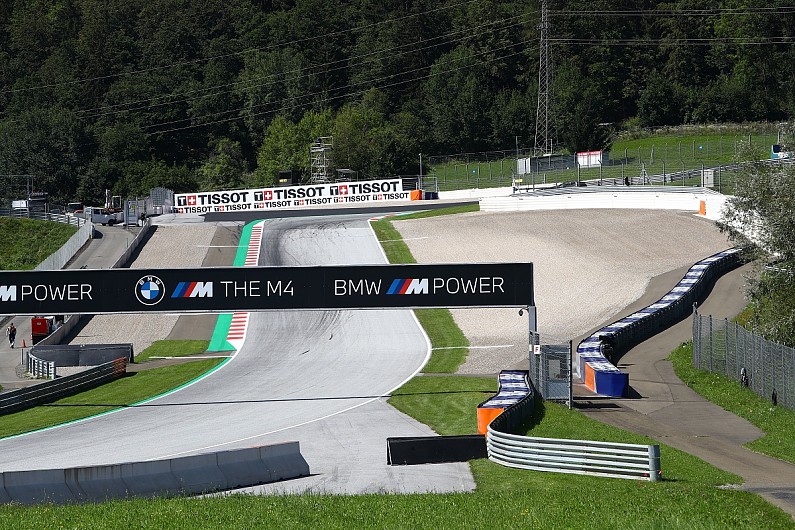 Thu Aug 20 , 2020
The IndyCar Series will continue to hold races at Portland until 2023, despite the cancellation of this year’s race due to COVID-19, after event promoters signed a three-year contract extension. The 1.96 mile Portland International Raceway was a fixture on the IndyCar calendar between 1984 and 2007, the final year […] 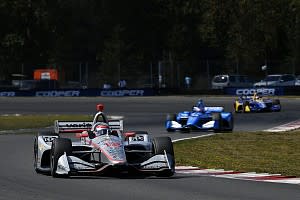