The pole position time for the Sakhir Grand Prix in December is set to smash a Formula 1 record that has stood for 46 years.

On Friday afternoon, F1 confirmed its second race to be held in Bahrain will be run on the ‘oval’ layout of the circuit.

F1 has estimated that qualifying times for the race on Bahrain’s outer circuit will be under 55 seconds, which will ensure that the track will provide the lowest pole time in history.

The all-time list is dominated by poles recorded at Dijon, the former home of the French GP.

The circuit was first used for the 1974 race with its original 2.0-mile layout. Ferrari’s Niki Lauda set a pole time of 58.79s, which was F1’s first and so far only pole lap of less than 60 seconds.

That race also provided F1’s lowest fastest lap time in history, with a time of 1m.00.00s credited to Tyrrell’s Jody Scheckter, which could also be bettered in the Sakhir GP.

The original Dijon circuit was used for the non-championship Swiss GP in 1975, when Jean-Pierre Jarier logged a slightly slower pole time of 59.25s.

Thanks to its low lap times, the track was deemed to be too short for F1, and an extra loop was added for the 1977 French GP, bringing the length up to 2.3-miles.

It made a significant difference to lap times, with Mario Andretti taking that year’s pole in 1m12.21s. 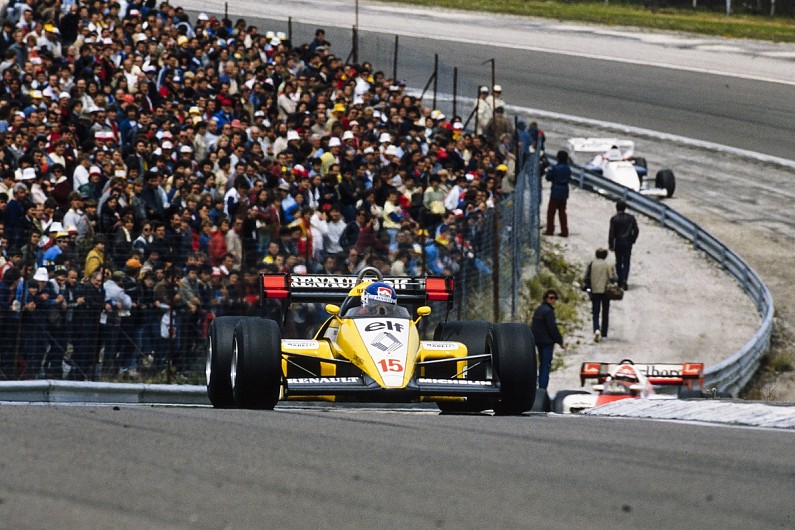 However in subsequent seasons car development and the rise of turbo power saw lap times tumble once more, and at the 1982 Swiss GP held at Dijon – which was a world championship race – Renault’s Alain Prost set a pole lap of 1m01.380s, which still stands as the second-lowest time in history.

At the French GP two years later, Patrick Tambay couldn’t quite match that performance, recording a lap of 1m02.200s for Renault that stands as the third fastest in history.

After Dijon, the next track in the all-time table is Kyalami. The South African GP venue would have figured higher on the all-time list had turbos raced there at their peak in 1986-87, so its lowest pole lap remains the one achieved by Nigel Mansell in 1985 of 1m02.366s.

In recent years, the Red Bull Ring has gradually climbed the order of fastest lap times, helped by the increasing performance of the cars and a resurfacing in 2016 of the Austrian GP venue.

Indeed, this year’s Austrian GP event earned fifth place in the all-time list courtesy of a pole time of 1m02.939s set by Valtteri Bottas. The 2019 and 2018 Austrian GPs are also inside the top 10. 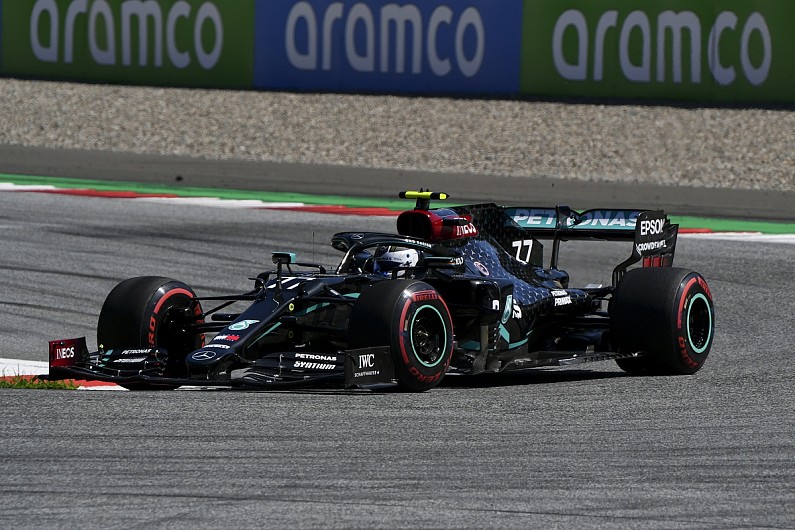 Fri Aug 28 , 2020
Mercedes Formula 1 driver Valtteri Bottas says he’s in “good spirits” for the 2020 title fight after putting the frustration of the Spanish Grand Prix behind him. After finishing third in Barcelona behind team-mate Lewis Hamilton and Max Verstappen a despondent Bottas said he could already see the 2020 F1 […] 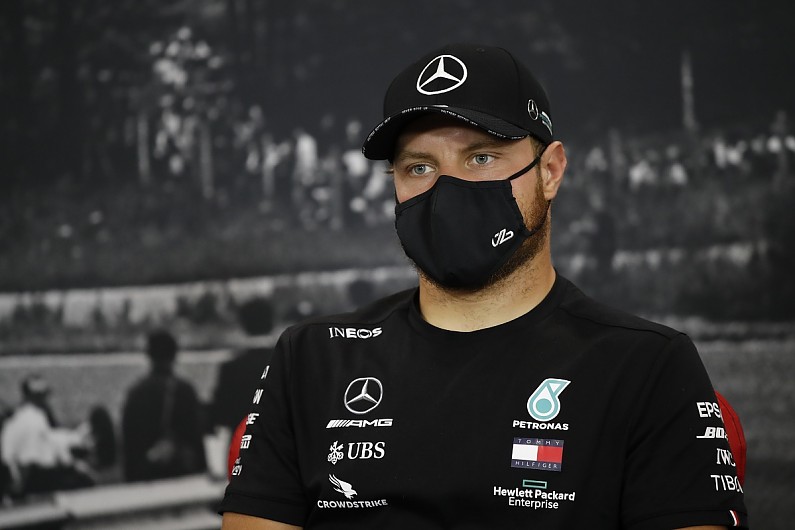