© David Vincent – AP
Plus, Ferrari might give Vettel a new chassis, and a new EV sub-brand from Hyundai.


The 24 Hours of Le Mans Will Run Behind Closed Doors

The COVID-19 pandemic has forced most major race series to run behind closed doors, with some iconic races closed off to spectators. Last week, it was announced that the Indy 500 would run fan-less this year, and today, the FIA and ACO announced that the 24 Hours of Le Mans would also be held behind closed doors. Like Indy, Le Mans was already delayed by the pandemic, and up until recently, organizers hoped that they could host limited crowds.

“Over the last few weeks, we have looked at many ways in which we could hold our event in September with fans present, albeit in limited numbers,” ACO president Pierre Fillon said in a statement. “However, given the constraints involved in organizing a festival-scale event over several days in the current situation, we have opted with the local government authorities to hold the race behind closed doors. There were still too many question marks regarding health and safety.”

Ferrari May Give Sebastian Vettel a New Chassis

Four-time world champion Sebastian Vettel has had a miserable 2020 Formula 1 season thus far. Ferrari’s SF1000 is well off the pace of the other front-runners, but Vettel is having an especially difficult time getting anything out of the car, leaving him 13th in championship points. Autosport reports that Ferrari is open to giving Vettel a new chassis if things don’t improve at this weekend’s Spanish Grand Prix. Throughout both Silverstone weekends, Vettel wasn’t able to make any progress with his SF1000, and didn’t have any explanation as to why it was so flawed. If those flaws are fundamental, the German might just need a new car.

When Hyundai decided to go all-in on high-margin luxury cars, it decided to create a new brand, Genesis. Our colleagues at Autoweek report that it’s going to do the same thing for EVs, with a new sub-brand called Ioniq. The name comes from Hyundai’s current Prius rival, which is offered in hybrid and all-electric forms. For its new Ioniq cars, Hyundai is developing an all-new all-electric platform, with both SUVs and sedans in the pipeline. The first to arrive in the U.S. will be called the Ioniq 5, which Hyundai says will take inspiration from its Concept 45 show car from last year. Expect to see the Ioniq 5 early next year.

The Road to the Invention of Tesla’s Model S 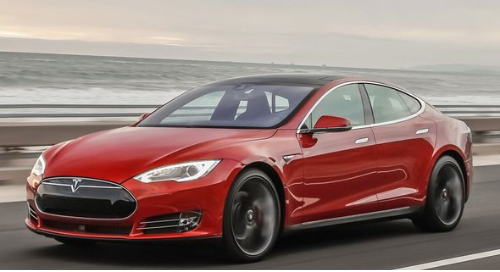