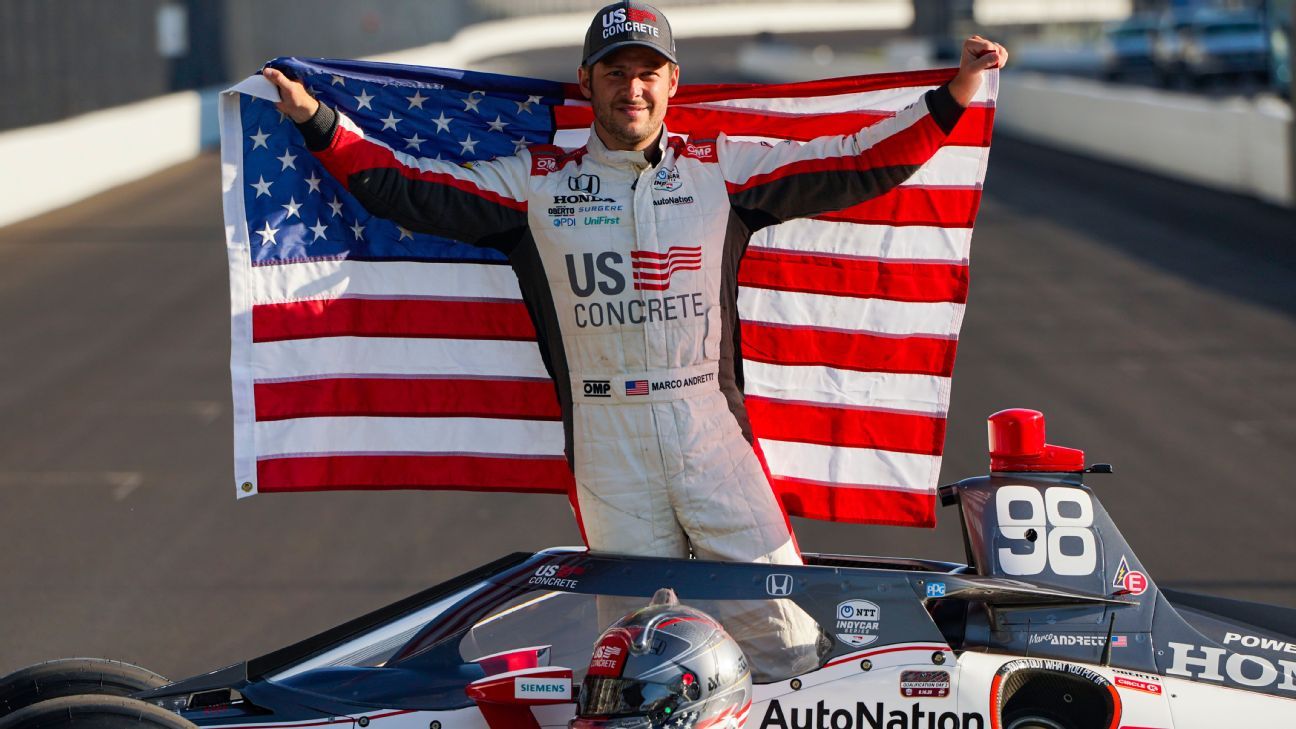 “Today the goal was to put myself in the most uncomfortable circumstances possible because we’re not planning on leading 200 laps,” Andretti told hosts Mike Tirico and Danica Patrick in an NBCSN interview after the two-hour session. “That would be beautiful. But we know there’s going to be a state of adversity INDIANAPOLIS — Marco Andretti stopped paying attention long ago to what people say about him on social media.

As a third-generation driver whose 15 NTT IndyCar Series seasons have yielded two victories (the most recent in 2011) over 240 starts, the withering criticism and comparisons to the success of his legendary grandfather, Mario, and his father and team owner, Michael, are inevitable.

But the Andretti Autosport driver soaked in the feedback Sunday when his pole position in the 104th Indy 500 brought a wave of congratulations from his IndyCar peers. On Twitter, Team Penske posted video of its drivers reacting to the pole. Indianapolis Motor Speedway president Doug Boles shared the cheers of fans watching from outside the track across 16th Street.

“That was so cool,” Marco Andretti, who retweeted all of the posts, told 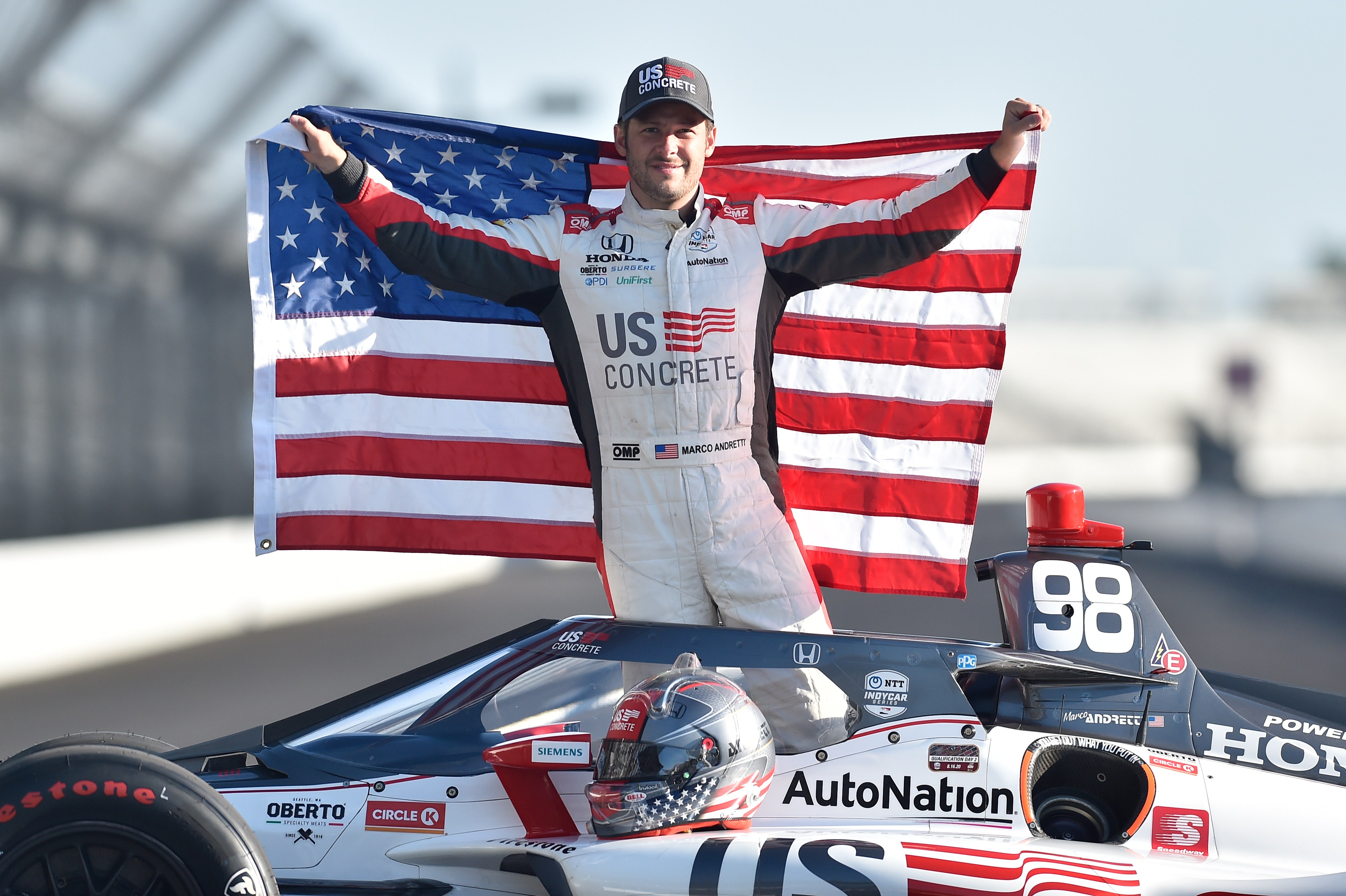 EXCLUSIVE – Marco Andretti doesn’t believe in a family curse, but he’s fine if you do.

The third-generation driver on Sunday won pole position for the upcoming Indy 500, becoming the first Andretti to do so since his grandfather Mario started from the front in 1987.

Mario dominated that race until a mechanical issue ended his chances for victory with just 23 laps to go. It was of many disappointments he, son Michael, Marco and other members of the Andretti clan have suffered in the Indy 500 since his 1969 win made the family name synonymous with speed.

Andretti said the curse is a funny story the family is happy to lean into for the media, but not something he takes in the car with him — despite having lost in his rookie outing on the final straight with dad right behind him in third place.

Monday, For The Win spoke with Marco — who drives the No. 98 Honda for his father Michael’s team, Andretti Autosport — about winning the pole, his chances of winning the Indy

There are a few “firsts” happening during Sunday’s Indianapolis 500 (1 p.m. ET, NBC) and the week leading up to it.

The most obvious is that it’s taking place in a month other than May for the first time ever, which is a big deal considering the whole month typically is filled with events and builds up momentum for race day. The IndyCar Series announced the race’s postponement back in March as major events across most sports in the U.S. were delayed or canceled because of the COVID-19 pandemic.

Beyond that, there will be empty grandstands at Indianapolis Motor Speedway for the first time in 104 Indy 500s, track and IndyCar Series owner Roger Penske announced earlier this month. This, too, is because of the coronavirus crisis.

Marco Andretti during qualifying for the 2020 Indianapolis 500. (Mark J.

After a 33-year wait, a member of the storied Andretti family will once again start on the pole and lead the Indianapolis 500 field to green. And although he wasn’t the one behind the wheel, no one seemed more excited about that than the family patriarch, Mario Andretti, who won the 1969 Indy 500 and was last on the pole in 1987.

It was Mario’s grandson, 33-year-old Marco Andretti, who won the 2020 Indy 500 pole Sunday during the Fast Nine Shootout, thanks to his four-lap run of two minutes, 35.7985 seconds, averaging 231.068 miles per hour. Driving for Andretti Autosport, his father Michael Andretti’s team, Marco edged Scott Dixon — the five-time IndyCar Series champion and 2008 Indy 500 winner — by .017 miles per hour, which, by speed, is the third-smallest margin in the race’s history, according to the series.

They’re calling it the Month of Marco.

The third-generation driver continued the pace shown throughout the week, capturing the pole for the 104th Indianapolis 500 during the Fast Nine Shootout on Sunday at the Indianapolis Motor Speedway.

Andretti posted the quickest four-lap average in Saturday time trials and earned the right to be the last driver to complete his run for the pole. That was beneficial because his Andretti Herta Autosport team was able to adjust from what they saw out of the four teammates that went out before them.

Track conditions were much windier than the day before and Bryan Herta called for an increase of downforce, allowing his driver to beat five-time INDYCAR Series champion Scott Dixon 231.068 mph to 231.051.

INDIANAPOLIS – Marco Andretti was not crying. He wants you to know that. His eyes looked red, but he’d just rocketed four times around Indianapolis Motor Speedway, hitting speeds of 240 mph to win the pole for the 2020 Indianapolis 500. Driving that fast in an open cockpit, maybe that’s what happens to your eyes. Like any of us would know.

His words were coming out in croaks, but he had an explanation.

“I was screaming after the run,” he was telling reporters afterward on a Zoom video call. “Everyone thinks I was crying. I just can’t talk now.”

No tears, but he was emotional. Marco will hoarsely concede that much. He has his reasons, and if you’re a racing fan, you know them. You know his grandfather, Mario