Soper, 67, was leading on the final lap of Saturday’s Pre ’66 Touring Car race in the car he shared with Henry Mann – son of long-time Ford team boss Alan – when the throttle stuck open and the Mustang vaulted the barriers.

It fortunately landed on its wheels, trapped between the Armco on the left-hand side and the trees on the right-hand side.

The race was red-flagged with one minute left on the clock and the win was awarded to second-placed Rob Fenn in another Mustang.

Soper, whose professional racing career was ended by a neck injury sustained at Brands Hatch in 2001, escaped the accident unscathed and visited the circuit as a spectator on Sunday, but told Autosport that he had “pulled something” in his left arm.

Explaining the crash, Soper said: “The throttle stuck wide open after Dingle Dell, then when I braked for Stirlings unfortunately it didn’t want to slow down.

“It’s a second-gear corner, but the problem is you’re approaching it at about 100mph.

“When it first started to happen, I didn’t envisage that it would be a big accident.

“I thought I would scamper around the corner somehow or be able to not hit anything, but very soon it become apparent that it was going to turn into quite a good shunt.”

Soper praised the marshals and medical crews who attended to him after the crash, and said he had no concerns about safety on the Brands Hatch Grand Prix loop.

“It’s a lovely circuit, but if you make a mistake or you have a problem, it doesn’t take prisoners,” he said.

“That’s probably part of the adrenaline rush, I certainly don’t have any problem with the circuit.”

The heavily-damaged Mustang will be repaired, although Soper remains “baffled” by the cause of the stuck throttle and will replace “everything that it could be” until the source of the problem is discovered.

Soper added that the crash “doesn’t really change anything” regarding his ongoing participation in historic events and is still planning to enter next weekend’s Zandvoort Historic Grand Prix meeting in Mark Martin’s Lotus Cortina.

Tue Aug 25 , 2020
Two-time DTM champion Rene Rast has criticised the move Nico Muller made on him on the outside of Eau Rouge in the series’ season opener at Spa Francorchamps. Although Rast passed Muller for second at the start of the race, the Abt Audi driver got a better run from the […] 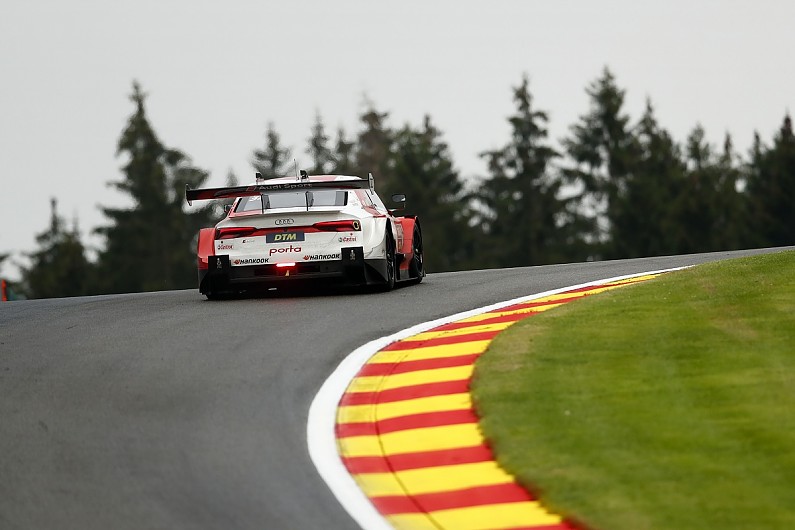