Spencer Pigot says he has full recollection of the enormous shunt that ended his Indianapolis 500 and caused the race to end under caution.

Driving the third Rahal Letterman Lanigan entry under the Citrone/Buhl Autosport banner, Pigot was running 15th on lap 194 when the rear of his car slid wide as he approached the exit of Turn 4.

The 2015 Indy Lights champion spun through more than 180 degrees, so it was the front-left wheel that struck the outside wall first, before a secondary impact spun the car back across the track into the attenuator at the end of the pit wall.

The sickening impact bounced Pigot’s car into another spin, but fortunately he was avoided by the oncoming group featuring JR Hildebrand, Max Chilton and Fernando Alonso.

Speaking to Autosport, Pigot explained that he felt “light-headed” immediately after the accident but felt no lingering effects.

“The safety guys say I did pass out for a few seconds but then I woke up and I was fine,” said Pigot.

“And I remember everything about the crash.

“The car was coming back to me in that last stint and I was feeling pretty good.

“I had passed JR and was trying to lap Sage [Karam] so I could go get Will [Power] who was the next car in front.

“I just got loose on the exit of Turn 4 and it went super quick.

“When I hit the outside wall, I remember thinking, ‘I hope I don’t hit the pit entrance wall’…”

IndyCar president Jay Frye has said he needs a few days to go over the data from the crash to assess how the aeroscreen performed, but Pigot feels it made a positive difference. 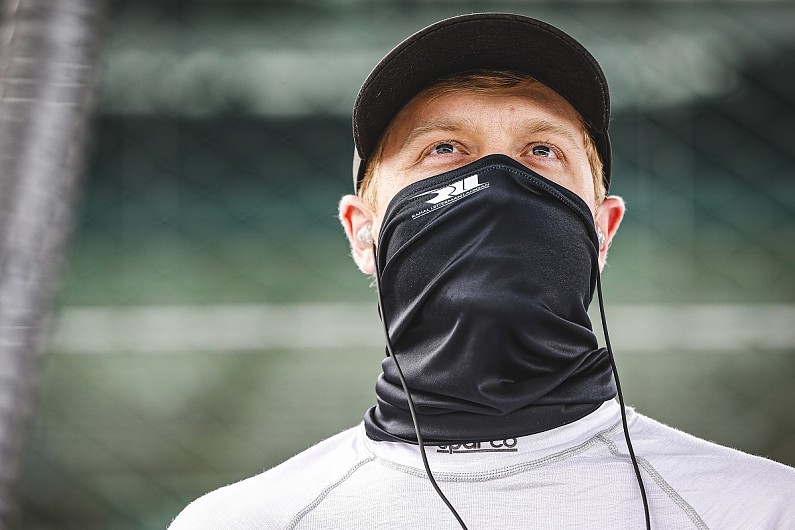 “I think that definitely I had a lot more protection than I would have had in that accident a year ago,” he said.

“I’ve not seen pictures of the car or the car itself to see how marked up the aeroscreen was, but I’m sure it played a role in helping protect me.

“If we’d had just a Halo, I think stuff could have gotten in there.”

Pigot added that he was optimistic of getting more race outings beyond the two planned with the new Citrone/Buhl venture at the GP of Indy and the 500.

“I don’t know what the odds are, to do any more races this year,” he said.

“That’s something hopefully we can talk about now that the 500 is over.

“There’s obviously some races still coming up and double headers that look attractive. And who knows? There might be one or two more added, I think the schedule is still evolving.

Tue Aug 25 , 2020
Spencer Pigot says he has full recollection of the enormous shunt that ended his Indianapolis 500 and caused the race to end under caution. Driving the third Rahal Letterman Lanigan entry under the Citrone/Buhl Autosport banner, Pigot was running 15th on lap 194 when the rear of his car slid […] 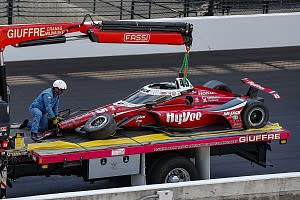