CAMPAIGNERS are pleading with the Scottish Government to bring forward the timescale for phasing out the sale of new petrol and diesel cars in a bid to cut carbon emissions and harness a green recovery from the Covid-19 crisis.

The Scottish Government has pledged that the sale of new petrol and diesel cars and vans will be phased out by 2032, eight years ahead of the UK Government’s commitment.

But an electric vehicle industry body is lobbying for more urgency from ministers and to instead set a more aggressive target of 2025 for the overhaul.

The Electric Vehicle Association (EVA) Scotland believes the as part of Scotland’s recovery from Covid-19, emphasis should be put on cutting carbon emissions and boosting green jobs. Air pollution levels in Scottish cities reduced in the early stages of the Covid-19 lockdown as people were told to stay at home to help suppress the spread of the virus.

But the latest travel statistics from Transport Scotland show that between July 6 and July 12, while concessionary bus journeys were down by 70 per cent and rail travel reduced by 85 per cent compared to the same period last year, car journeys are now only 20 per cent below normal levels.

Transport continues to be Scotland’s biggest contribution to carbon emissions while the latest data, which indicated the Scottish Government failed to meet its annual target for reductions, revealed that source emissions actually increased by 1.5 per cent from 2017 to 2018.

Alister Hamilton, chairman of EVA Scotland, said: “Dealing with the health impact of coronavirus required big thinking, which will have to be equaled as we attempt to recover from the economic impact. For our move towards electric transportation, that means phasing out the sale of new petrol and diesel cars by 2025, instead of the current target of 2032.

“One of the early silver linings in the coronavirus cloud was that air pollution plummeted as a result of global lockdowns. As we rebuild our economy we should not allow ourselves to return to normal pollution levels.”

He added: “As well as an environmental strategy, this would be an economic one. Scotland has the ambition and resources to lead the way in the UK for the adoption of electric vehicles, and now is the time to bring all the stakeholders together who can make it happen.

“2025 is bold but realistic, ambitious but achievable, and we are calling for the Scottish Government to formally shorten its target.”

READ MORE: How Scotland can kickstart the economy through green energy

But environmental campaigners have warned that instead of focusing a shift from carbon emitting vehicles to electric, the Scottish Government should prioritise public transport, walking and cycling.

A blueprint for Scotland’s green recovery, drawn up by the Climate Emergency Response Group (CERG), a coalition of experts, said that the Scottish Government should scrap future roads investment projects while Low Emission Zone (LEZ) plans for Edinburgh, Glasgow, Dundee and Aberdeen should be strengthened to become “no emission zones”.

The group also called for “the wide-spread installation of on-street electric vehicle charging infrastructure to ensure a just transition to e-mobility”.

Friends of the Earth Scotland’s air pollution campaigner, Gavin Thomson, said: “Road traffic is our single biggest contributor to climate change with cars responsible for around 10 per cent of Scotland’s annual emissions, while air pollution is linked to the early deaths of 2,500 people a year in Scotland. In addition, we are now seeing research that shows exposure to air pollution makes us more vulnerable to Covid-19.

“The introduction of Low Emission Zones in Scotland’s cities had to be paused due to the virus. But councils and the Scottish Government need to use this opportunity to build back better – speed up the introduction of the zones, while moving investment away from new roads that we don’t need into public transport, walking and cycling.”

READ MORE: Air pollution spike warning if Scots not encouraged to get back on trains and buses

He added: “Electric cars are an important part of the solution to a decarbonised transport system. However, they still emit air pollution from tyres and brakes, and they don’t stop congestion or road safety concerns. “We need fewer cars, not newer cars.

“It’s been great to see some councils introducing pop-up cycle lanes and expanded pavements. Measures like these, introduced at scale, can reduce our reliance on cars and make our streets safer and healthier.”

A Transport Scotland spokesperson said: “As part of our continued thinking and commitment to meeting our ambitious climate change targets, we continue to consider ways to encourage business and households to switch to low emission vehicles and get the most polluting vehicles off our roads.

“We have invested in developing EV charging infrastructure and are already incentivising the purchase of ultra-low emission vehicles, having provided over £40 million through our low carbon transport loan last year.”

Thu Aug 27 , 2020
Formula 2 has announced it is permanently retiring car number 19 from its championship in memory of Anthoine Hubert, one year on from his death at Spa. Hubert was killed at the age of 22 in a crash during the opening stages of last year’s F2 Feature Race at Spa. […] 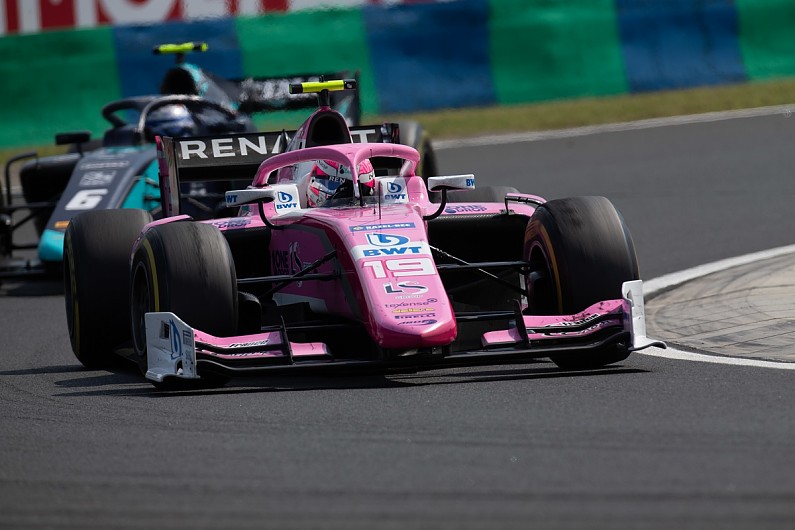