After losing out on pole position for the Indianapolis 500 to Marco Andretti in dramatic fashion, Scott Dixon was, naturally, asked about Marco Andretti.

It’s been 51 years since his grandfather, Mario Andretti, won in 1969. What would it mean for an Andretti to win, Dixon was asked.

And he doesn’t care.

It’s been 12 years since Scott Dixon won the Indianapolis 500. That’s what Scott Dixon cares about.

He suffered another setback in practice later Sunday, spinning out and hitting the Turn 4 wall. It seems that he avoided major damage to the car, or injury. In an interview with the NBC Sports broadcast afterwards, Dixon said the biggest loss might just be track time.

“I felt pretty comfortable on Thursday with race running, so obviously we’d like to be out there,” Dixon said. “I don’t know what situation and how quick we would be able to get out. Obviously it’d be nice to get out before the day’s over, but we still got Carb Day.”

So, back to qualifying.

Don’t get him wrong, he’s happy for Marco Andretti. They are friends. Upon thinking about it, Dixon said that Andretti would be the guy he’d root for to win it … other than himself, of course. Lest we forget that Dixon can add to a season that’s already seen him make a run at history.

Chip Ganassi Racing driver Scott Dixon (9) exits his car and talks with a team member after the second day of practice for the 104th Indianapolis 500 at Indianapolis Motor Speedway on Thursday, Aug. 13, 2020.  (Photo: Mykal McEldowney/IndyStar)

Dixon won three straight races to open this season, and he’s just four away from passing Mario Andretti on the all-time list. He’s making a case to be considered among the best open-wheel drivers of all-time, and betting markets have him as the favorite to win a second Indy 500. He’d become the 20th driver to do so.

The pole would’ve been nice. But Dixon is starting on Row 1 after a four-lap average of 231.015 miles per hour — just 0.013 mph short of Andretti. This is to say, nothing about his outlook on the race itself has changed.

“I think, as always, it’s not just the driver but strategy’s gonna have to be on point,” Dixon said. “The pit stops, everything is gonna be extremely tight. I think we’ve seen how tight the field has gone in the days where, you finish on a lead lap, you may be inside the top 10. It’s probably 20-plus cars that have been on the lead lap.

“So it’s never one thing. It’s a multiple of many that gets you to victory. Plus you always want a little bit of luck on your side, too, and that’s what we’ll try for. But yeah, I think our comfort’s pretty good.”

On Saturday, as the track heated up in the late afternoon and most of the field decided against taking additional qualifying runs, Dixon took a third. He felt like the first wasn’t aggressive enough, though it would’ve gotten him into the Fast Nine anyway. He wanted to trim out a little more before the third.

“We typically gear up for about six (runs) on a day like that,” Dixon said. “And we felt like maybe the afternoon was better for the Fast Nine situation.”

And on Sunday, while others worried about the conditions on track — 12 miles per hour winds with gusts as high as 20 — Dixon was pleasantly surprised. He thought it’d be worse. Then he went for his out lap, expecting to feel that wind, and realized that he was fine.

“I’ve seen some of the other cars had some issues before,” Dixon said. “I think the 27 (Alexander Rossi), we also saw maybe the 15 (Graham Rahal) and a couple of others.”

Of course, that doesn’t mean he’s entirely happy with his performance.

“I got a little bit chaotic on the last lap,” he said. “Could’ve kept up with the tools a little bit better, I think, which maybe would’ve got us the pole position. But I’m sure it was the same with Marco, too.”

Dixon was Chip Ganassi Racing’s only driver in the Fast Nine after a Saturday qualifying session in which Andretti Autosport dominated. He didn’t have the benefit of watching teammates go first and adjusting based off their runs — though he said it’s hard to go off that anyway.

“Would’ve loved to have had another two Ganassi cars in the Fast Nine,” Dixon said. “… But they’ll be strong in the race, that’s for sure.”

The 'Month of Marco' Andretti Continues with Pole Run

Sun Aug 16 , 2020
From Autoweek They’re calling it the Month of Marco. Potentially premature, but also accurate to date. The third-generation driver continued the pace shown throughout the week by capturing the pole for the 104th Indianapolis 500 during the Fast Nine Shootout on Sunday at the Indianapolis Motor Speedway. Andretti posted the […] 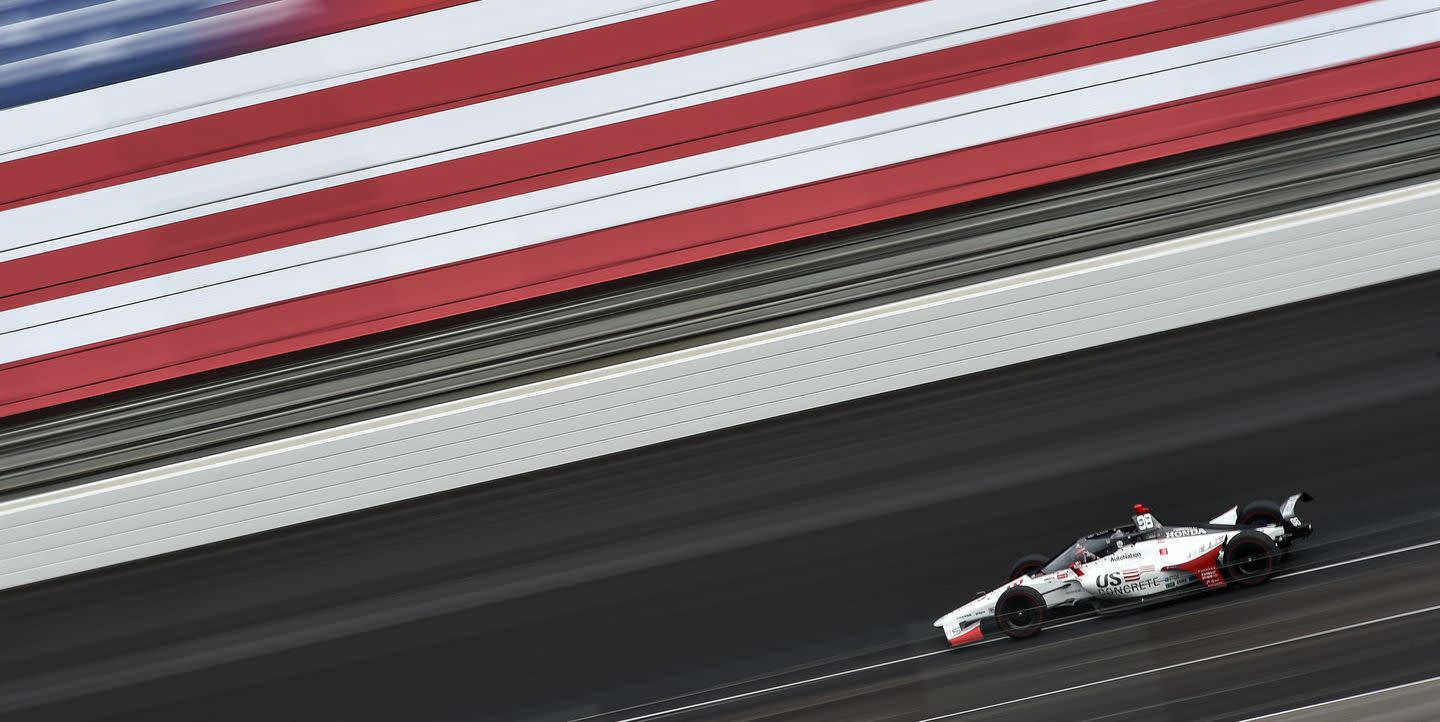