Felix Rosenqvist claimed a maiden IndyCar race victory with a penultimate lap overtake on the pole-sitting Arrow McLaren SP of Pato O’Ward in the second race at Road America.

The final race of the double-header weekend quickly became a two-way fight, with Chip Ganassi Racing’s Felix Rosenqvist hunting down long-time race leader O’Ward with both drivers looking for their first win in the series.

Rosenqvist’s victory chances were dented with a slow second pitstop, but he soon recovered the time to set up a showdown with the 2018 Indy Lights champion in the final stint.

This proved to be a mistake for O’Ward, who had earned the newly formed McLaren SP team its first pole position earlier in the day, as Rosenqvist soon caught the 21-year-old Mexican.

O’Ward’s defence was blunted by having to let the faster but lapped Conor Daly – who he had collided with during the first race of the weekend – overtake him and unlap himself.

Rosenqvist caught O’Ward and made his move with two laps to go, cutting back on O’Ward on the exit of the Turn 5 left-hander to draw level with O’Ward.

The duo made side-to-side contact but Rosenqvist emerged with the race lead and rocketed to his first win in the series in only his second season in the championship.

Swedish ace Rosenqvist had suffered a difficult start to the season after crashing out of a comfortable second-place in the season-opening race at Texas, and placing 15th and 18th in the subsequent two races. 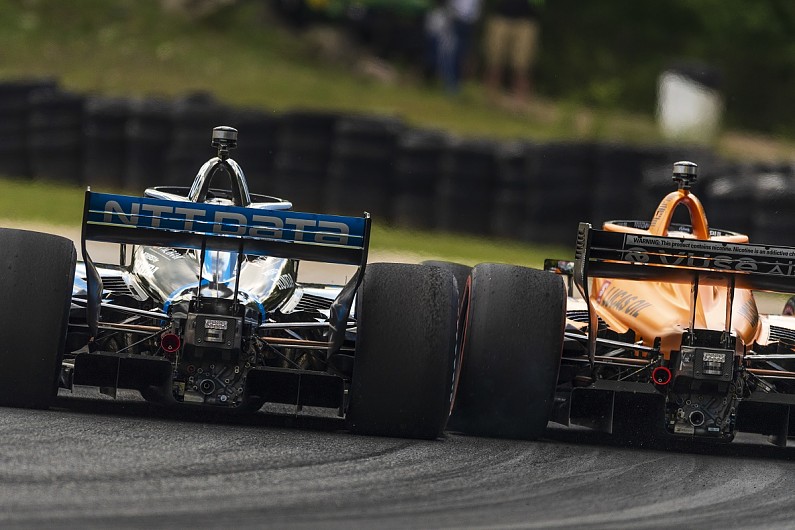 Ex-Red Bull junior O’Ward was forced to settle for second place, but this was still far clear of his previous best result of eighth position.

Rosenqvist’s Ganassi team-mate, ex-Formula 1 driver Marcus Ericsson finished in a solid fourth place ahead of front-row starter Colton Herta, who was beaten to the 2018 Indy Lights title by O’Ward.

Dale Coyne Racing’s Santino Ferrucci recovered from a penalty for punting Jack Harvey at Turn 1 on a chaotic opening lap, to register a sixth-place finish for the second-successive day running.

That frenetic opening lap saw Team Penske’s Will Power caught up in multiple incidents as he fired Ryan Hunter-Reay off the road on the run to Turn 1, and triggered a violent trip into the barriers for Graham Rahal following an ambitious move a couple of corners later.

2014 IndyCar champion Power was ordered to drop from fifth place to the back of the field as punishment for his driving, and things got even worse when he ended up spinning in the grass in the final sweeping corners.

Power stalled but made his way back into the race and with the help of the subsequent caution period, he recovered to finish in 11th place, just ahead of five-time series champion Scott Dixon – who finally saw his unbeaten start to the 2020 season end following multiple issues in the pitlane.

Thu Aug 13 , 2020
Mercedes would be “foolish” to not expect a repeat of the tyre blistering issues seen last Sunday at Silverstone that led to its first defeat of the Formula 1 season. After dominating in qualifying for the 70th Anniversary Grand Prix, Mercedes struggled with severe blistering on its rear tyres through […] 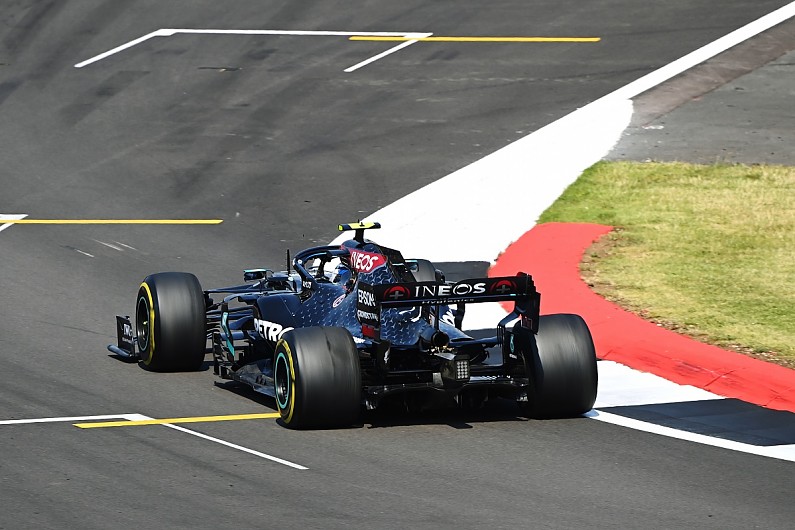