Five-time IndyCar Series champion Scott Dixon earned his third successive victory of the 2020 season in the first of two races this weekend at Road America.

The Chip Ganassi Racing driver had moved up to sixth from ninth on the grid in the opening stages before vaulting into second when he undercut the majority of front runners after the second pitstops.

Long-time race leader and pole-sitter Josef Newgarden lost a comfortable race lead and fell outside of the top 10 after stalling twice in the pits during his second stop.

The reigning IndyCar’s champions plight left a two-way duel for the lead between his Team Penske stablemate Will Power and championship leader Dixon, who had won the previous two races at Texas and the Indianapolis Grand Prix.

The first caution at Road America in three years was required after Meyer Shank Racing’s Jack Harvey – who started from the front row for the second successive race – spun into the Turn 3 gravel trap after a brake failure.

All of the leading runners made their final pitstop at this point, but 2014 series champion Power suffered a slightly slow pitstop which cost him the race lead.

Dixon then survived two-further caution periods with ease to cement his unbeaten start to the season and manage three consecutive race wins at as many different circuits for the first time since 2007, when he swept the Watkins Glen, Nashville and Mid-Ohio rounds.

The second caution came as a result of Ed Carpenter Racing’s Conor Daly spinning into the barriers after contact with the Arrow McLaren SP of Pato O’Ward on the first lap after the restart. 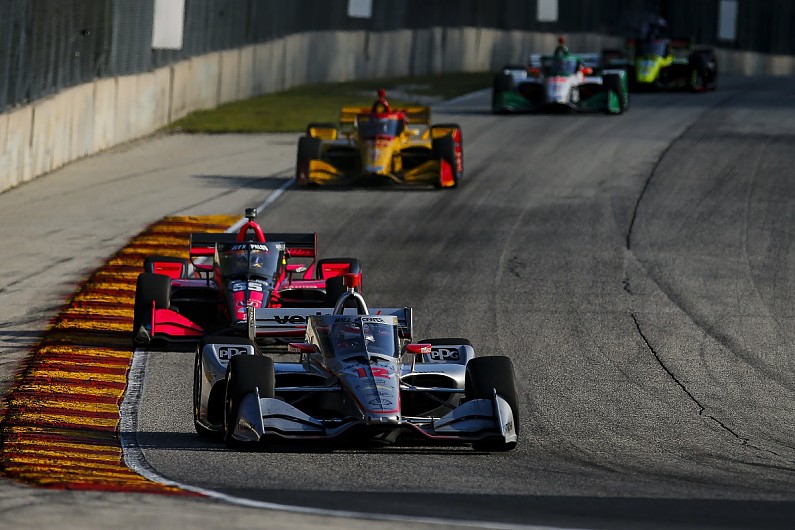 Power claimed second place, one week after he lost a potential dominant race win at Indianapolis due to an ill-timed caution period.

Spaniard Alex Palou claimed his maiden IndyCar podium in only his third start in the series with Dale Coyne Racing, after he passed Andretti Autosport’s Ryan Hunter-Reay at Turn 1 on two consecutive restarts.

Hunter-Reay, the 2012 series champion, had to settle for fourth place ahead of his team-mate Colton Herta.

Santino Ferrucci and Graham Rahal both lost potential podium finishes with pitlane issues and ended up in sixth and seventh places respectively.

O’Ward claimed eighth place ahead of Rahal’s team-mate Takuma Sato and Chip Ganassi’s Marcus Ericsson, despite the Swede spinning on the final lap.

Simon Pagenaud was unable to repeat his charge from a lowly grid position to a podium finish of one week ago and came off second best in a late-race scrap with O’Ward that left him down in 12th at the chequered flag.

That was still two places ahead of his team-mate Newgarden, who struggled to 14th after having to make a late pitstop to change his flat-spotted tyres.

Meanwhile, the miserable season for 2019 Road America winner Alexander Rossi continued as an off-track excursion at the end of the opening lap forced him to make an early pitstop for a new front wing.

He fought back to the outer reaches of the top 10, only to break his steering arm following contact with Carlin’s Max Chilton.

Sat Aug 8 , 2020
Toto Wolff says the majority of Formula 1 teams think the Concorde Agreement needs some “cleaning up”, but have been “up the arse” of Liberty when talking publicly about negotiations. F1 is currently working with all 10 teams to finalise the next set of commercial agreements that will be in […] 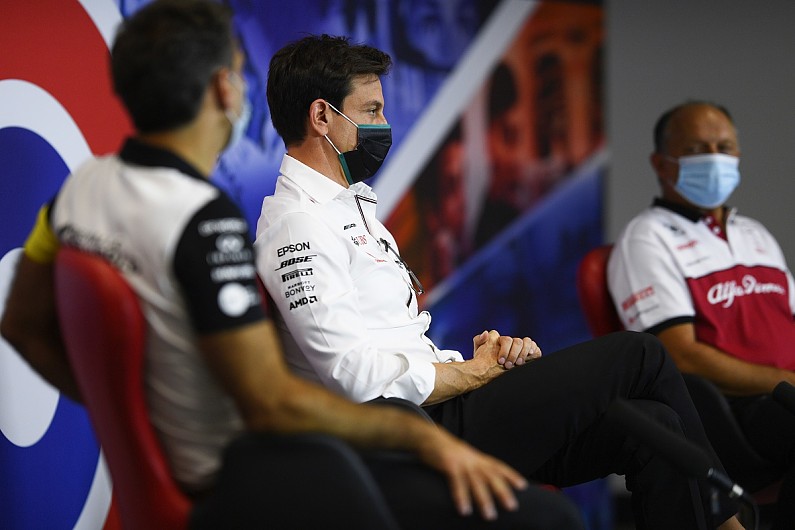