Suzuki’s Alex Rins says he “felt like winning” the MotoGP Austrian Grand Prix was possible before he crashed out passing Andrea Dovizioso for the lead.

Rins ran in the lead group from the off in the restarted 20-lap Austrian GP and was lapping faster than the Ducati’s ahead of him, passing Pramac’s Jack Miller for second on lap 10.

Going after Dovizioso, Rins went for a pass on the inside of the factory Ducati rider at Turn 6 on the following lap but lost the front of his Suzuki just as he took the lead.

Priro to the race, eventual winner Dovizioso had touted the Suzukis to be a threat on Sunday, with Rins admitting the feeling he had during the race was one he has “not felt many times” in his career.

“Everything was going very well, I honestly felt like winning the race,” Rins said.

“This feeling, I have not felt it many times, but I really felt [able] to win.

“It was a shame, but the two Suzukis were there, Joan [Mir] finished on the podium, a great result for the brand.

“So we’ll see what happens next week”.

Rins had a moment on the front end of his Suzuki at the same corner he crashed the lap before, and thinks his fall was a result of braking with slightly more lean angle than in previous tours. 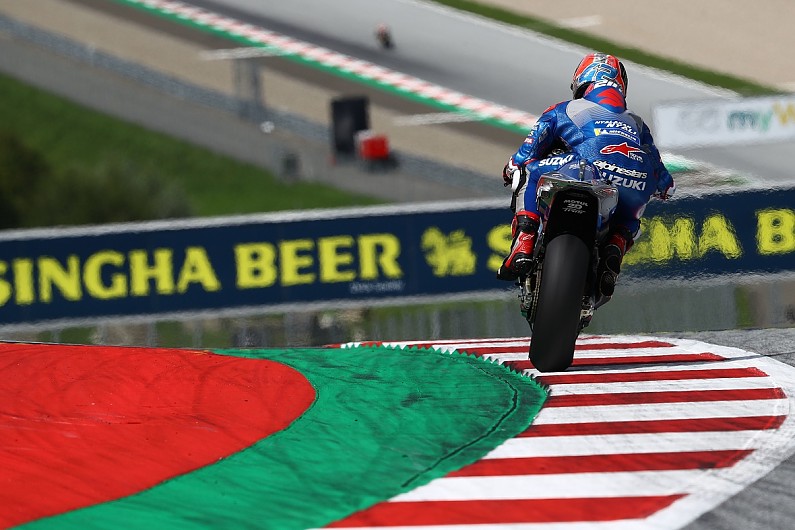 “Perhaps the mistake was trying to stop the bike with more [lean] angle,” Rins added.

“From what we have seen in the telemetry, when I turned on the throttle I was much more inclined than in the previous lap, and that was what made me lose the front end.”

Mir admits pre-weekend he considered a rostrum charge “difficult”, and thinks improved qualifying form (he started sixth in the original race) and his start “made the difference” in his charge to a maiden podium in second.

“Well, before the weekend if you said I would be on the podium, I’d say it will be difficult for sure,” Mir said.

“But the truth is that bike works really well here, in FP1 I felt so good here in Austria.

“When you start with a good base it’s easier to approach a little bit the weekend.

“It was a hard one, fighting with these guys [Dovizioso and Miller] is difficult.

“In sector one and two they are really strong, but then looks like our bike is quite competitive and quite good. So, a good podium for me.

“I think we made the difference in this weekend because we improved the qualifying and then the start was good.

“[That] was our weak point. Normally we have a good race pace, but we struggle [usually in qualifying] and it is difficult then to recover positions.”

Binotto: Ferrari's F1 tyre management down to "strength" of drivers, not car - F1

Tue Aug 18 , 2020
Ferrari’s strong tyre management in recent races is down to its drivers and not a redeeming quality of its SF1000 Formula 1 car, according to team boss Mattia Binotto. Sebastian Vettel pulled off a risky one-stop strategy by completing a 36-lap stint on the soft compound tyre to finish seventh […] 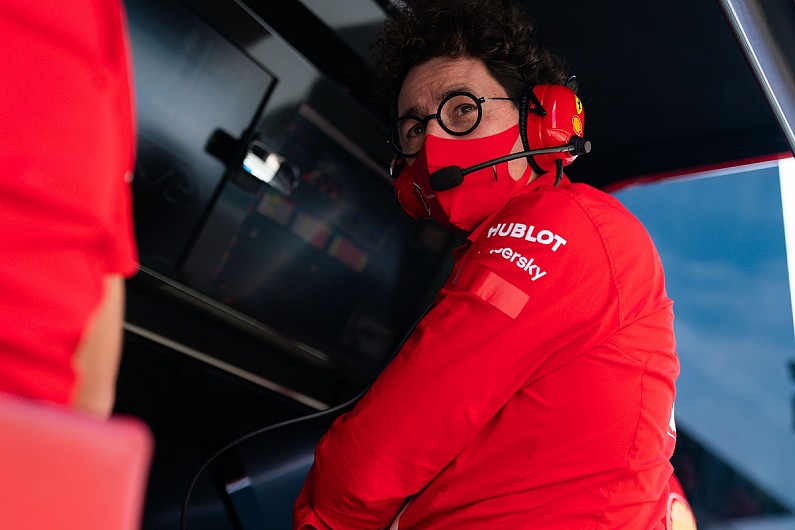