Does your bicycle master boardwalk and quagmire with aplomb? If it was built by the Raleigh Bicycle Company, it ought to. This week’s Retrotechtacular is a 1945-era look into the start-to-finish production of a standard bicycle. At the time of filming, Raleigh had already been producing bicycles for nearly 60 years.

The film centers on a boy and his father discussing the purchase of a bicycle in the drawing office of the plant where a bicycle begins its life. The penny-farthing gets a brief mention so that the modern “safety model”—wherein the rider sits balanced between two wheels of equal size—can be compared. The pair are speaking with the chief designer about the model and the father inquires as to their manufacturing process.

We are given the complete story from frame to forks and from hubs to handlebars. The frame is forged from high-quality steel whose mettle is tested both with heat and with a strain much greater than it will receive in manufacture or use. It is formed from long pieces that are rolled into tubes, flame sealed at the joint, and cut to length. The frame pieces are connected with brackets, which are formed from a single piece of steel. This process is particularly interesting.

The brackets begin as a flat piece of metal. This piece is shaped into a bowl, and then the bowl is drawn into the shape of a Collins glass. Bumps are raised in the next process, which eventually are pierced and then shaped into an open cylinder much like a piece of pottery is hollowed on a wheel. This way there are no joints, just a single piece of strong, lightweight, dependable steel.

To make them even stronger, they are pressed in a jig. Then, the tubes that make up the frame are added and pegged through the bracket. The entire frame goes into a furnace for final tempering and is then cooled and cleaned. The extraneous brass from the braising process is removed, and the frame is electroplated.

A bicycle’s front fork is made similarly, but because it must absorb more shocks from quagmire, it has to be stronger and is formed as a single piece. After it is furnace-strengthened, both it and the frame are polished with emery cloth and on emery wheels so that the enamel will stick smoothly and evenly. The frame and forks are then rustproofed and dip-enameled for luster.

The kid is particularly interested in handlebar construction. These are shaped and bent to a set design on a machine, plated in a bath, and polished to a weatherproof shine. Fenders—or mud guards as they are called here—are formed in one fell swoop from strips of steel. The pedal cranks, chain wheel, and hubs are next. Pedal cranks are forged and cut and the various holes are bored and threaded. A special milky fluid cools and lubricates them afterward. Chain wheels are made from a piece of flat steel that undergoes a few pressings and turn it into a nice filigree. The pedal cranks are fitted to the gear wheel, and the hubs get grease-packed bearings.

Spokes are made on a single machine that cuts, hooks, and threads them. They are fitted first to the hub and then attached to the rim. The spoked wheels are tested for trueness, and any loose spokes are tightened. After this, tires and tubes are fitted to the rims.

The bicycle parts are finally ready for the assembly line, quality checks, and final adjustments. We return once again to the chief designer’s office, where he concludes that quality materials and constant checks throughout the process make for a bicycle that is second to none.

Retrotechtacular is a weekly column featuring hacks, technology, and kitsch from ages of yore. Help keep it fresh by sending in your ideas for future installments.

Mon Sep 7 , 2020
Kevin Harvick won the opening round of the 2020 NASCAR Cup playoffs at Darlington as long-time race leaders Martin Truex Jr. and Chase Elliott hit the wall late on. Truex had picked up both stage victories, though lost the race lead to Denny Hamlin at the start of the final […] 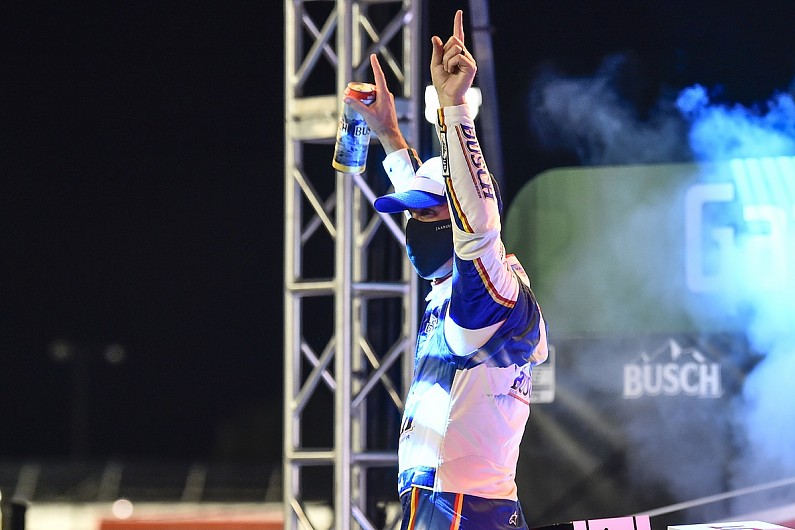