MotoGP championship leader Fabio Quartararo says his struggles in the Austrian Grand Prix were a result of a “dangerous” braking issue he’d never encountered before.

Quartararo started the original race from third on the grid, but dropped to last on lap six when he ran straight on at Turn 4, explaining his front brake “was like a clutch”.

He took the restart following the horror shunt between his Petronas SRT team-mate Franco Morbidelli and Johann Zarco from last, and recovered to eighth having just been pipped by Ducati’s Danilo Petrucci on the run to the finish line.

However, his second race was also hindered by the same braking issues despite his team changing “everything” on the bike, which left Quartararo to rue the loss of “easy points” because of the problem.

“[It was] really difficult because we had a technical problem during the first race and in the second,” said Quartararo, whose championship lead has been cut to 11 points by race winner Andrea Dovizioso.

“In the first race we go straight on at corner four.

“I was there in fifth or sixth position, riding quite easy, but in the lap just before I started to feel the brake [going] soft. 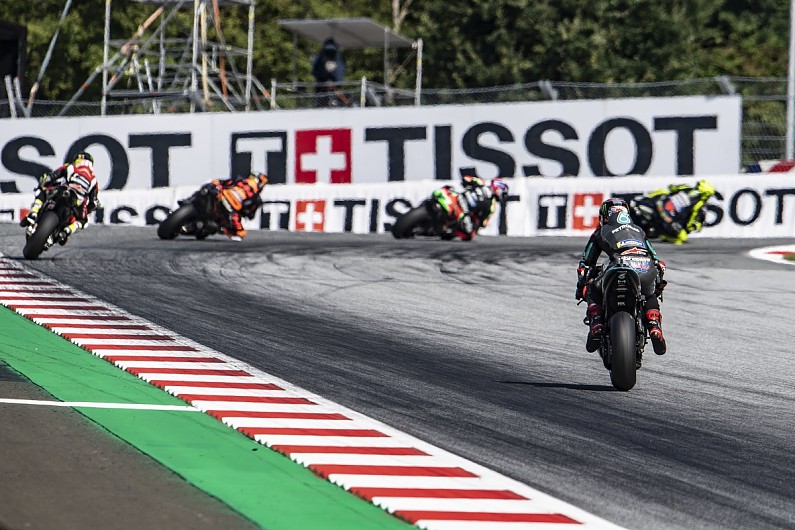 “The lap just after, I braked in the same place as normal during all the weekend and my brake was actually like a clutch.

“I grabbed it by four fingers, trying to stop the bike, it was really dangerous.

“We decided to change everything and it was exactly the same in the second race.

“For 18 laps I was trying to do my best, trying to feel confident because sometimes when I was behind the riders I had no brakes, but when I was alone when I overtook Aleix [Espargaro].

“I had one second to Petrucci, I recovered [the gap] really fast.

“When I was alone it was ok, but still the confidence was not good.

“It’s a shame because we can’t [afford to] lose easy points like this because of a technical problem.”

Quartararo admitted the podium was a stretch on Sunday, but still felt fourth “was our position” had it not been for his brake problems.

“Honestly, I can’t say we were ready to fight for the podium because the three riders that finished on the podium were really fast,” he added.

“It’s never easy, but we had the pace to do the top five. I think fourth position was our position.” 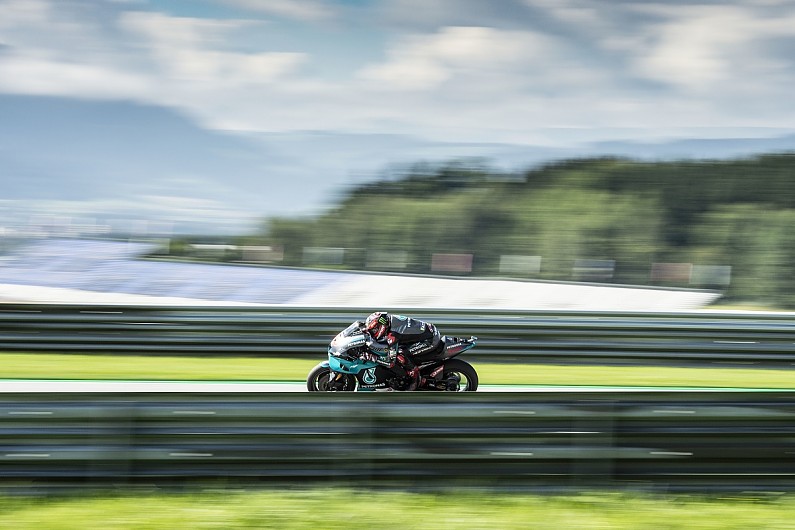 Quartararo says the only time he has had a brake issue with the Yamaha was during a daytime session in Qatar last year, and immediately after the Austria race began to look into solutions.

“We need to check, the team is working on it because it’s not possible that during all last year and all this year, just in this race I have no brakes for the first time,” he said.

“It was better to happen in free practice than in the race of course.

“I understand nothing about mechanical issues but I’m looking to help the team.”

Thu Aug 20 , 2020
Formula 1 race director Michael Masi believes the series can be proud of what it has achieved in the wake of COVID-19 after the opening three races of the season. Masi was one of the key FIA players, who along with F1 and the teams, created and implemented special protocols […] 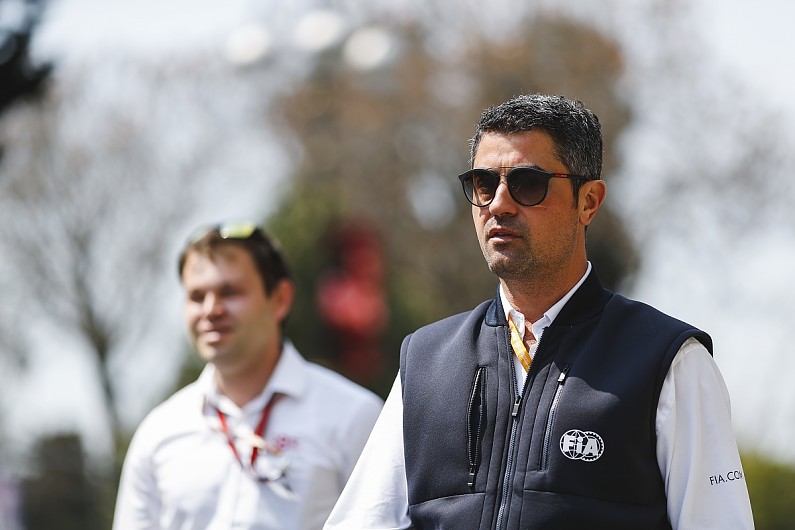