Fabio Quartararo admits he doesn’t feel “as confident” a MotoGP title contender as he did following his two Jerez victories after a tough Czech Republic/Austria triple-header.

After dominating the opening Spanish and Andalusian Grands Prix last month, Quartararo registered a seventh at Brno, an eighth in the Austrian GP and could only muster 13th in Sunday’s Styrian GP at the Red Bull Ring.

The Red Bull Ring is arguably Yamaha’s weakest track on the calendar, with its long straights working against the down-on-power M1.

But Quartararo finished third in last year’s Austrian GP and says he had a “really nice feeling” compared to what he’s had in the last two races.

“Yes, of course we are a title contender, but I don’t feel as confident as in Jerez,” the Petronas SRT rider said when asked by Autosport if he could confidently call himself a title contender amidst Yamaha’s current dip.

“But it looks like every time we have more problems and we are struggling.

“Ok, Austria is a tough track for us, but last year I had a really nice feeling and I finished third, I finished on the podium.

“And it was so different [this year to] the feeling from last year.

“So, we ask for many things to Yamaha and hope to have positive things for Misano. 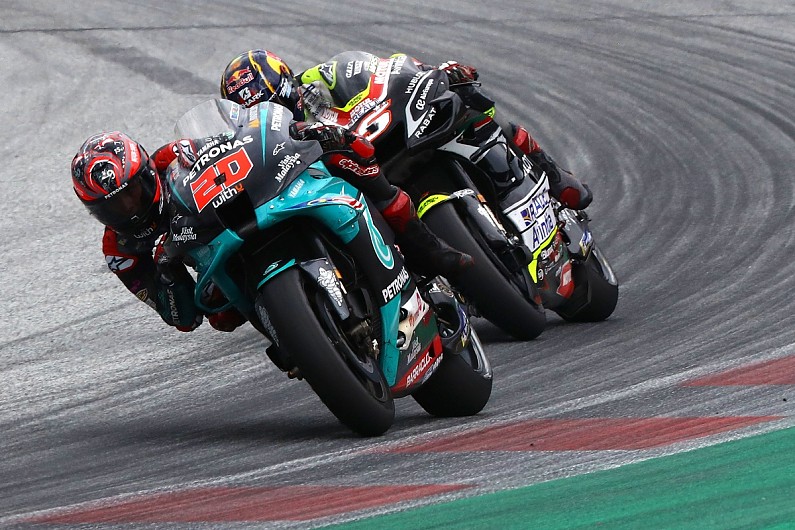 “But, of course Misano will be a good track for us, but the problems will remain there.

Struggling in both parts of Sunday’s red-flagged Styrian GP, Quartararo says “all our weak points” with the Yamaha came to the fore.

“[It was] really not positive, but we need to see what happened because we actually saw all our weak points that we have on the bike and felt so strange, because honestly I thought the potential was higher,” he added.

“I was behind Aleix [Espargaro] all the race and I could see that the bike was struggling in many areas that I was not thinking.

“So apart from the problems on the brakes, we have many other problems. Number one is the top speed.”

Quartararo’s Austrian GP was hindered by brake issues on his bike, while fellow Yamaha rider Maverick Vinales was forced to jump off his at 130mph in the Styrian GP when his front brakes “exploded”.

The Frenchman said he was heading for similar issues, having run off track several times during Sunday’s second Red Bull Ring event.

“You have a lever to make the [brake] lever go a little bit longer, and in the race I was at the maximum, and every time the lever was getting more soft.

“So, I arrived at one moment where I was going to have no brakes.

“So, [it was] pretty dangerous and I had no confidence.”

Sun Aug 23 , 2020
Rossi had been trading the lead with Ganassi’s Scott Dixon, as they proved to be the class of the field out front, but a dropped wheelnut on his right-rear corner during a pitstop meant he was late leaving his pits, and he banged wheels with Sato as he exited his […] 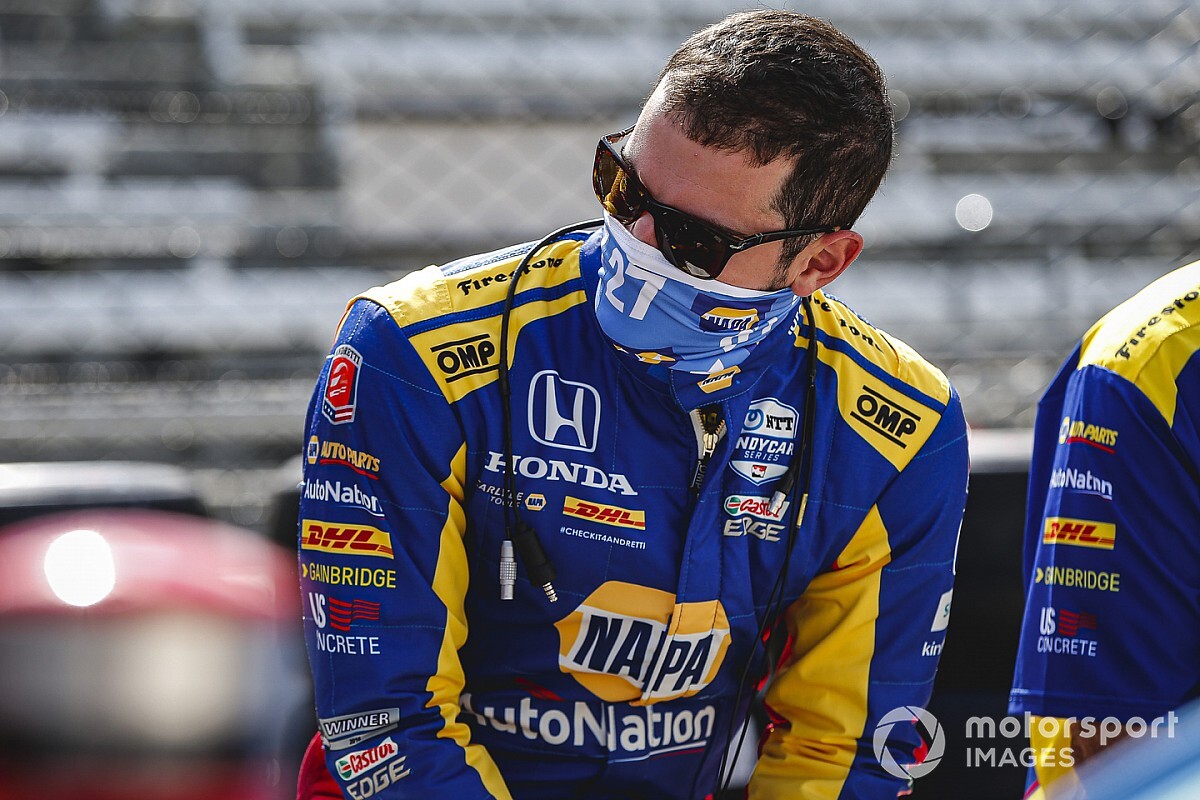