Fabio Quartararo says he “made two steps backwards” in the MotoGP Czech Grand Prix owing to grip issues, which left him seventh in “most difficult” race of his career.

The championship leader started from second at Brno and ran in that position in the early laps, but was quickly demoted down the order to a distant seventh.

Quartararo opted for the medium rear tyre – the same as race winner Brad Binder, and a step harder than SRT team-mate Franco Morbidelli used to lead the first 12 laps and finish second.

Having made a leap forward with bike set-up in FP4, Quartararo struggled with grip all race, which put him “on the limit”.

Nonetheless, he still extended his championship lead to 17 points.

“[It] really was not easy to do the race today,” Quartararo said.

“I’m sure it was the most difficult race of my career in MotoGP.

“To learn from today is tough, because we had a long debrief with my crew chief and engineers to see where we do the mistakes.

“I think we do a few mistakes during the weekend, but not huge like we finished in that kind of position.

“Honestly, in the race I was feeling really bad. I was quite bad all the weekend, but in FP4 we made a huge step forward.

“But in the race we made two steps backwards. So we need to analyse well.

“It’s difficult to accept this kind of result, but I was on the limit from lap one to 21 so it’s quite good to score nine points in this kind of situation.”

Having won the first two races in dominant fashion at Jerez, Quartararo admitted it was “difficult to stay calm” as he proved powerless to stop his slide down the order.

“It was pretty tough,” he replied when asked by Autosport if it was tough to keep his emotions in check.

“When you come from winning two races in a row with five seconds, eight seconds [advantage], you are there and you want to be there to fight for the victory.

“After FP4 I was there to fight for the podium. Of course, I didn’t have the same pace as Jerez, but from the third corner where I make a big slide from the rear, I knew the tyre was really bad – not the tyre, but my tyres.

“Let’s say, the choice, the track… Honestly, I don’t know how Brad and Franco managed to get such a good pace.

“Of course, the emotion was difficult to stay calm, because when [Alex] Rins, Valentino [Rossi], [Miguel] Oliveira overtook me.

“So, there are races you can follow and you know why [you’re struggling], but now we need to analyse well the why.”

Mon Aug 10 , 2020
DS Techeetah driver Antonio Felix da Costa, who will likely win the Formula E title this afternoon, went quickest in Sunday practice on the conventional Berlin circuit. If the Portuguese driver wins the E-Prix at the Tempelhof Airport later today, he will be guaranteed of the 2019-20 championship. Similarly, carrying […] 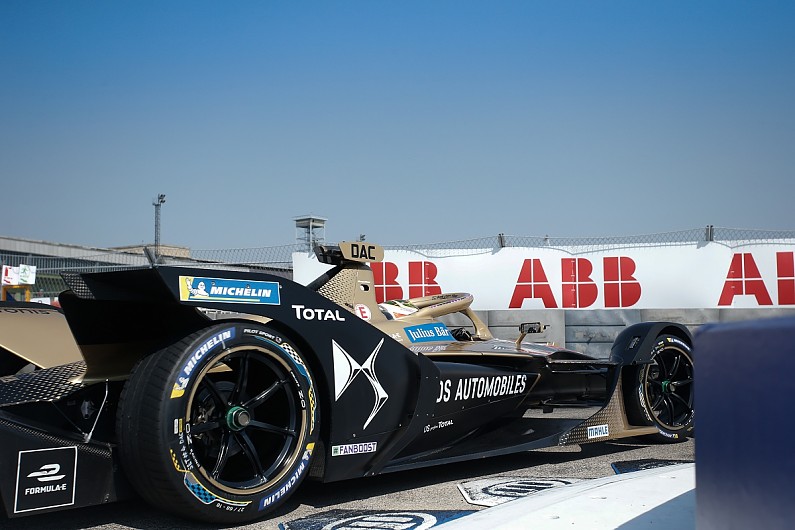