Rahal will be the first driver to make a four-lap qualifying run. Takuma Sato, the 2017 Indy winner, is second and the team’s third driver, Spencer Pigot, goes seventh.

The early times could be especially critical this year after drivers got a glimpse of what the afternoon track conditions could look like with extra weight from the new aero screens and a boost of horsepower on a sun-soaked track.

“If you draw toward the back, man, you really are at a disadvantage because, seriously, after the first run, I don’t think it’s going to get any quicker,” said Will Power, the 2018 race winner. “If you’re out of the top nine then, you really don’t have a good shot of getting in. The first run really counts. If you drew in the first top 10, you’re in pretty good shape I feel like.”

If Power is right, he could be on the cusp of snapping an 11-year streak of starting in Indy’s first three rows. The Team Penske driver will be 10th in line.

Slick asphalt may not be Power’s only problem. He uses a Chevrolet engine, and the Hondas took 13 of the top 15 spots on Friday’s speed chart.

All three Rahal drivers are powered by Honda as are all six Andretti Autosport drivers, who have consistently been fast this week. Marco Andretti has finished in the top three in all three practice sessions this week and posted a 233.491 mph — the fastest lap on Fast Friday since 1996.

And though Andretti will be 28th in line, he didn’t seem to mind.

The other big winner in the draw was Chevrolet, which took five of the top 10 qualifying spots, and could help drivers, like Power, make up ground with early runs.

“Getting 10th, I was really happy about that. You go in the first 45 minutes, a little bit of rubber on the track, obviously a teammate will go before I go,” Power said. “I have a little bit of an indication. So, yeah, it’s a good spot. Good spot for us to give us the best chance to get in.” Sat Aug 15 , 2020
The IndyCar Series’ Mid-Ohio round is set to become a double-header to effectively replace this year’s Grand Prix of Portland which has been cancelled. Teams were informed on Thursday of the decision to cancel the 2020 race at Portland International Raceway, and public confirmation is currently expected on Monday. Oregon’s […] 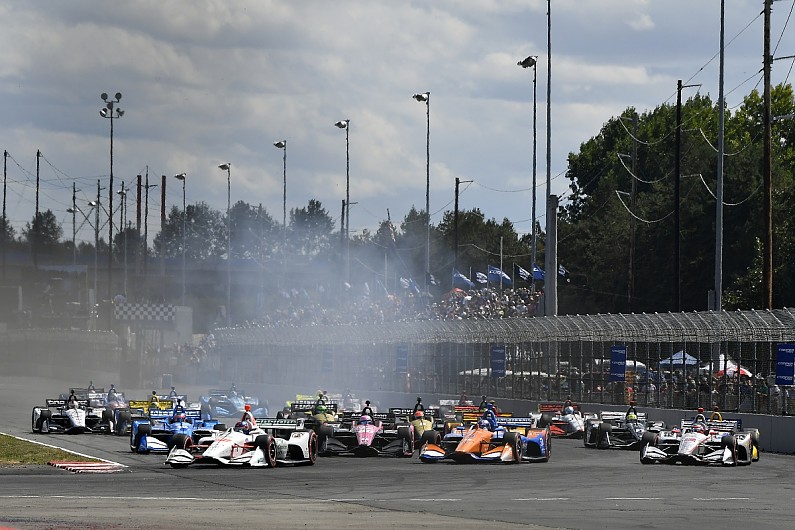