In the years before the Taycan’s unveiling, Porsche stated that the all-electric sedan, then called the Mission E, will feature over-the-air updates. Such a function would provide the all-electric Porsche a comparable ownership experience to Tesla’s vehicles, which receive consistent OTA updates every few weeks.

This was mentioned by Porsche CEO Oliver Blume, who noted that some of the Taycan’s OTA updates would allow a 400-hp version of the Mission E to be bumped to 450 hp. Such statements definitely suggest a Tesla-like update process, but if a recent letter from the German automaker is any indication, it appears that software updates for the Taycan will be a bit more old-fashioned, at least for the time being.

In a letter shared by Nicolas Boehmer on LinkedIn, the automaker stated that OTA updates are only used for the Taycan’s smaller patches for now. When it comes to major updates, Taycan owners would have to drive over to a Porsche Center to have the update manually loaded onto their vehicle. This, according to Porsche, is partly due to the size of the update itself, since physical centers have a high-speed internet line.

“The OTA system is already used for updates of a smaller scope. However, for compound updates such as this one, such a large amount of data is transferred that a smooth update in the Porsche Center is ensured with a high-speed line. Subsequently, the function of all control units is verified with a test. With a technology carrier such as the Taycan, the complexity of the systems is at a very high level, so we decided on this procedure,” the company wrote.

As noted by Mario Herger of The Last Driver License Holder, the size of the software update likely has little to do with Porsche’s decision to conduct manual updates for the Taycan. Tesla, for example, regularly rolls out software updates that are worth hundreds of megabytes or even gigabytes of data, and they are usually downloaded using a mobile network or on a regular home broadband connection without issue. With this in mind, Herger stated that the complexity mentioned by Porsche likely refers to the Taycan’s electronics, which are far more complex than those found in Tesla’s electric cars.

Tesla is vertically-integrated, and it manufactures a significant number of its vehicles’ components in-house. This allows Tesla to simplify its cars’ electronics architecture with relatively few ECUs and AI chips. Traditional automakers do not follow this model, with the Taycan’s electronics reportedly having over 100 ECUs, many of which are from varying manufacturers. This ultimately makes it very difficult to coordinate regular software updates, which likely encouraged Porsche to simply perform the Taycan’s software upgrades manually.

“The coordination of a software update with so many suppliers is certainly no honeypot and the Porsche management seems to have taken the easiest way to periodically order Taycan owners to the workshop for an update. The fact that Porsche itself has to adjust to a rhythm of software updates lasting several weeks is challenge enough. If dozens of suppliers have to be coordinated, the complexity increases enormously,” Herger wrote.

That being said, Porsche still deserves some recognition for actually following through and rolling out a legitimate software update for the Taycan. As the company continues its push for electric vehicles with the Taycan Cross Turismo and the electric Macan, there may be a chance for the automaker to be more vertically-integrated in the near future.

Tue Aug 11 , 2020
Oliver Webb will rejoin the ByKolles LMP1 team for the Le Mans 24 Hours and the preceding Spa-Francorchamps round of the FIA World Endurance Championship. The British driver has been part of the ByKolles set-up since the 2016 WEC season, and has anchored the squad’s Le Mans line-up for the […] 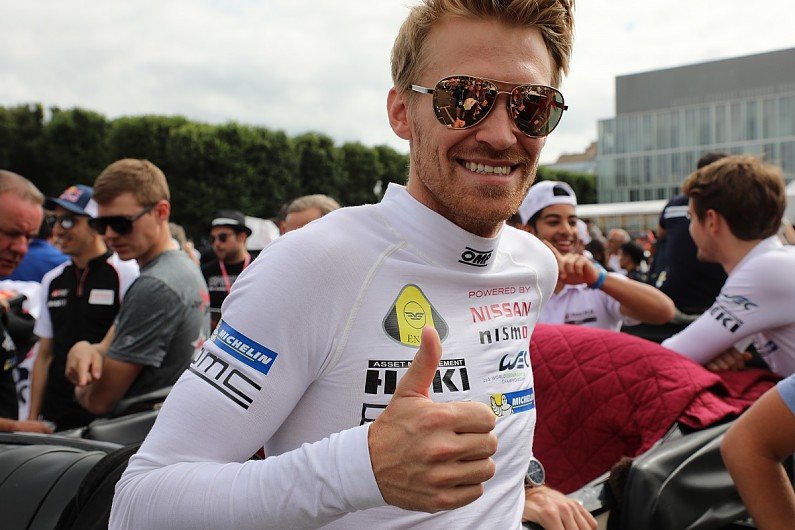