Sergio Perez may have caught COVID-19 from a private chef he hired upon returning to Europe after his trip to Mexico, according to Formula 1 team boss Otmar Szafnauer.

Perez became the first F1 driver to test positive for COVID-19 on the eve of the British Grand Prix at Silverstone, ruling him out of the race weekend.

The Mexican driver was forced to quarantine in line with the UK’s official guidelines and after remaining COVID-19 positive it meant he also missed the 70th Anniversary Grand Prix one week later.

Perez returned to the track in Barcelona on Friday during practice for the Spanish Grand Prix after returning negative test results earlier this week.

Questions were asked about Perez’s decision to travel to Mexico to visit his mother in hospital between the races in Hungary and Great Britain, and whether he may have contracted COVID-19 while on this trip.

But Racing Point now believes Perez picked up the virus after returning to Europe, having hired a private chef to cook for him to limit outside interaction at restaurants.

“We think he got it from one of the private chefs that he hired,” Racing Point team principal Szafnauer told Sky Sports F1.

“That, quite frankly, could happen to any one of us.

“He took every precaution he could privately. He stayed with his parents, he didn’t go out to eat.

“When he got back to Europe, he hired a private chef so he wouldn’t go to the restaurants.

“We think he got it from the chef.” 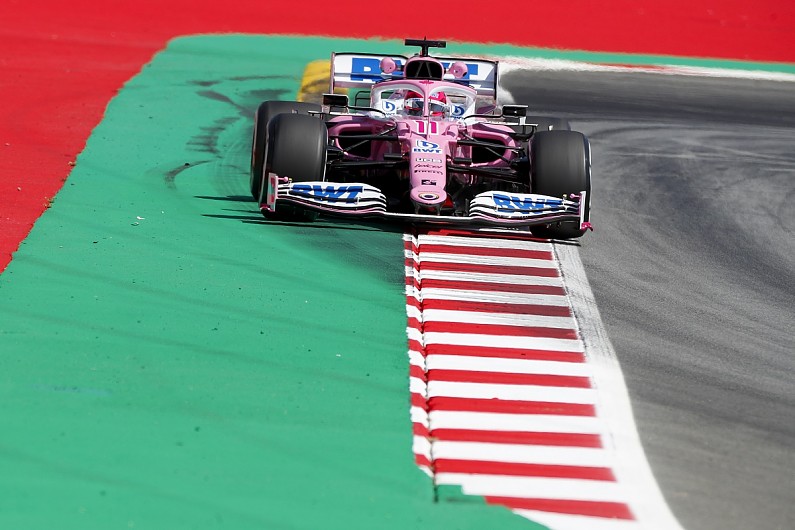 On Thursday, Perez hit back at suggestions he had met with a sponsor and interacted with fans while in Mexico, calling reports “unprofessional” and “bulls**t”.

“I haven’t done anything different to the rest of the paddock, so I was just the unlucky one to get it,” Perez said.

“I’m not willing to take any blame for that, because anyone can get it, and I was just an unlucky one.”

Perez ended up seventh in opening practice for the Spanish Grand Prix on Friday, finishing two-tenths of a second clear of Racing Point team-mate Lance Stroll.

Szafnauer was glad to see Perez back behind the wheel and fully recovered from the virus.

“It’s really great to see him get over the virus,” Szafnauer said.

“When he tested positive, he was full of virus, and he got it out of his system pretty quickly. I think that’s just because he’s in great shape.

“We hope that he gets back up to speed in the car as well. After FP1, it looked like that’s happening.”

Fri Aug 14 , 2020
Zak Brown has responded to Otmar Szafnauer’s jibe about knowing more about historic racing than Formula 1 by pointing out the “historic car” Racing Point is currently using. Racing Point was hit with a 15-point constructors’ championship deduction and a €400,000 fine last week for breaching the sporting regulations in […] 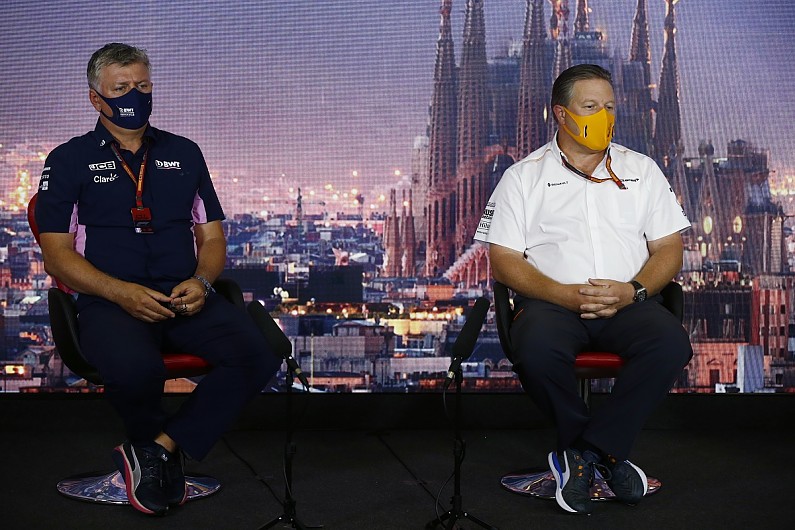