Pato O’Ward put his Arrow McLaren SP at the top of the speed charts in the last on-track session before the 104th running of the Indianapolis 500.

In the final track time ahead of this weekend’s Indy 500, O’Ward, classified as a rookie at Indy after failing to qualify for the race in 2019, was the only driver to break the 225mph barrier and the 40 seconds barrier, with his 11th lap of 84 resulting in 225.355mph.

That put him 0.7mph ahead of the best effort from Scott Dixon, the 2008 Indy 500 winner for Chip Ganassi Racing, while two more former winners in Alexander Rossi and Takuma Sato were third and fourth fastest.

Oliver Askew, another rookie, was fifth in the second Arrow McLaren SP entry ahead of Zach Veach for Andretti Autosport who said yesterday that his car was feeling comfortable in traffic and duly proved it today.

As in qualifying, Josef Newgarden was the fastest of the Team Penske runners, while his Indy winning team-mates were buried in 14th, 17th and 24th. The last of these, Will Power, told NBC the car was “off” at the start of the session but made good gains towards the end, before he reverted to pitstop practice.

Power was just behind Fernando Alonso in terms of outright speed on the timing screens, but ahead of pole-winner Marco Andretti, who could only manage P28 and whose car looked very nervous in the wake of his rivals.

Alonso, who makes his third appearance at the Indy 500, claimed P23 in final practice will start the race from 26th place having endured an eventful opening week of the reshuffled race programme. 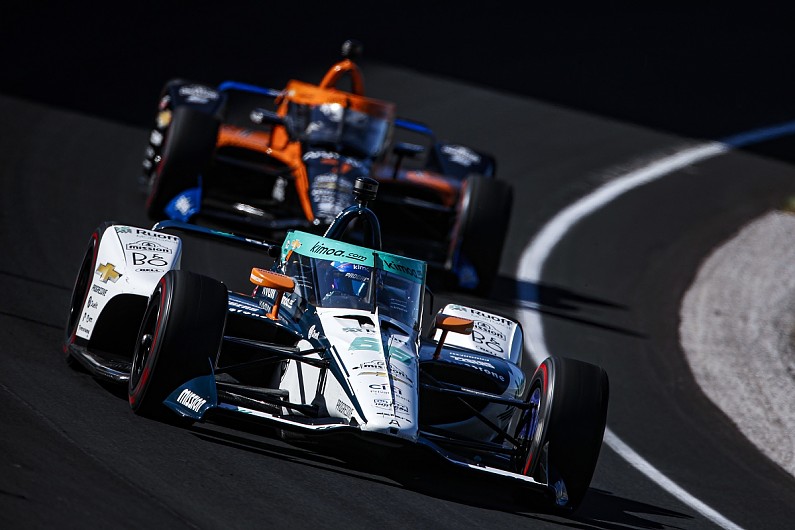 After taking fifth place in the opening practice session, Alonso saw his progress curtailed by a heavy Turn 4 crash on the second day of practice.

PLUS: Why Alonso’s latest McLaren reunion has cause for optimism

The rescheduled 2020 Indy 500, postponed from its traditional month of May programme, will take place this weekend (23 August) without fans due to COVID-19 protocols.