Add to the list of uncertainties around this year’s Indianapolis 500: Will there be bumping? And more importantly, will the entry list reach the minimum traditional 33 entries without Roger Penske pulling some strings?

Presently, the existence of the type of fireworks we’ve gotten the past two years — fan-favorite James Hinchcliffe missing the race in 2018 and worldwide household name Fernando Alonso and McLaren slipping up a year ago — is at risk. The past two Indy 500s have had some sort of bumping, after 2016 and ’17 didn’t.

Thirty-one entries are locked-in for the 104th running of the Indy 500, with three more in various stages of uncertainty – from simply unannounced to in serious jeopardy. When you look beyond 33 possible entries for qualifying next month, the picture gets even bleaker. The race is scheduled for Aug. 23. Here’s where things stand:

The teams listed above combined for 32 of the 36 entries for 2019 qualifying.

Dreyer and Reinbold Racing (1): Dating to early this year, when they unveiled their original three-race plan for Karam in the No. 24 car, team owner Dennis Reinbold has been adamant the team will yet field a second car for the 500. All signs point toward the team again linking up with IndyCar veteran J.R. Hildebrand, who’s raced for the team each of the past two years.

That gets us to 32 entries.

DragonSpeed (1): Before the pandemic shook up the schedule, DragonSpeed was slated to run six races this year, with Ben Hanley set to kick things off at St. Pete. Of course, one of those races included the 500, where the team made its IMS debut a year ago with Hanley, finishing 32nd.

But ahead of the new season-opener at Texas Motor Speedway, which was on the team’s original list of races, DragonSpeed pulled out to refocus its efforts on the 500. On Wednesday, a team spokesperson said things are “down to the wire” on putting together an entry. They’ve previously said that Hanley remains the first choice to fill the seat.

Tog Gun Racing (1): This spring, Top Gun Racing emerged as the latest addition to the IndyCar paddock, making its debut in IndyCar’s iRacing Challenge with RC Enerson, who’s driven in four combined IndyCar races with Coyne (2016, three races) and Carlin (2019, one race). Briefly this summer, the team announced it had pulled out of its plans to make a run at the 2020, only to change course days later and pledge to run as many as three races with Enerson, including the Indy 500, without any sort of partnership involving another established team.

Team co-owner Bill Throckmorton told IndyStar on Wednesday the gears are still turning on putting together a team, but this week’s announcement from IMS about no fans permitted at this year’s race activities seriously stunted Top Gun Racing’s sponsorship hunt.

For any of those long shot entries, a solid list of drivers with recent Indy 500 experience still exists, including Sebastien Bourdais, Pippa Mann, Oriol Servia, Stefan Wilson and Kaiser, among others.

I don’t have my ride confirmed for the #Indianapolis500 @indycar but I’m close! I need a little more sponsorship and I’m in. The sponsor would get great value for the $ amount. And you know I’ll win this race one day, maybe this one? If any company could be interested DM me.

I feel for all the fans of INDYCAR and the Indy 500 today. Indy won’t be the same without you, but while there’s 33 of the best drivers in the world battling to drink milk, it will still be THE Indy 500. Doing all I can to be one of those 33, but time is running out. #Indy500

Thank you for including me in your list. However unless something unexpected happens, 2020 will be the first #Indy500 without a female athlete in over 20 years… https://t.co/tpGoZMuP7u

This article originally appeared on Indianapolis Star: Only 31 confirmed entries for 2020 Indy 500 with one week till IMS opens for practice

Fri Aug 7 , 2020
Nissan has long been a leader in electric vehicle sales, despite really only having one EV — the functional-if-uninspiring Nissan Leaf hatchback — on the market. That changed today with the introduction of a new mid-sized SUV with up to 300 miles of range called the Ariya. First unveiled last […] 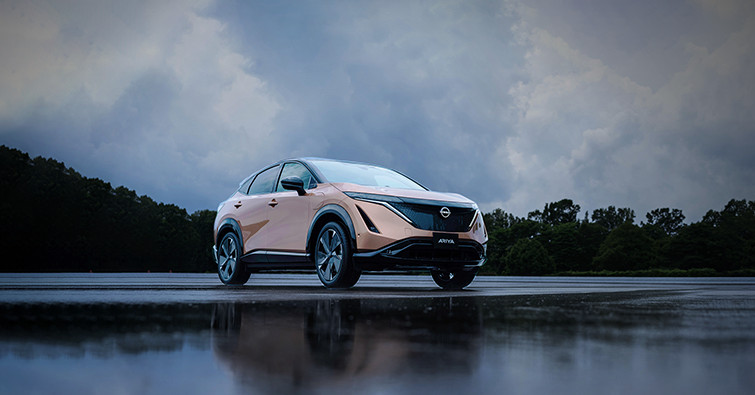