One sentence on every driver from Indianapolis 500 qualifying Saturday:

1. Marco Andretti: A complete turnaround sees Andretti at the top of the charts after a dismal start to the season.

2. Ryan Hunter-Reay: RHR with a fast car means he’ll be one to watch for pole and for his second race win next week.

3. Alexander Rossi: Looking for his second Indy 500 crown, Rossi will have a great shot at pole.

4. James Hinchcliffe: Without a full time ride, Hinchcliffe makes a case for himself with a fast qualifying speed. Gives Andretti the top four spots for Sunday’s Fast Nine.

5. Scott Dixon: Not enough to beat the Andretti fleet in front of him, Dixon still has an excellent shot at his second Borg-Warner Trophy next week.

7. Alex Palou: An outstanding run for a rookie with only one prior oval start.

8. Graham Rahal: While quick, if Rahal wants a shot at pole position, his team will need to tweak the car heading into Pole Day.

9. Takuma Sato: The 2017 winner just barely makes the Fast 9 behind his teammate.


10. Colton Herta: Just one spot shy of making the Fast Nine, Herta will have to look to his Andretti teammates to find some more speed for race day.

13. Josef Newgarden: The fastest Penske car could not make the Fast 9.

14. Felix Rosenqvist: He picked up his first career IndyCar win at Road America, but being the slowest Ganassi car means Rosenqvist will have a lot of time to make up next week.

16. Ed Carpenter: No pole this year for the Hometown Hero, but anything can happen in the race.

17. Zach Veach: Solid qualifying performance out of Veach, but he still finds himself as the slowest of the Andretti team.

18. Conor Daly: Looking for a front row start, Daly just didn’t have the speed in the car for a pole run this year.

19. Santino Ferrucci: Dale Coyne Racing cars have shown speed on race day the past few years, so Ferrucci shouldn’t feel too bad about qualifying in the middle.

20. Jack Harvey: Looking for a good run Sunday, Harvey will start a career best of 20th at Indianapolis.

21. Oliver Askew: Out-qualifying your teammate (who happens to be a two-time F1 World Champion) is not a bad way to start your Indy 500 career.

22. Will Power: Continuing the struggles of the Penske cars, Power could not find enough speed to bump his way into the top 20.

23. Tony Kanaan: While this probably won’t be Kanaan’s final 500, he will have his work cut out for him in the race next week.

24. Dalton Kellett: Only a few tenths off teammate Tony Kanaan’s time, the rookie will make his Indy 500 debut on Sunday.

25. Simon Pagenaud: Last year’s winner, much like his Penske teammates, could not find speed to improve his starting position.

26. Fernando Alonso: Lots of questions surround Alonso’s future in the 500, but one thing is for sure, this year he’s made the race.

27. James Davison: Juggling between running the NASCAR races or Indy 500 practice, Davison might want to stay in Naptown for another day to find more speed.

28. Helio Castroneves: The three-time winner and free-agent-to-be could not find speed and will roll off from his career worst starting position next week.

29. Charlie Kimball: After being the only Carlin driver to make the field last year, Kimball’s full-time return finds him starting behind his teammates.

30. Max Chilton: After the heartbreak of missing the show one year ago, Max Chilton successfully qualified for his only oval race of the season.

31. Sage Karam: Not the starting position Karam will want as he’ll have a long way to go next week.

32. JR Hildebrand: With Dreyer & Reinbold Racing struggling for speed, JR Hildebrand will line up on the final row next to teammate Sage Karam.

33. Ben Hanley: There were questions about DragonSpeed and Hanley leading up to the opening day, but they were able to make the race for the second year in a row.

This article originally appeared on Indianapolis Star: One sentence on each driver from Indy 500 qualifying

Sun Aug 16 , 2020
Lewis Hamilton says his “heart nearly stopped” after holding on for a remarkable Formula 1 British Grand Prix victory despite suffering a puncture on the final lap of the race. Hamilton led every lap from pole position at Silverstone, keeping Mercedes team-mate Valtteri Bottas at bay throughout the race. Bottas […] 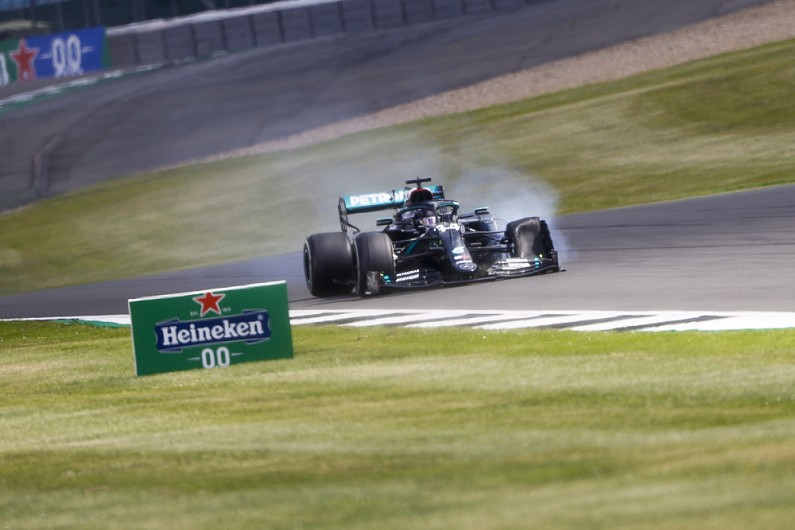