McLaren’s Lando Norris says he thought he’d “fudged” his charge to a maiden Formula 1 podium during a “few moments” of a chaotic Austrian Grand Prix.

Starting from third after Lewis Hamilton’s three-place grid drop for a yellow flag infringement in qualifying, Norris dropped to fifth in the opening laps.

But after falling behind Charles Leclerc’s Ferrari, late five-second penalties handed to for Hamilton for contact with Alexander Albon and Sergio Perez for pitlane speeding meant Norris found himself in podium contention in the closing laps.

After fending off team-mate Carlos Sainz Jr, who had fresher tyres, an aggressive move on Perez’s Racing Point at Turn 3 gave Norris clean air which he used to post the fastest lap of the race on the final tour and end up within 4.8s of Hamilton at the chequered flag – netting him a first F1 podium by just two tenths on corrected time.

Commenting on the result, McLaren’s second podium in three races after Sainz finished third in Brazil last year, Norris said: “I’m speechless. I think there’s a few points in the race where I thought I kind of fudged it up a bit.

“I dropped to fifth with a few laps to go, Carlos was almost going to get past me.

“But I didn’t give up and I managed to get past Perez and ended up on the podium. 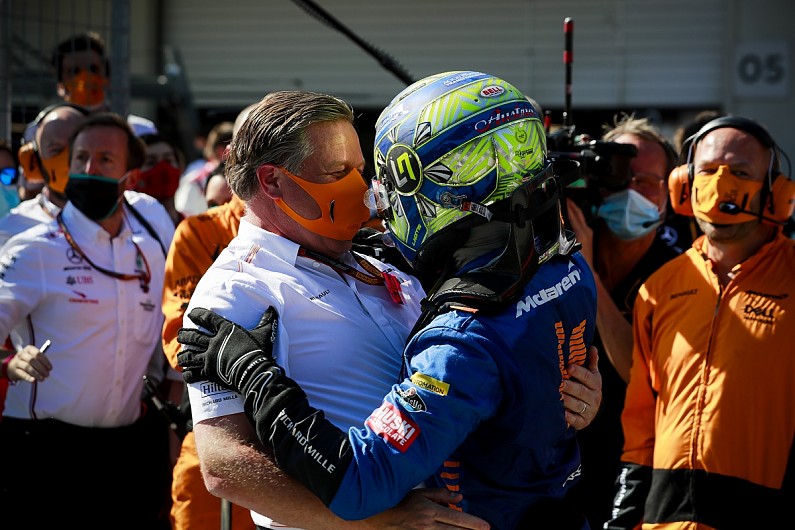 “I mean it’s a long race, but I kept going and kept giving my all, [I had] a pretty cool last few laps trying to push as much as I can.

“I am a bit out of breath, but I am so happy and proud of the team.

“Considering where we were a few years ago to now, I think it’s a pretty good achievement, so I’m proud to be part of it.”

Norris said he was aware of Perez’s penalty, but not Hamilton’s at the time, and his robust pass on the Mexican was more down to being vulnerable to attack from Sainz.

“The last few laps, when I had to get past Checo, I knew he had a five second penalty but nothing more than that,” he added.

“I always seemed to struggle when I was close to the cars ahead and more vulnerable to the guys behind.

“So I knew – not just because of Lewis, because I didn’t know at the time [he had a penalty] – I had to try to get past him.

“And then when the Lewis penalty came, I knew I had to turn it up a little bit.” 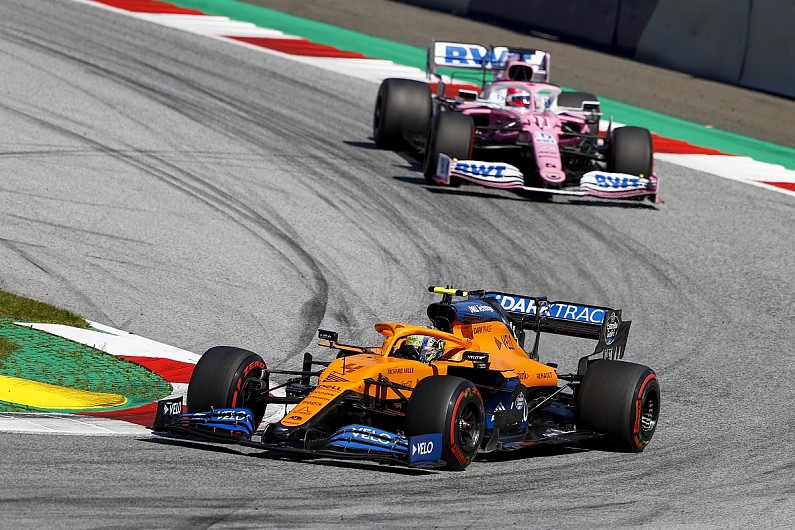 The McLaren Group laid off around 1200 staff during the coronavirus-forced lockdown, having been hit hard by the financial fallout wrought by the pandemic.

That came months after a member of its race team tested positive for COVID-19 on the eve of the Australian Grand Prix, which led to its withdrawal from the race and ultimately the outright cancellation of the event.

Team boss Andreas Seidl noted that there was “nothing better” than Norris’ result for the team after such a “difficult period”.

“Obviously I’m just proud to be honest to be part of the team today,” Seidl told Sky Sports F1.

Wed Jul 29 , 2020
Red Bull Formula 1 boss Christian Horner is expecting the pre-season controversies – including Mercedes’ DAS system and Racing Point’s Mercedes-inspired design – to reignite at the Austrian Grand Prix. The two topics were set to be significant flashpoints at the original season-opener in Australia – along with the controversy […] 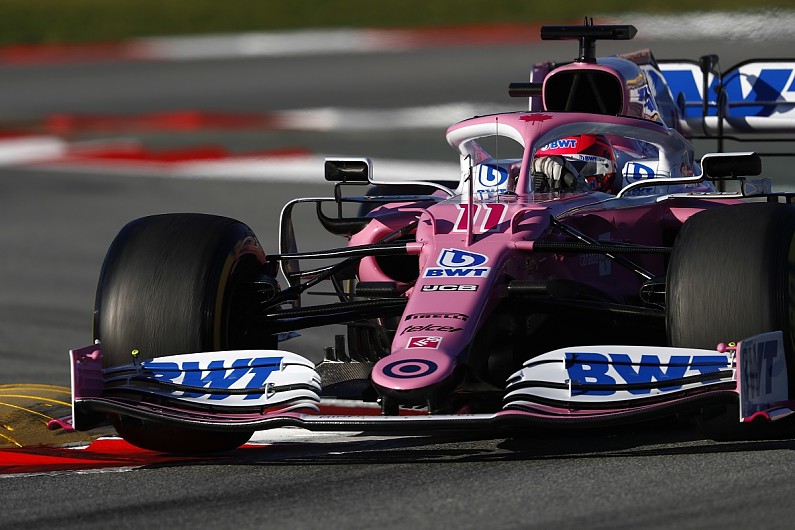