KTM’s Brad Binder says he has “no rush” to try and win more MotoGP races following his Czech Grand Prix triumph, after a “tough” first day at the Austrian GP.

The South African became MotoGP’s latest winner last time at Brno, when he guided the RC16 to his and KTM’s maiden premier class victory.

PLUS: Why the real winner in the MotoGP Czech GP wasn’t KTM

With KTM having tested at Red Bull Ring in June – having also done so last month at Brno – Pol Espargaro hit the ground running on Friday in Austria, topping FP1 and the day overall after FP2 was interrupted by rain.

Binder was around eight tenths off the pace down in 16th, but expected the day to be harder having never ridden Red Bull Ring on a MotoGP bike.

When asked by Autosport if knowing he is capable of race wins makes it easier for him to have slower starts to a weekend, Binder said: “It does and it doesn’t, in a way.

“Once you have one [win], you want many more.

“But the great thing is I have no rush really. I knew today was going to be tough.

“I’m sure if I had the FP2 session it would have been a different story because I didn’t really do a good lap this morning.

“If I just fix that, I’m in the mix straight away. So, I’m quite happy. Today was quite cool.


“It’s strange, because you have to brake deep, you don’t really prepare the exit [of the corner] as much as you do on a Moto2 bike.

“I expected the opposite.”

Elaborating on the difficulties of this track, Binder – who won the Moto2 race for KTM last year in Austria – says it’s “a lot more complicated” than it appears and was “completely lost” early in FP1.

“This track is definitely a lot more complicated than it looks on paper,” he added.

“If you look at it, there’s not really too much to it, not too many corners.

“To go fast here is a huge challenge, especially on a MotoGP bike.

“The braking zones are super long. To try and keep the wheely down, it’s quite hectic too.

“So, there’s a whole lot of things to try to work on, and unfortunately today we lost out on a load of track time in FP2.

“But FP1 at the end I started to find my bearings a little bit.

“So, at the beginning from being completely lost to that was quite a good step.”

Fri Aug 14 , 2020
With the turbo boost turned up from 1.3-bar to 1.5-bar in preparation for qualifying weekend, the Hondas are looking very strong at half-distance in the 6hrs30min session, although their dominance is perhaps skewed by handling difficulties for all four Team Penske-Chevrolets. Andretti Autosport-Honda’s Zach Veach was the first driver to […] 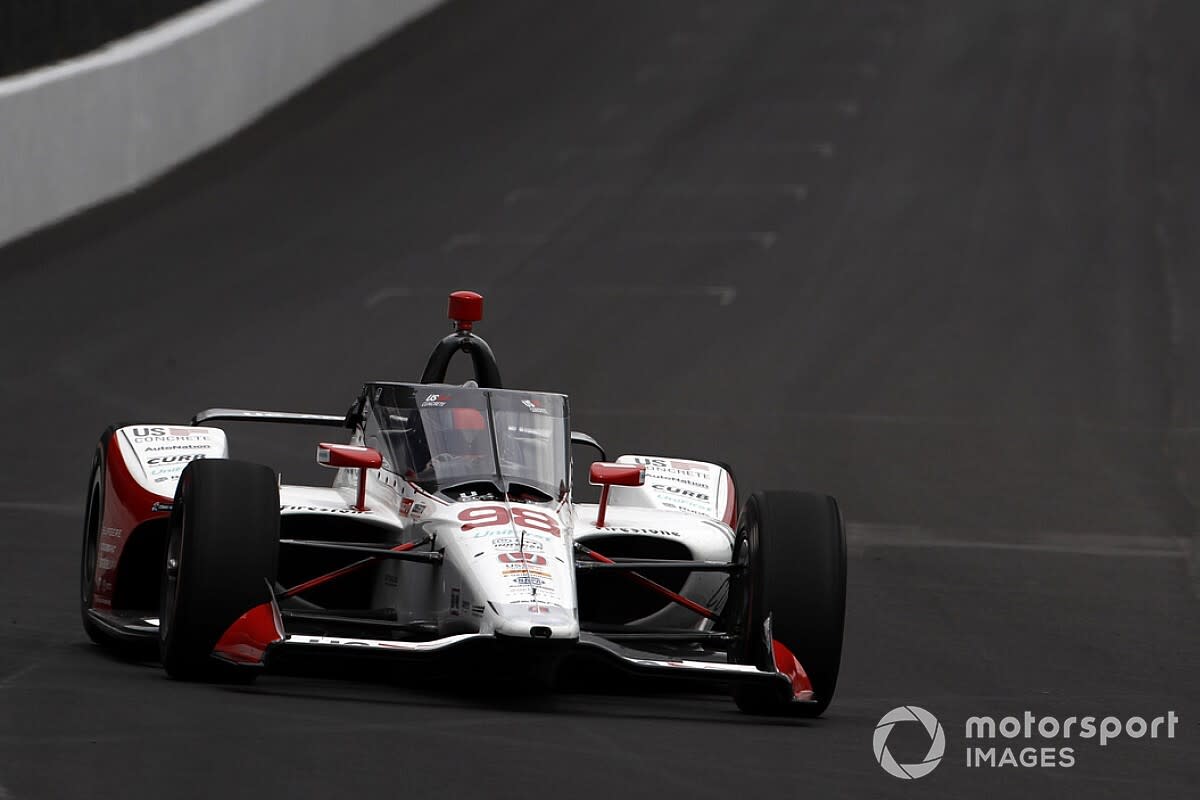