Defending IndyCar champion Josef Newgarden believes Team Penske will be a contender for the win on Sunday – but is wary of putting too much stock in its Carb Day performance.

He said afterwards: “I wanted to almost go back to the garage after 30 minutes and just leave the car the way it was. It felt really good. Carb Day is one of those days where if you car feels good, you almost don’t want to use it up. If it doesn’t feel good, you’re going to use the whole session.

“I feel confident [but] you can’t go in with too much confidence. You have to be cautious. [We were] trying to make sure we have every detail in place, have a good game plan. Make sure we look at the small things that could catch us out. But I felt like our Shell car was good.

“Team Chevy has done an amazing job giving us a good race package. Obviously not where we wanted to be on qualifying weekend, but I feel confident with what we’re bringing into race day and think we can challenge the front guys.”

However, he sounded a note of warning that running at 24 degrees Celsius ambient temperature from 11am to 1pm during the Carb Day session made it less relevant than ideal, given that the race will start at 2.30pm (ET) on Sunday, when peak temperature is forecast to be 30 degrees Celsius.

The cooler temperatures, he said, made the cars easier to handle in traffic, allowing more opportunities to pass. 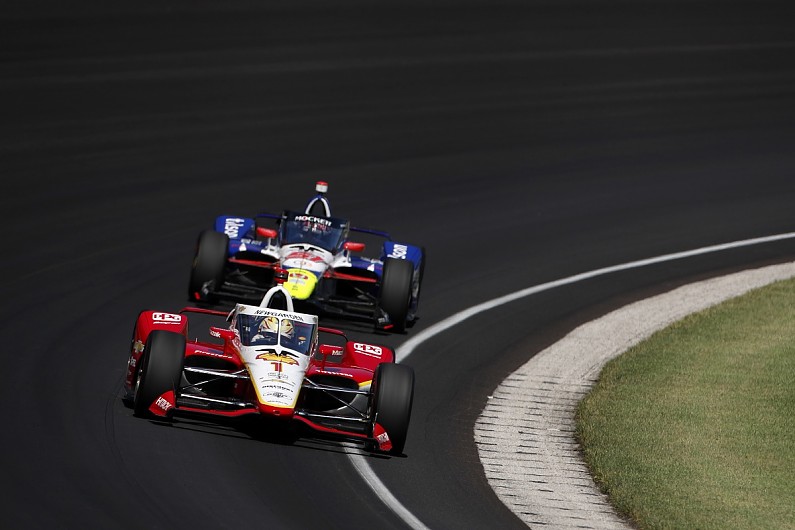 “That’s why we try and stay on top of it every day,” he explained. “The temperatures are always fluctuating. You kind of have to have a good idea of how your car reacts in all of these condition changes, whether it’s wind, track temp, ambient or all of it. I think you account for that.

“Most teams are most likely doing that. You should be accounting for it on a day like today. We know it’s probably not realistic from a time standpoint. The race is going to be a couple hours later in the afternoon, so we know track temp is going to be up quite a bit. You compensate with what you’re running on the car. You’re realistic in what you feel per day.

“Where you get in trouble is on a day like today where it’s cooler and easier. You can feel like a superstar when it’s like this. You have to temper that, put the whole two weeks together. That gives you a good picture of where you’re at, not a single session like this morning.”

Newgarden finished fourth in last year’s Indy 500, but his best result came with Ed Carpenter Racing in 2016, when he finished third behind Alexander Rossi and Carlos Munoz. With eight 500s behind him, he described himself as “cautiously optimistic that we have a car to fight with.”

“I think really we have a shot to be up there at the front, challenge the frontrunners,” he said. “We’ll see. This race can take many turns. Across 500 miles, you never know where you’re going to end up.

“I think if we put ourselves in position, we should be able to fight. I feel confident. I think our Shell car is fast. Team Penske has done an amazing job for our car in race trim. I think we’re going to be there.”

Sat Sep 5 , 2020
Ferrari team principal Mattia Binotto has admitted he questioned whether he was the right person to lead the outfit in the wake of its early season Formula 1 struggles. The Italian outfit has fallen away from the front of the field in 2020, and faced a bruising outing in Belgium […] 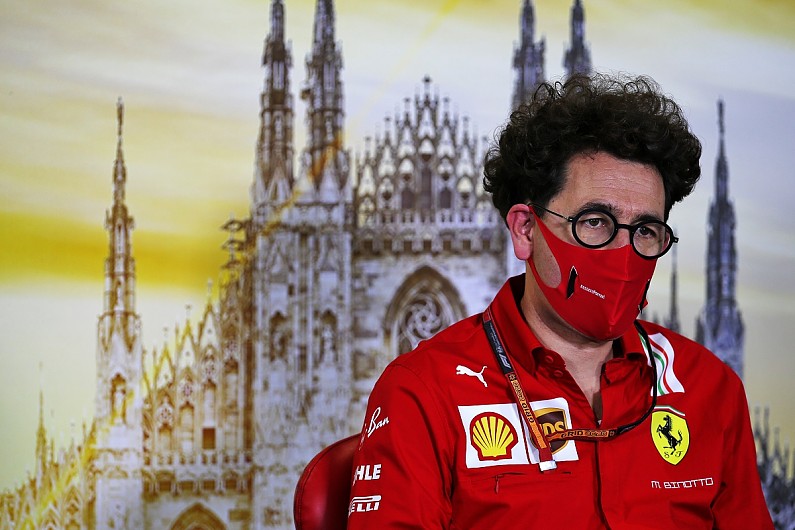