More than not, the purchase of a sports car tugs on an emotional attachment between man and machine and nowhere is this more apparent than with the resurrected Toyota GR Supra.

Last produced around 2000 due to declining sales and poor fuel efficiency, the Supra has come back with a vengeance

What makes this Supra so, well, cool is its rounded curvy creases throughout, multiple scoops front and back, fake vents and slotted rooftop that combine to make it a real standout. Its origin is just as storied and comes about through a unique partnership between Toyota and BMW.

Yes, this set of wheels is put together with the bones and numerous parts from a BMW Z4, is assembled in an Austrian BMW plant and costs thousands less than the Z4. You might ask why BMW would want to outdo itself.

A closer look reveals some subtle differences between the two. Simply put the BMW is designed to perform better with fine tuning in overall ride, steering and braking.

Even with subtle engineering differences, the Supra is no slouch in performance and handling traits. Our tester featured an inline 3.0-liter turbo six-cylinder with horsepower increased by nearly 50 to 382 from last year’s re-entry model. An inline turbo 2.0-liter four cylinder is also available with 255 hp on both the Supra and BMW.

Both cars share an eight speed automatic transmission with rear-wheel drive. Rapid fire shifting produces a distinctive crackling exhaust note with or without and paddle shifters.

Getting seated inside is a chore and we found no learning curve after a week of testing this two-seater. You twist, turn and contort sideways and then drop into the seat. Getting out is everything in reverse and just as arduous.

Interior amenities mimic the Z4 so those familiar with BMW climate controls, electronic shifter and infotainment operation will be pleased. Cabin room is on the slim side.

No need for multiple driving modes in the Supra, just Sport or normal with adaptive variable suspension adjustments, sport seats and an available 8.8-inch touchscreen with navigation.

A 12-speaker JBL sound system is standard in the Premium trim along with color heads up display, rear sport differential, pre-collision system with pedestrian detection and active lane departure warning. Rear cargo is tight but a half dozen shopping bags and carryon luggage will fit.

Be sure to include the Supra on your short list of test drives. Purchase comes with a track day for high performance driving and membership in National Auto Sport Association.

What was tested: 2020 Toyota GR Supra

Assembled: The Supra is assembled at a BMW plant in Austria. Information is not available on U.S./Canadian parts content, major source of foreign parts, country of origin – engine and transmission.

Crash test ratings: The National Highway Traffic Safety Administration (NHTSA) and the Insurance Institute for Highway Safety (IIHS) have not tested the Supra.

Wed Aug 12 , 2020
Fernando Alonso says the Indianapolis 500 would benefit from a major Esports event similar to this year’s 24 Hours of Le Mans Virtual. Speaking ahead of qualifying for this year’s delayed real-world Indy 500, Alonso told the media that the growth of esports is such that every series should take […] 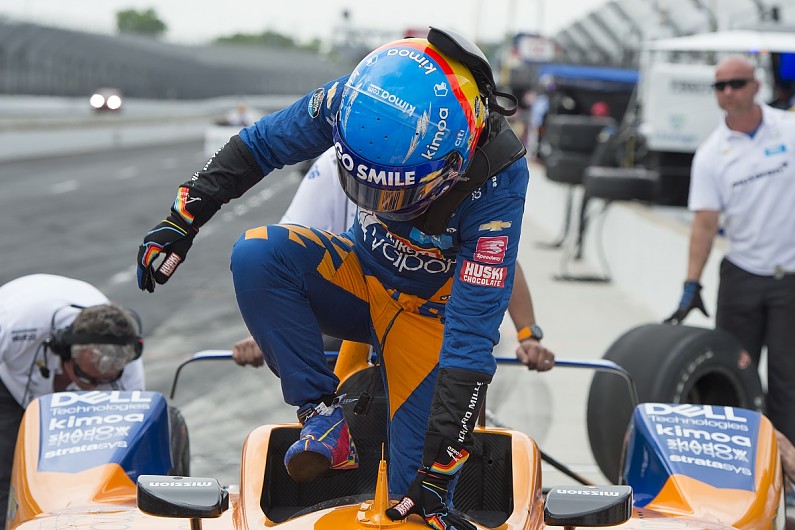