The McLaren Formula 1 team finally addressed the cooling problem that has hampered Carlos Sainz Jr by giving him a brand new Renault power unit in Barcelona on Saturday.

The Spaniard is back level on performance with team-mate Lando Norris, and he will start his home race one spot ahead of the British driver from seventh on the grid.

After Sainz struggled with cooling at the 70th Anniversary GP, McLaren changed his chassis for this weekend, in case there was an issue with the radiator inlets, but he still had the problem on Friday.

The final option was to change the power unit, and Sainz took a new batch of elements on Saturday morning, a race earlier than planned.

“It was definitely a good change,” he said.

“I’d like to thank the team and everyone involved in this decision because it was, I guess, not an easy decision to try and bring the power unit forward one race – we were planning to use it in Spa.

“But in the end, we decided to use it here because the other engine was giving us cooling issues, but also performance issues, and because of that, I think we did the right thing to to put it here this weekend, and since FP3 honestly we picked up a fair bit of performance and reliability and the cooling problem is also now done.

“So I’m happy with the change, and relieved, to be honest, because it’s given us a lot of headaches lately.”

Although he was happy with seventh, Sainz felt that he had the potential to edge Red Bull’s Alex Albon for sixth place. 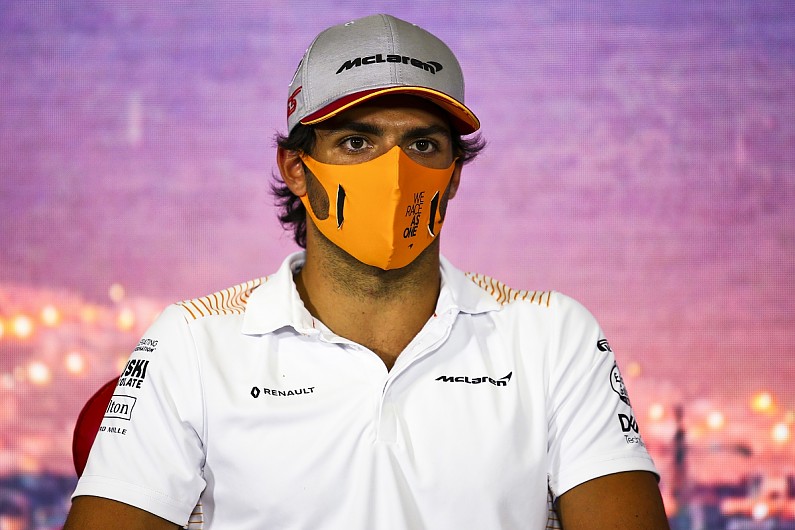 “I think there was definitely the chance to beat Albon today, with some improvements, especially from my side in sector three, I didn’t quite nail it in Q3,” he said.

“And depending on the wind, the track condition, it’s just very, very difficult to get everything together.

“But I do feel like if you join my sectors with Lando’s you can end up a couple of tenths ahead of where we are now.

“I think the Racing Points are clearly quicker over one lap, but hopefully they are a bit more vulnerable in the race and then we can put them under pressure a bit and have a race with them, but they’re very strong here.”

Sainz added he believes a top five result in the race is possible, but that holding onto the grid positions is the first target.

He also admitted that competing at home without a crowd was a strange experience.

“I always feel a bit more nervous in this race, nervous in a positive way, because I see a lot of people cheering for me, like they call it in football a home advantage,” he explained.

“I don’t know if it has something to do with the feeling that I get here and with the [strong] results I’ve scored here in the past, but I do feel like it’s too much of a coincidence, so I tend to incline that it does make a difference.

“For me this weekend not having them and not having the whole crowd here cheering for me not having all those events that makes your life a bit more stressful, but also a bit more exciting with the public, it’s definitely different, and I’m missing them, and I miss that feeling.”

Tue Aug 18 , 2020
Toto Wolff says suggestions Mercedes may have played a role in Racing Point’s bid to copy its 2019 title-winning Formula 1 car are “total nonsense”. Racing Point was hit with a 15-point constructors’ championship penalty and fined €400,000 after it was deemed to have copied Mercedes’ 2019 brake duct design. […] 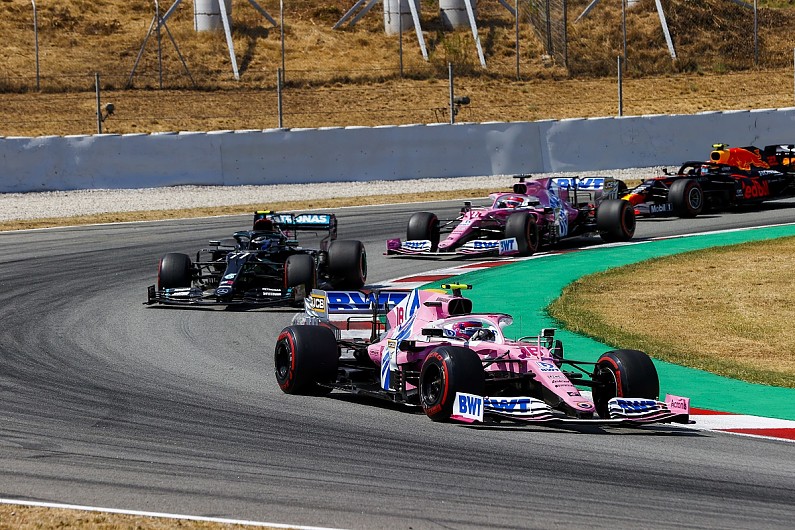