For the first time in MotoGP history, the series is hosting back to back races at the same circuit in the same season. Here’s how to watch qualifying.

After a dramatic opening race in which Fabio Quartararo secured his maiden MotoGP victory while Marc Marquez suffered a broken arm in a crash, it is time to do it all over again at Jerez as the circuit hosts consecutive grands prix behind closed doors as part of the COVID-19 calendar reshuffle.

LCR Honda’s Takaaki Nakagami has become the surprise early leader after Friday practice ahead of Avintia Ducati’s Johann Zarco – with the French rider having an eventful session after catching out former KTM team-mate Pol Espargaro while touring in the braking zone for Turn 2 which forced the Spaniard into the gravel.

In a shaken-up running order, with most riders focusing on long run pace given the bank of data from last weekend’s race and the pre-event test to rely on, early championship leader Quartararo claimed sixth place in FP2 but remains outside the top 10 on the combined times.

All eyes will turn to Marc Marquez’s garage tomorrow as he opted to sit out Friday practice to gain extra recovery time in his shock return from surgery on his broken arm that he underwent on Tuesday.

The reigning MotoGP world champion will use Saturday to assess his fitness on the Repsol Honda after he passed the medical examinations to take part in this weekend’s Andalusian GP. 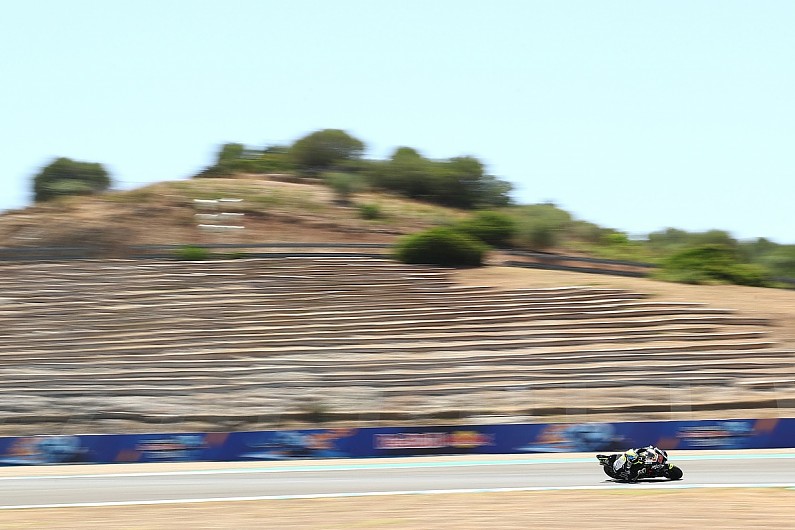 What is the Andalusian Grand Prix?

The same race name is not allowed to be used twice during one MotoGP season, so organisers have opted for new race titles to differentiate the two events at this season’s double-headers.

After the traditional Spanish GP acted as the MotoGP opener, the Andalusian GP hosts round two – named after the region Jerez is based in.

The same naming process will be used for the double-headers at the Red Bull Ring, Misano and Aragon, while the Valencia double-header will use the European GP title for its first event.

What time does qualifying for the Andalusian MotoGP start?

The fastest 10 MotoGP riders on the FP1-2-3 combined timesheet automatically head into Q2, with the rest of the riders entering Q1 of qualifying. The two riders who are fastest in the 15-minute Q1 session will progress into Q2 to compete with the top 10 from practice. Q2, which also lasts 15 minutes, decides who gets pole position and the qualifying order for the front four rows of the grid.

In the United Kingdom every MotoGP practice, qualifying and race is broadcast live on BT Sport. MotoGP also offers its own live online video streaming service.

What’s the weather forecast for qualifying at Jerez?

At the height of the Spanish summer, the weather forecast remains hot and sunny, with highs of 36 degrees Celsius for qualifying.

Wed Aug 19 , 2020
Vauxhall team Power Maxed Racing is to return to the British Touring Car Championship for this weekend’s Oulton Park round with racer-engineer Mike Bushell. PMR, the official Vauxhall squad in the BTCC, decided last month to take a sabbatical from the coronavirus-delayed 2020 season for commercial reasons, although the team’s […] 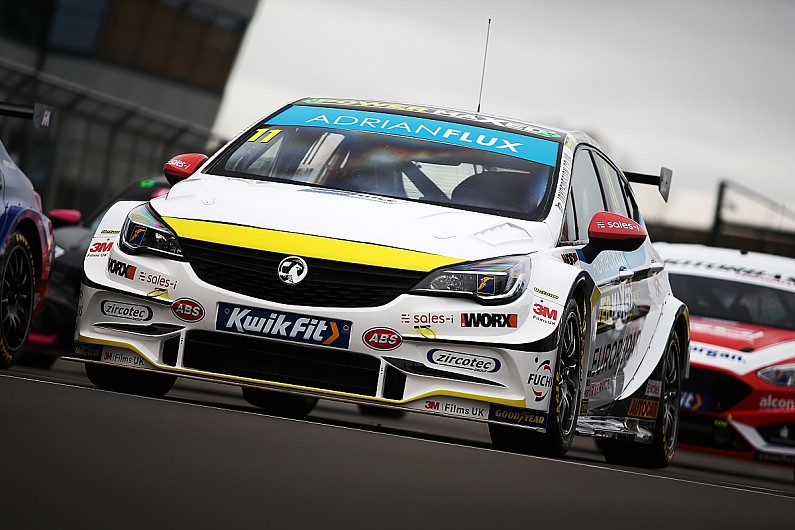