Jack Miller led a Ducati 1-2 in first practice for the inaugural MotoGP Styrian Grand Prix at the Red Bull Ring, while Johann Zarco was absent.

For the second time in 2020 a second grand prix will be staged at the same circuit, with the field returning to action just a week after a dramatic Austrian GP.

LCR’s Takaaki Nakagami led the way in the early stages of the session with a 1m24.715s, which the Honda rider subsequently improved to a 1m24.103s.

This remained the benchmark for quite some time, with Austria winner Andrea Dovizioso his nearest rival – the Italian 0.035 seconds adrift with around 15 minutes of the session remaining.

With the weather always unpredictable at Red Bull Ring, a late time attack ended the session as the riders made their early bids for a direct place in Q2.

Suzuki’s Joan Mir – who scored his maiden MotoGP podium last time out – finally deposed Nakagami with a 1m24.035s with four minutes to go.

The Spaniard’s run at the top was brief, however, as Tech3 KTM’s Miguel Oliveira edged ahead with a 1m23.889s.

Then Miller fired in a 1m23.859s, which would see the Pramac rider safely through to the chequered flag as the fastest man in FP1. 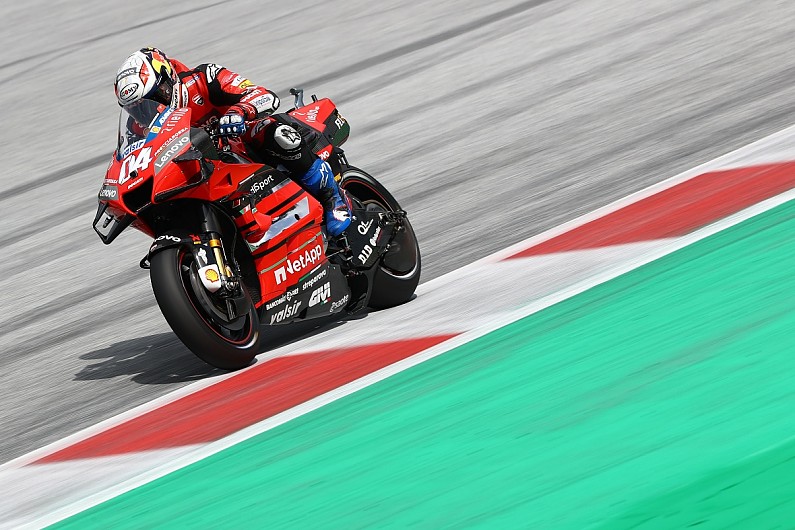 Dovizioso jumped up to second at the death, missing his Ducati counterpart’s time by just 0.004s, with Oliveira completing the top three.

Nakagami was fourth in the end ahead of Mir and the Petronas SRT Yamaha of Franco Morbidelli, returning to action just five days after his horror collision with Zarco.

Zarco was absent from FP1 having been unable to sit the medical test following surgery on a fractured wrist on Wednesday.

The Avintia rider will have the exam later today before determining his participation. Should he make the start on Sunday, he will start from pitlane as punishment for his part in last Sunday’s horror smash.

Brad Binder was seventh on the works team KTM ahead of Tech3 rookie Iker Lecuona, while Maverick Vinales and Fabio Quartararo rounded out the top 10.

Quartararo’s Austrian GP was hindered by braking issues, which appeared to rear their head again after he ran off at Turn 6 at one point – the championship leader visibly angry about it.

FP1 was a low-key session for Valentino Rossi, who was 17th ahead of LCR’s Cal Crutchlow, while 19th-placed Tito Rabat was the only faller in the session.

Fri Aug 21 , 2020
Johann Zarco has been penalised with a pitlane start for the MotoGP Styrian Grand Prix for the horrific crash with Franco Morbidelli a week ago at the Red Bull Ring. Zarco and Morbidelli suffered a 200mph collision after the Turn 2 kink during lap 10 of the Austrian GP last […] 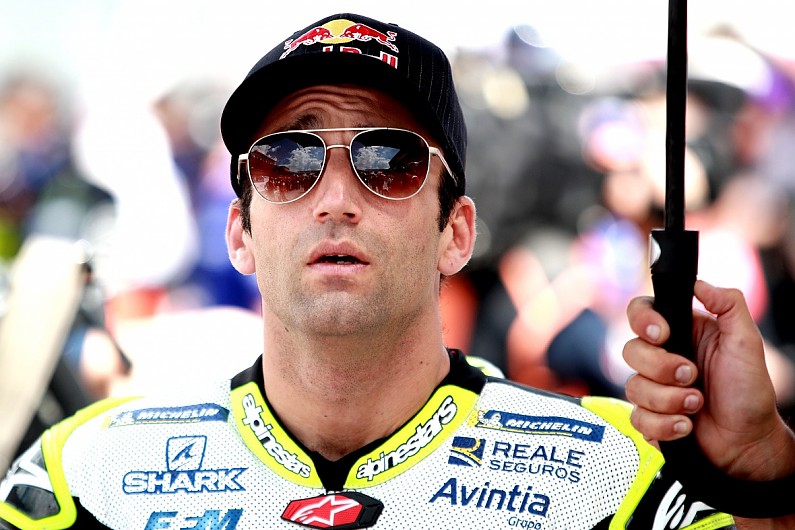