Mazda celebrates its 100th birthday this year. While it won’t be breaking any sales or profits records in 2020, the firm is nonetheless in fairly good shape. Just as importantly, there is no one market upon which the company is reliant. As for future models, Mazda is well placed and looks set to continue a step-by-step move into premium brand territory.

The Flair Crossover, one of the brand’s smallest vehicles, is built by Suzuki and supplied to one of Mazda’s domestic market sales channels. A twin of the Suzuki Hustler, the second generation of this Kei-class crossover went on sale in Japan in February. The original was powered by a 658 cc three-cylinder engine and came in both front- and all-wheel drive forms. The same applies to the replacement. A facelift should take place in late 2022 with the third generation due at the end of 2025.

A second generation CX-3 is scheduled to arrive in 2021 although Mazda may delay this small SUV until the end of the year or even 2022. The new CX-3 will share the SkyActiv2 platform as introduced by the latest Mazda3/Axela. The life cycle should be six to seven years.

An electric vehicle which has a Wankel engine as a range extender is imminent. Expect it to share much with the CX-30 and MX-30. As for a name, RX-30, RX-30e, RX-40 and RX-40e have been suggested but each is speculative. The combustion engine will also run on LPG, the company says. More details can be found in PLDB.

The third generation CX-5 is 12-15 months away and may use either the SkyActiv2 platform, as introduced by the current 3 or Mazda’s forthcoming RWD platform. Some sources have suggested that the model name could switch to CX-50. Production will likely be in the same plants globally which build or assemble the existing model. The life cycle will probably be seven years, which means a facelift in 2025.

A CX-6 should be added to the line-up in multiple countries during 2021, some months ahead of the next generation CX-5. The cars will share an architecture and engines. It can be thought of a crossover-coupe rather than an SUV. As for where the CX-6 will be built, that should be at either Hofu 1 or Hofu 2 in Japan and also in China at Changan Mazda joint venture factory in Nanjing.

The CX-7 (it might instead be called CX-40, CX-60 or CX-70) will be a special SUV for North America. Due to arrive for the 2022 model year, it will be manufactured alongside a Toyota SUV (project code: 890B) at Mazda and Toyota’s forthcoming US plant, a greenfield site in Huntsville, Alabama.

The volume of each model will be 150,000 units a year. Initially, this factory was scheduled to manufacture a Mazda SUV and the Toyota Corolla. These plans changed and in July 2019 Toyota told the media that its model would instead be a new SUV. It is not yet clear what architecture and powertrains will be used for the Mazda, but it should be Toyota’s TNGA-K.

Mazda’s smallest car is called Flair Wagon and restricted to Japan. The third generation of this mini-vehicle is, like the first, supplied by Suzuki: it is a lightly modified Suzuki Spacia. Launched at the end of 2017, the Flair Wagon has about 30 months of production remaining, its successor being due in early 2023.

The 2 is one of Mazda’s oldest models and unusual compared to previous generation for having been in production for six years. What’s more, the life cycle will probably extend well into 2022.

Launched in Japan as the Demio in September 2014, Production of this five-door hatchback and four-door sedan series also takes places in Thailand. Both cars were facelifted one year ago, the name becoming standardised as Mazda2 in all markets at the same time. As for the next generation (J20), this should use either Toyota’s TNGA-B architecture or else Mazda’s own SkyActiv platform.

The current 3 (Axela in Japan) is now 18 months old so a facelift is likely to be one year away. The model name will probably change for the Japanese market at the same time, following this having taken place with the Demio/2. Recently, certain powertrain changes – including a 2.5-litre turbo – were announced for North America’s 2021 model year. Details can be found in PLDB, and expected life cycle dates seen there too.

The fourth generation 6/Atenza was to be based on the SkyActiv 2 architecture with build again taking place in Japan, China and Russia. Now, sources claim that production won’t commence until Japan’s fiscal 2022 and that the project has been switched to Mazda’s forthcoming next generation rear-wheel drive (and all-wheel drive) architecture. That also means that in-line six-cylinder engines should be available for the US and certain other markets.

It seems the company will attempt to shift the 6 into the segment where the BMW 3 Series and Mercedes-Benz C-Class set the standard: a risky move. Nonetheless, if the car ends up looking like the Vision Coupe concept from the 2017 Tokyo motor show, then perhaps Mazda stands a chance of attracting buyers of premium brand models. The company is in a bind as while D segment sedans are still big business in China, demand for such models from non-premium makes has collapsed in the US and Europe.

The 6 should have a seven-year life cycle with two facelifts although the car may stay in production in China for a couple of years after build ends in Japan, as has been the case with previous generations. The third generation 6/Atenza will have been in production for more than a decade by the time the replacement is launched.

The fifth generation MX-5/Roadster should be released in 2023. As per the current model, the car should be manufactured in Japan for eight years with a facelift at the four-year mark. The existing model’s platform will be retained, albeit in updated form. There is a chance that this vehicle might be available with the future in-line six-cylinder petrol engine.

Reports for many other manufacturers’ future models are grouped in the OEM product strategy summaries section of just-auto.com.

More detail on past, current and forthcoming models can be found in PLDB, the future vehicles database which is part of GlobalData’s Automotive Intelligence Center. That includes Mazda vehicles not reported on above.

The next OEM to have its future model plans looked at will be Aston Martin Lagonda.

Why a short MotoGP season without Marquez still counts

Tue Aug 4 , 2020
The news that MotoGP champion Marc Marquez is set to miss several races after a second surgery on his broken arm presents a huge opportunity for his rivals. But any claims that the 2020 season will be devalued simply don’t wash with three-time 500cc world champion Wayne Rainey, as he […] 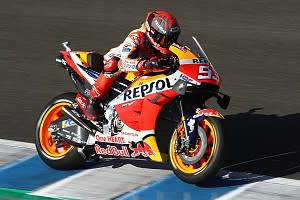