INDIANAPOLIS – Marco Andretti was not crying. He wants you to know that. His eyes looked red, but he’d just rocketed four times around Indianapolis Motor Speedway, hitting speeds of 240 mph to win the pole for the 2020 Indianapolis 500. Driving that fast in an open cockpit, maybe that’s what happens to your eyes. Like any of us would know.

His words were coming out in croaks, but he had an explanation.

“I was screaming after the run,” he was telling reporters afterward on a Zoom video call. “Everyone thinks I was crying. I just can’t talk now.”

No tears, but he was emotional. Marco will hoarsely concede that much. He has his reasons, and if you’re a racing fan, you know them. You know his grandfather, Mario Andretti. You know his father, Michael Andretti. Mario is one of the greatest drivers of all time, Michael was one of the best of his generation, and combined they won just one Indianapolis 500 – Mario, in 1969.

Andretti Herta Autosport with Marco & Curb-Agajanian driver Marco Andretti (98) gets out of his car after securing the pole position during the Fast Nine Shootout qualifying for the 104th Indianapolis 500 at Indianapolis Motor Speedway on Sunday, Aug. 16, 2020. (Photo: Mykal McEldowney/IndyStar)

Any idea how many weird things had to happen to keep this family from winning another Indy 500 or two … or 10? Including one by Marco himself, back in 2006? There’s a phrase for it: The Andretti Curse.

But if you’re a racing fan, you know that.

And you know his second cousin, John Andretti. Another racer with that last name, not as good as Uncle Mario, not as good as Michael or Marco, but a giant here in the central Indiana community. John Andretti was raising money for Riley Hospital for Children years before the cancer came for him, presenting as Stage 4 colon cancer in 2017 and coming back with a vengeance in 2018. John Andretti died in January, a fundraising force of nature to the end. He was 56.

Probably knew that, too.

Marco was emotional, but not crying. He was racing for his father, owner of the Andretti Autosport team that placed the top four drivers in the Fast Nine Shootout. He was thinking of his grandfather. And when he’d been rocketing around IMS at speeds reaching 240 mph, he hadn’t been driving alone.

Marco Andretti gets a bad rap. Scott Dixon wants you to know that.

Dixon, having another of his dominant seasons on the IndyCar circuit, is the guy Marco beat for the pole by 17-hundredths of a second on the day’s final run. Afterward, Dixon was one of a handful of drivers waiting for Marco when he climbed out of his car, his eyes red and his voice hoarse, but not crying. Definitely not crying. Dixon gave him a hug, then volunteered to NBC’s national television audience: “He can get a bad rap from a lot of people, but he’s such a nice person.”

It was a curious thing to offer, and later on a Zoom call with reporters Dixon was asked about it. Halfway through the question, aware of the lid he’d opened, he was smiling. Wincing, you might say. He really likes Marco. Wasn’t trying to cause problems for him.

But let’s be honest: Marco has his share of haters. All big-time athletes do, it’s true, but Marco generates more heat than most. Part of it is his name, his genetic good fortune drawing ugliness from the envious, same as Dale Earnhardt Jr. faced in NASCAR. Dale Junior faced it with more grace, in part because he’s won so much, and in part because he’s just a sweet, sweet man.

Has anybody ever called Marco a sweet, sweet man? He never had a chance, really, bursting onto the scene as a 19-year-old IndyCar rookie, entering the 2006 Indianapolis 500 and nearly winning the damn thing, losing on the final lap when Sam Hornish blew past him for a 0.0635-second margin of victory – one flap of a hummingbird’s wings.

Marco Andretti was angry when he met with the media afterward, something that has followed him for 14 years, something he has repeatedly referenced since. He referenced it again Sunday, after winning the pole, as he discussed the cruelties of this particular race:

When he climbed from his car, the sounds of his team’s celebration echoed off the empty grandstands. But Marco Andretti was not alone. He may get a bad rap, but drivers were lining up to congratulate him.

Why, a reporter was asking Scott Dixon on the Zoom call, does Marco Andretti get a bad rap?

“I dunno,” Dixon said, ‘The Ice Man’ looking a bit rattled by his unforced error. “I just know him as Marco my friend.”

“He’s a great person,” Dixon said. “His family, everybody included, is. I’m not really sure why.”

The garage’s reaction would support that. Drivers from Andretti’s team, other teams, seemed like every team were on the track to pat him on the back or bump fists.

Marco’s reaction to winning the pole was charming, the way he repeatedly mentioned “my grandfather.” It started when he climbed from his car and immediately told NBC that he’d stepped out of his motor home that morning, noted the windy conditions, and remembered something “my grandfather” always said:

“He said: ‘The wind will scare you, but it will never crash you,’” Marco was remembering. “Today, he was right.”

Later Marco was asked about the pros and cons of starting from the pole (driving in the clean air) or running second (drafting, fuel conservation). Marco spoke for a while, then said:

“You always get better fuel mileage running second,” he said. “But I don’t want to get yelled at again by my grandfather.”

He mentioned his grandfather a few more times before being asked about his detractors. Marco, infamous off the track for his once-biting blog, his friendship with Paris Hilton – they met at the Playboy Mansion, for heaven’s sake – and his feisty demeanor, said he doesn’t think about his detractors anymore. Once upon a time, he has admitted, yes: He didn’t like the way people attacked him on social media.

“I definitely do not wake up and think about what people say about me, that’s for sure,” Marco said. “It’s days like today that help, I suppose. I can look you straight in the eye and say: It does not affect me one bit.”

Marco was conducting the Zoom call on his phone, walking around the IMS garage, getting away from the noise of revving engines. As he was hanging up, his phone rolled over and showed the bluest skies you’ve ever seen.

Find IndyStar columnist Gregg Doyel on Twitter at @GreggDoyelStar or at www.facebook.com/gregg.doyel.

Thank you for being a subscriber!

Sun Aug 16 , 2020
INDIANAPOLIS (AP) — Two-time world champion Fernando Alonso and Tony Kanaan, the 2013 Indy winner, knew Friday night where they would be starting the Indianapolis 500. Will Power, the 2018 Indy winner, had a pretty good sense, too. None expected to be competing in Sunday’s nine-car pole shootout. None did. […] 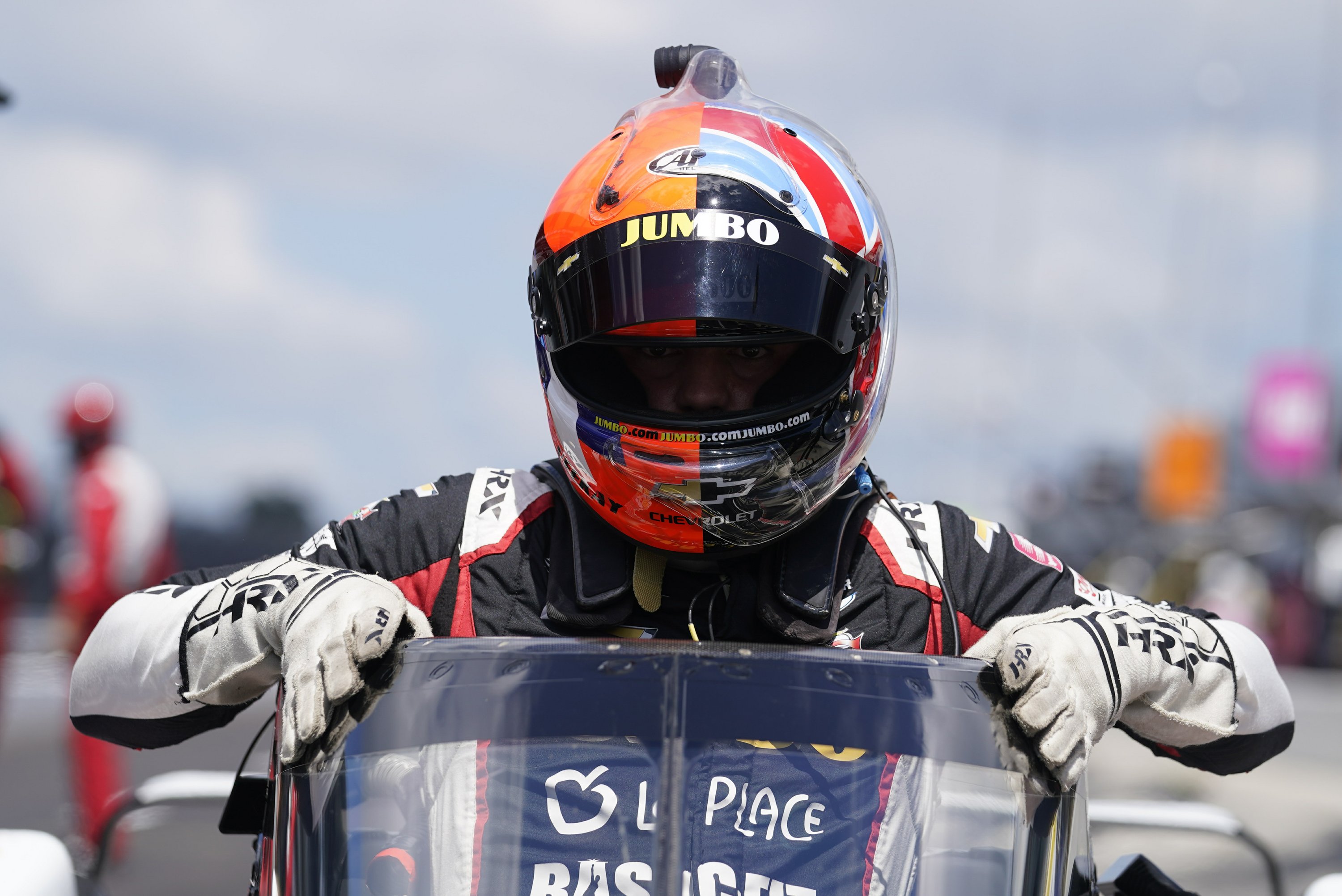