Marco Andretti went out in the heat of the day and set the fastest speed in the opening three hours of qualifying for the 104th Indianapolis 500 on a day dominated by Andretti Autosport and Honda.

Andretti’s four-lap average of 231.351mph in the US Concrete Honda just edged teammate Ryan Hunter-Reay’s average of 231.330mph in the DHL Honda and Alexander Rossi’s 231.268 mph in the NAPA Honda in the fight to make Sunday’s Fast Nine shootout.

“Man, when it all comes together it’s beautiful,” said Andretti, who ran in the heat of the afternoon after most of the fast times were set in the first 90 minutes “The balance was great. Honda brought it this year, so thanks to them, and now we’ve got to do it one more time tomorrow.”

James Hinchcliffe, one of six Andretti drivers, posted the fourth-fastest speed of 231.195mph but the biggest surprise off the first day was rookie Rinus Veekay in the Jumbo’s Chevy.

Not only did he beat his owner Ed Carpenter and teammate Conor Daly, Veekay was the fastest Chevrolet in the field and the only BowTie car in the fast nine with less than three hours remaining.

It was a real disappointing start for Team Penske as defending IndyCar champ Josef Newgarden had to settle for 13th, while Will Power was mired in 24th and last year’s winner Simon Pagenaud was 27th.

Qualifying continues through 5 p.m., when the final line-up for tomorrow’s Fast Nine will be set.

Sat Aug 15 , 2020
As Lewis Hamilton claimed his 92nd career Formula 1 pole position at the Spanish Grand Prix, qualifying had a familiar feel but surprises could be sprung in Sunday’s race. Having dominated practice, Mercedes secured another 1-2 in qualifying with Hamilton edging team-mate Valtteri Bottas by 0.059 seconds, while Max Verstappen’s […] 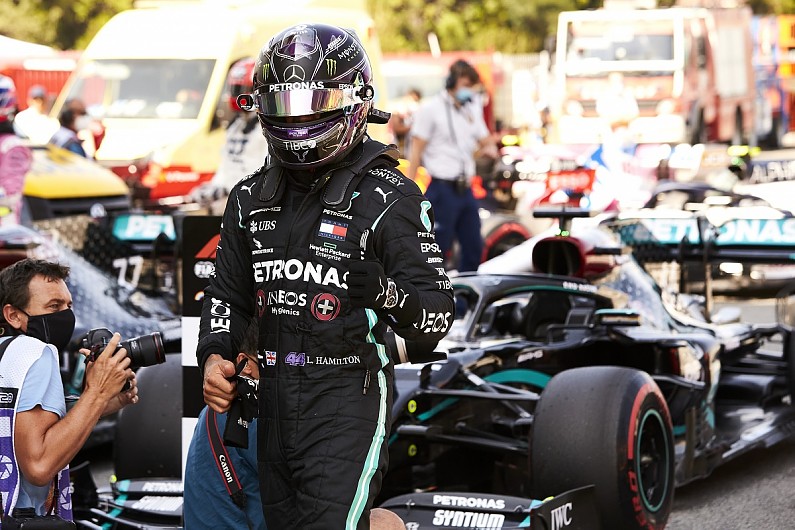