“It’s because of the car they put together,” Andretti said. “I was able to just do my job. Man, when it all comes together, it’s beautiful. The balance was great. The power, Honda brought it this year, so thankful to them. Just have to nail it. Today the goal was top nine.”

That remained the goal for his father. The owner of Andretti Autosport vowed his work wouldn’t end until all six of his cars were in the top nine. With all 33 cars having made at least one qualifying attempt, Colton Herta was in 10th, and Zach Veach was 15th with three hours remaining in Saturday’s session.

Michael Andretti said his team was unsure it would be so fast in qualifying until Friday’s practice.

“Honda did a tremendous job,” he said. “We were behind last year, but they worked hard over the offseason and gave us the car to be where we are. The team worked hard. Honestly, it’s really crazy. We got a little more confident every day, and yesterday we got a lot more confident, and our goal was six in the top nine. It’s just been amazing. So happy and proud of all the hard work the team has done.”

Dispelling predictions that his early afternoon draw would make a fast lap impossible because of a slick track in hot weather, Marco Andretti opened with Saturday’s first 232 mph lap around the 2.5-mile oval.

“Blew me away,” Michael Andretti said. “That first lap was amazing. We were all shocked by it. The last two laps he was pedaling the heck out of it. He went loose and hung with it. He did a great job.”

“I think we have some more speed there,” said Palou, a 23-year-old Spaniard who raced the first oval in his career two months ago at Texas Motor Speedway. “So hopefully we get to the Fast Nine, this team deserves it.

“The team gave me such a good car that we need to go to the Fast Nine, we need to try to get that pole. I think we can fight with the Andretti cars. It’s just a shame it was too hot now and that made our run a bit more difficult.”

With the fifth-best speed, Rinus VeeKay of Ed Carpenter Racing was the only Chevrolet driver in the provisional Fast Nine that will square off for the pole position Sunday afternoon. It was an impressive showing for the Ed Carpenter Racing rookie, who finished in last year’s Indy Lights race at IMS and has four podiums on ovals during his Road to Indy career.

VeeKay said he was shaking before he got in the car, “but I just went, and the car felt as good as it has all week.

“I don’t know that I’ve been doing differently from the other Chevys,” VeeKay said. “It’s looking tough out there. It’s good to be the Chevy in the top nine.”

The next-best Chevy was Josef Newgarden of Team Penske. Buried outside the top 20 was the No. 12 Penske Chevy of Will Power, who had warned during the Fast Friday practice that his team was in major trouble for earning a decent starting spot.

“Got to be one of the slowest cars out there by the look of it,” Power said. “I was wide open the whole time. Just blows my mind every time I come here. I’ve got so many poles at any every other track and never had the fastest car here. Never. And I don’t know why.

“I ran less downforce than Josef and went slower, so that’s it, man. I reckon that’s it. That’s what we got.”

Though he has yet to qualify first at the Brickyard, Power usually is in the hunt. In 11 previous Indy 500 starts with Penske from 2009-19, the Australian had started at least ninth or better, including four front row spots in qualifying.

This will be Power’s worst start since he qualified 23rd as a rookie in 2008.

“We’ll focus on the race now,” he said. “It’s a long day, and you can win from anywhere here. We’ve got to work hard on the race car and have some fun next weekend.”

Milton Reveals a Bit More about Nikola Two, But Questions Remain [Commentary] - On the Road

Sat Aug 15 , 2020
Will the Nikola be everything it’s promised so far? Photo: Jim Park Is Nikola Motors’ Nikola Two hydrogen-electric truck an honest alternative to diesel-powered long-haul trucks, or is it just high-value vaporwear? There’s intense debate in tech circles as to the validity of this enterprise. Few companies in the tech/automotive […] 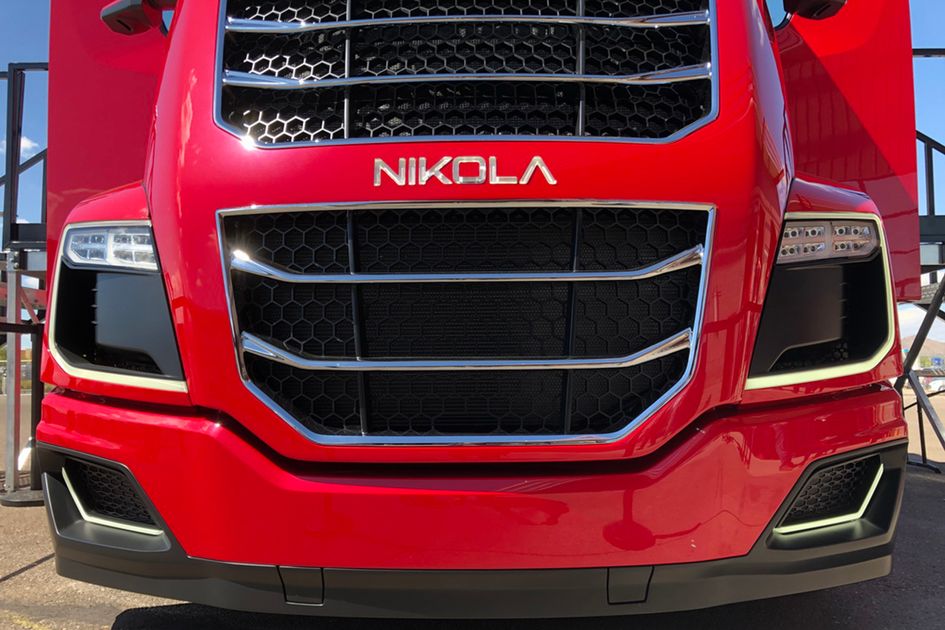