Marco Andretti backed up his practice pace with a scintillating performance in Saturday’s opening round of qualifying to post the fastest speed and become the favorite for Sunday’s pole position shootout.

In a day dominated by Andretti Autosport and Honda, Andretti averaged 231.351 mph in the U.S. Concrete Honda to edge teammates Ryan Hunter-Reay and Alexander Rossi in the scramble to reach the Fast Nine. James Hinchcliffe, one of six Andretti drivers, wound up fourth fastest as Michael Andretti’s team really flexed its muscle.

“I felt pretty good last night, but didn’t expect it to be this way,” said Michael Andretti when asked if he expected that kind of domination from his Indianapolis-based team.

Perhaps the most impressive thing about his son’s run was the fact it came in the heat of an 88-degree day after most of the quick times were set in the first 90 minutes when it was 20 degrees cooler.

“Man, when it all comes together it’s beautiful,” said Marco, who practiced at 233 mph on Friday. “The balance was great. Honda brought it this year, so thanks to them. Now we’ve got to do it one more time tomorrow.

“Every qualifying session in IndyCar is about execution,” Andretti continued. “You have to nail it and we did today.”

The third-generation driver from the famous racing family has struggled for results in recent years and hasn’t won a race since 2011, but he’s always been quick at IMS and was not out of the top three in all three days of practice.

“Marco was out in the heat of day. (If he) gets out in cooler conditions or at least the same as everyone else, he’s got a pretty good shot (at the pole),” said Michael, a driver who led 431 laps at Indy but never made it to Victory Lane.

“Our goal today was the Fast Nine and we’ve still got some tricks up our sleeve,” said Rossi.

Scott Dixon looked like he might knock Andretti off the top spot during the final run of the day when he opened with a lap of 232 mph. But he called off his run on the fourth lap.

“Just doing some fine tuning for tomorrow,” said the 2008 winner who wound up fifth in the PNC Honda when asked about aborting his run.

Honda had dominated practice and wound up with eight of the top nine spots in qualifying. And that left Team Penske in an unusual position — way back. Josef Newgarden starts 13th but his teammates, all former winners, will have to do quite a bit of passing come August 23: Will Power qualified 22nd, defending champ Simon Pagenaud 25th, and three-time winner Helio Castroneves was 28th.

“A long day but we’ll (be) ready for the race,” said Newgarden.

Meanwhile, two rookies stole the spotlight from many of the veterans as Rinus VeeKay (Ed Carpenter Racing) and Alex Palou (Dale Coyne Racing) claimed the sixth and seventh slots, both advancing to the Fast Nine.

Sat Aug 15 , 2020
BMW has signed a deal with Northvolt for 2 billion euros ($2.3 billion) to supply battery cells to power the automaker’s electric vehicles. Northvolt, a Swedish company started by two former Tesla executives, will manufacture the cells using renewable electricity at a new plant in northern Sweden and deliver them […] 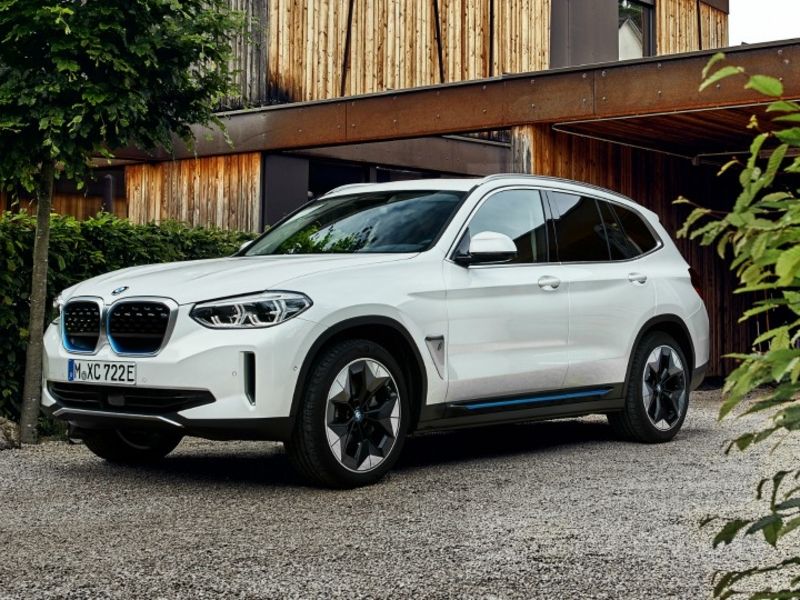