INDIANAPOLIS — Marco Andretti has won the pole for the Indianapolis 500 in a lightning-fast first step toward snapping the infamous “Andretti Curse” at Indianapolis Motor Speedway.

Andretti logged a four-lap average of 231.068 mph in Sunday qualifying, and an Andretti will lead the field to green for the first time in 33 years. Mario Andretti won his third and final pole for the Indy 500 in 1987, when grandson Marco was an infant.

As Marco Andretti surveyed the conditions before Sunday qualifying, noting the wind had picked up from a day earlier, when he was also the fastest in the field, he remembered advice Mario Andretti has long shared with the racing family.

“He said, ‘The wind will scare you, but it will never crash you,'” Marco Andretti said, tears in his eyes.

The third-generation driver was greeted by his Andretti Autosport teammates, then he shared an embrace with his father, Michael, the team owner. Mario Andretti scored the only Indy 500 win for the family in 1969; Michael Andretti fell short in 16 tries, and the Aug. 23 race will be Marco Andretti’s 15th attempt.

“Fantastic. It was unbelievable,” Michael Andretti said. “He didn’t take his foot off the gas.”

Andretti Autosport had claimed four positions in Sunday’s fast nine shootout that sets the first three rows for the Indy 500. But teammates James Hinchcliffe, Alexander Rossi and Ryan Hunter-Reay didn’t have the same speed they did Saturday, and Michael Andretti feared his team would be shut out from the front row.

Scott Dixon posted a four-lap average of 231.051 mph to take over the top spot and held it until Marco Andretti went out last. Andretti’s first two laps were blistering, and he said he really began to feel the wind on the second lap. He held it open and powered through for a momentous achievement for the Andretti family.

“He deserves it. I know what this place means to his family and especially him,” Dixon said. “He did a good job even under this pressure to make it work. If anyone was going to do it, I hoped it was Marco.”

Nearly every driver in the field made their way to pit lane to congratulate Andretti, who like his father has been haunted at Indianapolis. Marco Andretti has never improved on his runner-up finish as a rookie in 2006. His father, who never won a pole, finished second in 1991.

“An Andretti on the pole at Indianapolis — too bad we couldn’t hear the crowd explode,” teammate Hunter-Reay said.

The 104th Indy 500 will be the first in race history without spectators as the coronavirus pandemic forced new track owner Roger Penske to close the gates to the public.

Rinus VeeKay, a 19-year-old rookie for Ed Carpenter Racing, was fourth and the only Chevrolet driver in the fast nine. Hunter-Reay and Hinchcliffe filled out the second row.

Alex Palou, a rookie for Dale Coyne Racing, was seventh and will start alongside Graham Rahal and Rossi.

Sun Aug 16 , 2020
Darron Cummings/AP Scott Dixon will start at No 2 on the grid for the Indy 500. Scott Dixon just missed claiming pole position for the Indianapolis 500 as Marco Andretti pipped him in the dying stages of the Fast Nine Shootout to determine the starting order for the famous race. […] 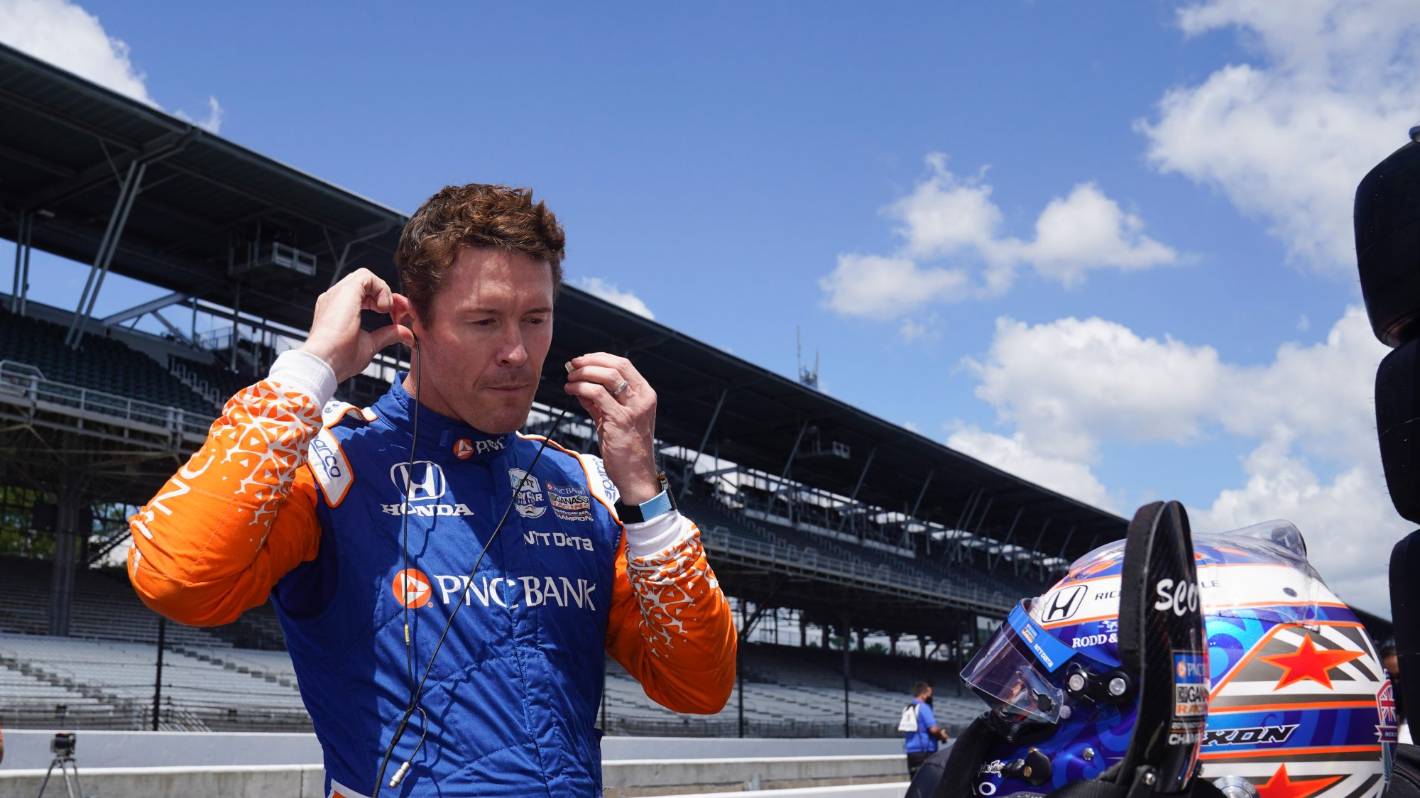