The Andretti Autosport cars quickly jumped to the top of the board with Marco Andretti logging a lap of 233.491 miles per hour. It’s the fastest lap in a practice — which is considered unofficial — since Sebastien Bourdais went 233.116 mph in 2017.

The speed record at Indianapolis Motor Speedway belongs to Arie Luyendyk, who went 239.260 miles per hour for an unofficial mark during practice on May 10, 1996. Two days later, he turned a lap at 237.498 mph in qualifying.

The Honda teams seemed to quickly adapt to the traditional speed bump given by IndyCar the day before Saturday qualifying for the Indy 500. Andretti teammates Ryan Hunter-Reay, James Hinchcliffe, Alexander Rossi and Zach Veach all topped 231 mph.

“It is crazy jumping in with that boost,” said Hinchcliffe. “Going 231 around Indianapolis? Man, this is fun.”

Andretti said his goal is to crack the the top nine in qualifying to ensure a starting spot in the first three rows for the Aug. 23 race. The starting order is determined by a four-lap average for each driver, and Andretti said his team will spend the rest of Friday focusing on finding consistent laps.

“The first thing you need is speed and then you need to put the four laps together,” Andretti said. “The luxury is we have the speed. We don’t need to find speed, we need to find four laps.”

Fernando Alonso was ready to practice after the Arrow McLaren SP team worked into the early morning to fix the car Alonso crashed with an hour remaining in Thursday’s practice session. The repair work to the Chevrolet went well after midnight.

Scott Dixon had an electrical issue at the start of the session and missed nearly 90 minutes of practice as Chip Ganassi Racing repaired the problem. When he got on track, the five-time IndyCar champion went 231.617 mph.

Team Penske, meanwhile, appeared not to be in a hurry to get on track and was just towing its cars out to pit lane 90 minutes into practice. Then reigning IndyCar champion Josef Newgarden turned just a few laps before Team Penske towed the car back to the garage as the organization recognized an issue and all its cars seemed to need immediate adjustments.

Three-time Indy 500 winner Helio Castroneves, in likely his final 500 driving for Roger Penske, said the Penske cars can’t get up to full speed.

Conor Daly was fastest earliest among the Chevrolet drivers with his lap of 232.337 mph good enough for second on the speed chart. Daly has shown consistent speed through three days at Indianapolis, where he’s working with Cole Pearn, the championship-winning crew chief in NASCAR who moved to Canada and quit racing at the end of last season.

Pearn has signed on as engineer for Daly for this one race.

Fri Aug 14 , 2020
INDIANAPOLIS — The horsepower boost sent speeds skyrocketing over 233 mph early on Fast Friday at Indianapolis Motor Speedway. The Andretti Autosport cars quickly jumped to the top of the board, with Marco Andretti logging a lap of 233.491 mph (375.77 kilometers per hour). It’s the fastest lap in a […] 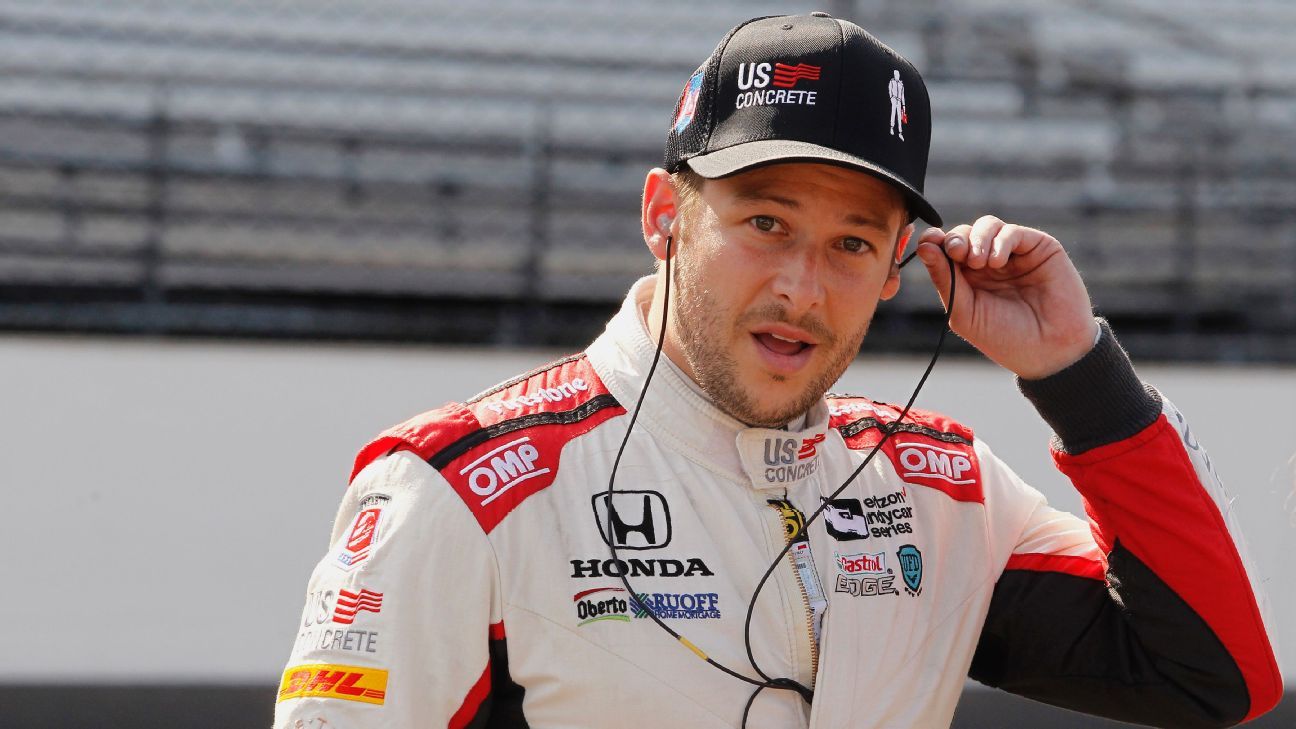