© Provided by The South African


Unless the world’s most populous nations adapt towards battery-powered vehicles, the idea of zero emissions motoring is a fallacy.

Tesla’s success has been inspiration for a wave of disruption and innovation in the traditional automotive realm, but beyond China, is has a limited presence in the developing world.

India’s automotive economy is large but relatively shielded. It has significant domestic vehicle brands, such as Mahindra, but the world’s second-most populous nation is not moving speedily towards battery mobility.

Chinese industrial pollution and respiratory issues forced Beijing to enact very strict new measures, incentivising its domestic production and demand of battery-powered vehicles. With India, there appears to be indecision — but that is all set to change.


Getting a huge market to go electric

Mahindra has invested to produce electric variants of some production models, such as the eVerito compact sedan. It features a modest 30kW electric motor and 140km range. Those numbers might appear deeply underwhelming, but one has to consider the epic traffic and short driving distances that most Indian car owners encounter.

An electric vehicle is much more efficient at crawling speeds, in congested traffic, than a comparatively sized petrol or diesel vehicle would be. Despite the lack of outright range, Mahindra’s eVerito offers a compelling alternative to the pure petrol vehicles, especially in heavily polluted cities, where speeds are low.

What would revolutionise the Mahindra electric vehicle offering, is a dedicated battery vehicle architecture. Instead of simply adding battery packs and an electric motor to its existing vehicle platforms, redesigning the entire structure for a battery-specific purpose will yield huge gains in packaging improvements.

Mahindra owns a valuable potential electric vehicle asset, in the Pininfarina. This famous Italian automotive design consultancy was acquired by Mahindra in 2015 and it has a production ready battery hypercar, called the Batista, which is nearly ready for production.

The Pininfarina Batista hypercar was due for launch in 2020, but the COVID-19 pandemic has stalled its debut. Mahindra is seeking partners to help it scale promising electric vehicle concepts, although there is one battery project which appears close to mass production.

South African customers are familiar with Mahindra’s bakkies and the company’s XUV300 SUV. Good news is, that an eXUV300 battery-powered version is being planned for 2021, offering 370km of driving range.

Energy Transfer: Get Paid An 18% Yield While Waiting For A 50% Increase In Units (NYSE:ET)

Sun Aug 23 , 2020
Energy Transfer (NYSE:ET) is frequently written about on Seeking Alpha. Over the past 90 days, 15 contributors have written about ET, 4 were very bullish, 6 were bullish, and 5 were neutral. Wall Street also has its eye on ET as 19 analysts have applied ratings to ET of which […] 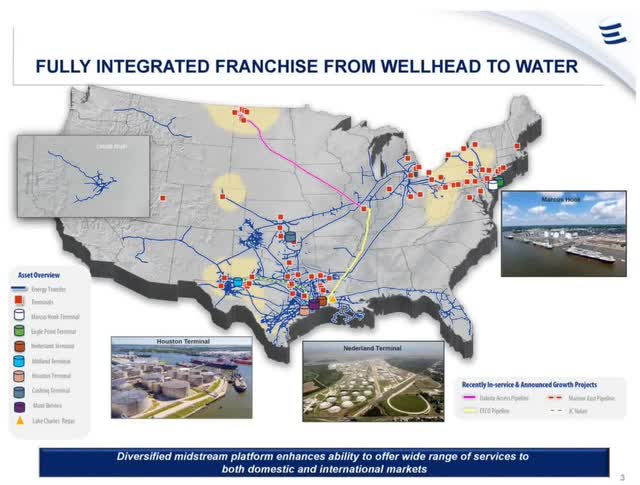