Ducati sporting director Paolo Ciabatti says Jorge Lorenzo’s name “may still be” on the table for Ducati’s MotoGP line-up following the announcement that Andrea Dovizioso has quit for 2021.

On Saturday morning at the Austrian Grand Prix, Dovizioso’s manager Simone Battistella confirmed Dovizioso would not be renewing his contract with Ducati for 2021 following a meeting between both parties.

This came just a day after Ducati said it would make a decision on Dovizioso’s future after next week’s Styrian Grand Prix, with talks having stalled in recent weeks seemingly over money.

Speaking to DAZN, Ciabatti admits Ducati hadn’t made a decision on Dovizioso and will assess its options ahead of the Misano races.

“We have not made a decision, really our idea was to wait for the second race to sit down [with Dovizioso],” Ciabatti said.

“In the end, they have decided before to have their head free and that’s how it is.

“We will see, we have different options and we will assess them before Misano.”

With the seat alongside Jack Miller for 2021 now vacant, talk has once again surrounded a shock Ducati return for three-time MotoGP world champion Lorenzo.

Lorenzo raced for Ducati in 2017 and 2018 (below) and won three races, but was ousted from the squad for 2019 early the preceding year – before coming into strong form on the Desmosedici. 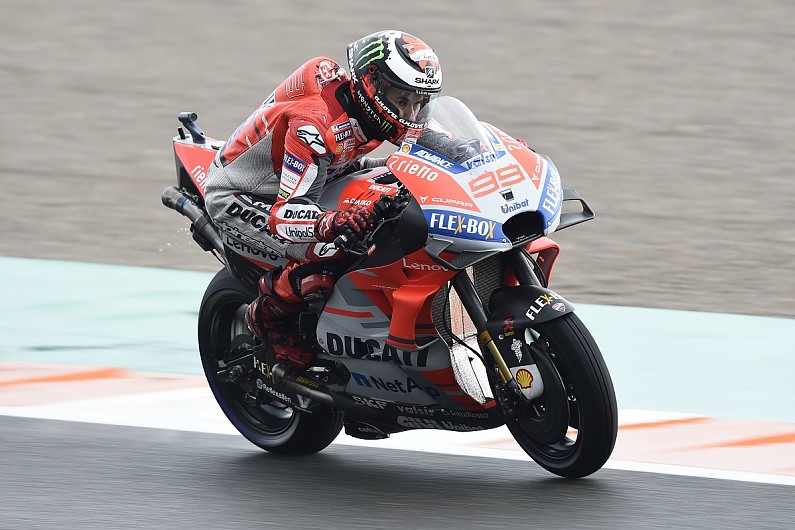 An ill-fated switch to Honda in 2019 led Lorenzo into retirement at the end of last year, before returning to Yamaha as a test rider for this year.

Ducati confirmed last week that Lorenzo had “proposed” himself as an option for 2021.

Ciabatti says Ducati would like to continue with Francesco Bagnaia and Johann Zarco in its fold at one of its teams, and confirms there is no “pre-agreement” with Lorenzo – but did not rule him out.

“Surely we want to continue with Pecco and Zarco and we are going to work with them,” Ciabatti added.

“There is no pre-agreement with Lorenzo. His name has been on the table and may still be.”

Battistella confirmed earlier that no deal had been tabled by Ducati for 2021, while adding that there are no plans for Dovizioso to sit out next year despite options being limited to Aprilia.

Ducati did attempt to get Lorenzo back into its fold for 2020 during last year’s Austrian GP weekend, when it made a play to get him onto a Pramac-run GP20 in place of Miller.

Lorenzo ultimately committed to his two-year deal at Honda at the time.

Sat Aug 15 , 2020
The Formula 1 race stewards have opted to take no action against Esteban Ocon or Kevin Magnussen following their “unfortunate” accident in final practice for the Spanish Grand Prix. Renault driver Ocon crashed into the wall during the closing stages of FP3 at the Circuit de Barcelona-Catalunya while trying to […] 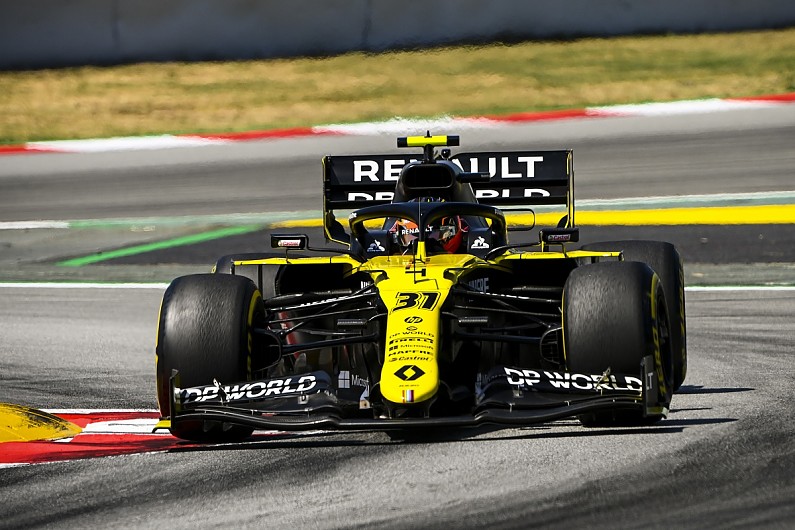