Scott Dixon showed some decent speed ahead of next week’s Indy 500.

The IndyCars series leader finished qualifying on Sunday in fifth position, ahead of Monday’s top-nine shootout.

But the 40-year-old Chip Ganassi Racing driver actually recorded the fastest lap of the day, at 232.356 mph, in an aborted qualifying run at the buzzer which he said wasn’t an attack on those placed ahead of him.

Marco Andretti led a Honda rout on the first day of qualifying – a session dominated by Andretti Autosport and Honda as Team Penske was shut out of pole contention.

Andretti posted a four-lap average of 231.351 mph to top the speed chart ahead of team-mates Ryan Hunter-Reay, Alexander Rossi and James Hinchcliffe. The fastest nine advance to the shootout that determines the first three rows for the Indy 500.

The Andretti organisation grabbed four of the slots and Honda drivers took eight of nine overall.

“The biggest hurdle when you come to Indy is speed,” Andretti said. “We had it. But then you start to wonder – is Chevy sandbagging? Is it too good to be true? Man, Honda brought it. We’ve got the speed down. We’ve just got to execute.”

“He blew me away,” Michael Andretti said. “That first lap was amazing. We were all shocked by it. Last two laps he was pedalling the heck out of it. He did a great job.”

“One of the challenges is trying to make all our cars equal,” he said. “They’re as close together as they’ve ever been. Until yesterday, I didn’t know where we were going to be. Then I thought we have a legit shot of putting six cars in the top nine.”

Fernando Alonso failed to find much speed, in what was a miserable day for Chevrolet. The two-time Formula One champion is attempting to close out motorsport’s version of the Triple Crown, but his Arrow McLaren SP entry has been behind since Alonso crashed late in Friday’s (NZT) practice.

Sat Aug 15 , 2020
Racing Point substitute Nico Hulkenberg admitted he “didn’t get everything from the table” after failing to progress into Q3 in Formula 1’s British Grand Prix qualifying. The German has faced a steep learning curve since jumping into the Racing Point RP20 on Friday morning in place of Sergio Perez, who […] 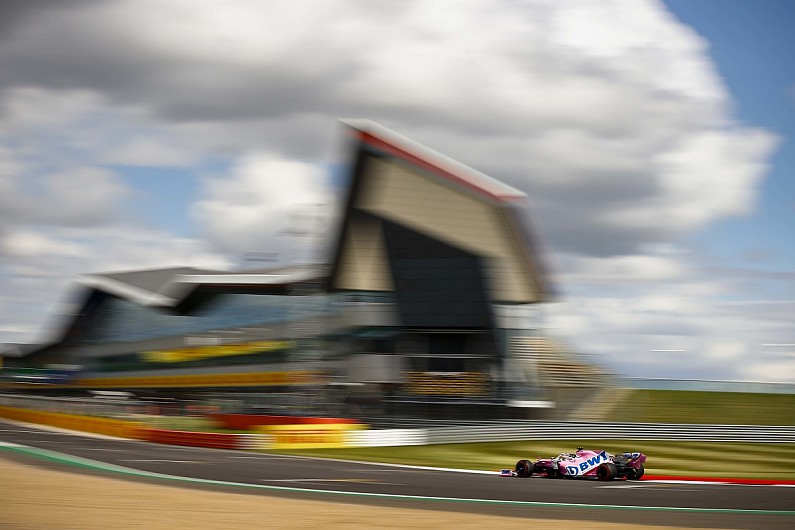