James Hinchcliffe paced the opening Indy 500 practice Wednesday at Indianapolis Motor Speedway, turning a 224.526 mph lap in his No. 29 Dallara-Honda.

Hinchcliffe, who is running the last of three races in a part-time schedule while also working as an IndyCar on NBC analyst this year, was one of three Andretti Autosport drivers in the top five. Marco Andretti (224.345) was second, and Ryan Hunter-Reay was fourth (223.341)

“It’s always nice rolling off the truck here with a car that’s got good pace,” Hinchcliffe told Dillon Welch on the NBC Sports Gold broadcast. “It’s a huge credit to everyone at Andretti Autosport. They’ve got a bunch of quick cars.

DAILY INDY 500 SCHEDULE: Click here for all on-track activity in August at Indy

“We just need to work on it a little bit and get the balance better working in a big group but can’t ask much more for the first day.”

Day 1 is in the books, and @Hinchtown is off to a solid start.

The @FollowAndretti driver finished P1 after 80 laps in #Indy500 practice at @IMS. pic.twitter.com/nW3LwrACi1

There were no incidents during the six and a half hour session, which included the Rookie Orientation Program.

Wed Aug 12 , 2020
James Hinchcliffe led an Andretti Autosport 1-2-4 on the opening day of practice for the 104th Indianapolis 500 as Fernando Alonso clocked the fifth fastest time. Making only his third IndyCar Series outing of the year, 2016 pole-winner Hinchcliffe turned a 224.526mph average on his 35th of 80 laps in […] 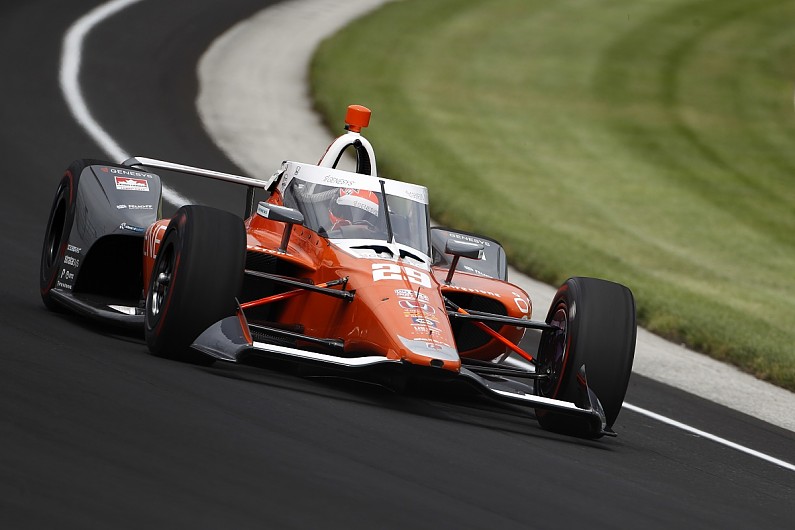