INDIANAPOLIS – Each year, when the entry list for the Indianapolis 500 presented by Gainbridge is released, there are a select group of drivers that have a “W” next to their name. It’s a designation they carry for the rest of their career – and their lives, for that matter.

It signifies they are “winners” of the Indianapolis 500.

“I think it’s nice to be on the list, the winning list, for sure,” said Sato, who won the 101st “500” driving for Andretti Autosport. “But once we get into the race weekend, it’s nothing really different, it’s just a focus. Even if you have experience, it doesn’t really matter for imagination. Compared to unknown territory, I just know how I feel it and how the team will feel it. You just want to repeat it.

“I think that’s why the multiple-winning Indy 500 winners are always just as hungry as (they were with) the first one.”

Although each “500” winner experiences the joy of winning the biggest race in the world and celebrating with the traditional bottle of milk and winner’s wreath in Victory Lane at Indianapolis Motor Speedway, the desire to win again is as intense as the first time.

Helio Castroneves won his first “500” as a rookie in 2001, then won again the next year to become the first driver since Al Unser (1970-71) to win back-to-back. Castroneves nearly made it a threepeat by finishing second to Team Penske teammate Gil de Ferran in 2003.

It wasn’t until 2009 that Castroneves got to celebrate a third “500” victory. He has been chasing a fourth win each year since and this year’s bid comes in his only NTT INDYCAR SERIES race of the season.

“There is no question we are going to do everything we can to be prepared for the Indy 500,” Castroneves said.

Dixon’s Indianapolis 500 win came in his championship season of 2008. He dominated that May and used the victory as a springboard to his second career season championship. With five series titles, Dixon has a legend in the sport. He is third in career victories with 49, closing in on Mario Andretti’s 52. A.J. Foyt leads with 67.

Dixon and Andretti share something else in common: Despite achieving legendary status with multiple INDYCAR championships, they only have one Indy 500 to their name.

“It’s a compliment you want to compare me to Scott Dixon in so many ways,” Andretti said. “Different times, of course. A lot of it is happening because of the love of driving, the commitment and the mindset. I can see he has his goals and he knows how to go about accomplishing them. I’m not in his head, but I think he is loving every minute of it.

“He is young enough to put up some really big numbers in the future. It’s all good for our sport and that is the ultimate positive to me. He deserves to be recognized for all of these accomplishments in a big way.”

Kanaan won the NTT INDYCAR SERIES championship in 2004 with Andretti Autosport and the Indy 500 in 2013 with KV Racing Technology. One of the most popular drivers in Indy 500 history because of his tenacious racing style, the Brazilian earned his likeness on the BorgWarner Trophy in his 12th “500.”

“It is one of my very special moments in my career, and that was one of the things that kept me going to come back here and trying to win this thing, and it still makes me come back every year,” Kanaan said. “You can’t talk about Indianapolis without thinking about the Indy 500. The city is on the map in a lot of places because of the race.”

Hunter-Reay’s “500” win in 2014 was one of the most thrilling in event history as he battled Castroneves to the checkered flag.

Two years later, in the 100th “500,” a rookie driver whose career path had been charted to Formula One scored a stunning victory to forever change his career path. At the time, Rossi might have just been passing through INDYCAR. Instead, he found his racing home.

“I’m a big advocate that God has a bigger plan than all of us and what we know or don’t know,” Rossi said. “It’s cliché to say, but when one door closes another one opens, and that applied to 2015 going into 2016.

“I feel very fortunate and blessed to have gotten that opportunity to get a career lifeline in some form. Somehow, we won the Indy 500 with that and here we are, going into Year 5 (in INDYCAR). I’m grateful to Michael Andretti and Bryan Herta, who gave me the opportunity. To continue to drive for both of them in some capacity is very special.

“I hope we can accomplish a lot together in this next phase of my career.”

Rossi also understands that in some ways Indianapolis Motor Speedway chooses its “500” winner, not the other way around.

“You can have the best car; the best strategy and the best things fall your way and you still don’t win. But, that’s the Indy 500 and INDYCAR.”

That leads into the most unusual Indianapolis 500 in history, the only time the race has been moved from May to August. It will also be the first time where the largest crowd to annually attend a single-day sporting event will not be allowed to attend because of COVID-19 protocols.

The drivers will miss the fans, but once the race starts the focus will be on winning.

“Certainly, there’s not a day that goes by that you don’t think about or dream about winning the Indy 500. Clearly, winning it this year would be slightly different than maybe other years, but it all means the same. We want to go win the thing, find ourselves in Victory Lane. We’re going to try hard to make that happen.”

Is this the year for national racing's nearly-man? - National

Tue Aug 11 , 2020
The spate of COVID-related withdrawals from the British GT Championship leaves a clear favourite on paper ahead of this weekend’s opening round. But as JAMES NEWBOLD explains, it’s not as simple as that Joe Osborne describes Phil Keen as “weird”. In the most endearing way possible, of course. The McLaren […] 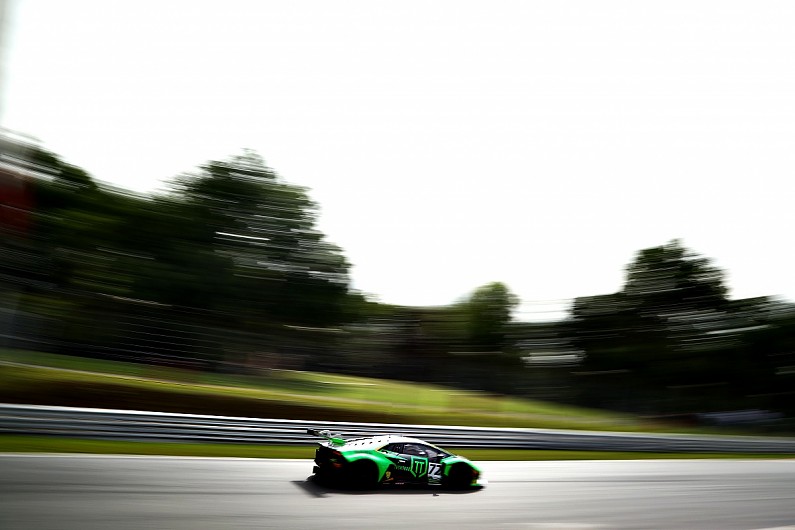